A temperature drop of ten degrees Celsius in the central High Plains on Thursday heralded a winter storm forming over much of the United States. 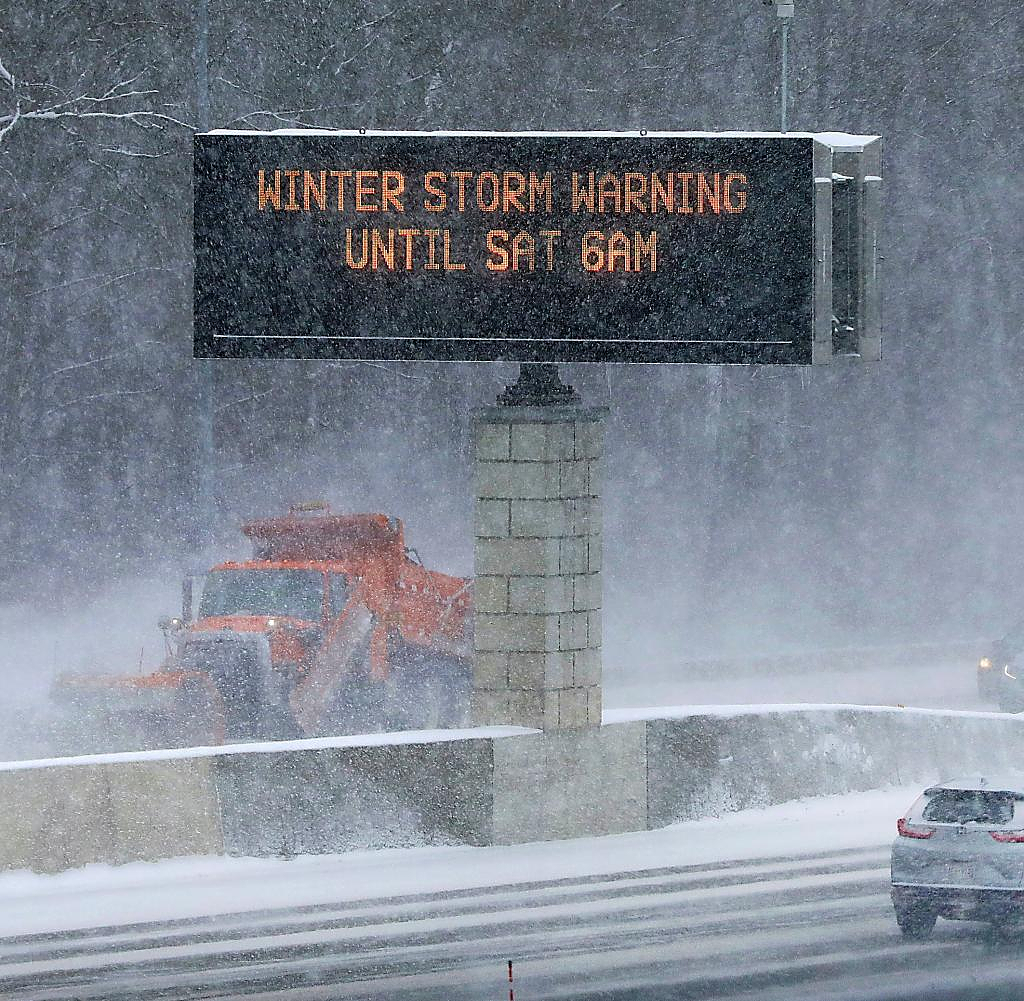 A temperature drop of ten degrees Celsius in the central High Plains on Thursday heralded a winter storm forming over much of the United States. Meteorologists predicted a lot of snow, ice, floods and storms in most of the country. The US is facing the coldest Christmas in decades, it has been said, and even President Joe Biden warned: "This is not like a snowy day when you were children. That is serious."

Meteorologist Ashton Robinson Cook said cold air masses will move east from the central US in the coming days. Cold warnings would affect around 135 million people in the coming days. A "bomb cyclone" is expected on the Great Lakes, which occurs when the air pressure in a low-pressure area drops unusually quickly. Blizzards could result, Cook explained.

Sometimes it gets so cold that there is a risk of frostbite within minutes, the authorities warned. Almost 280 million people in the United States have some form of weather warning. The north and central west of the country are particularly affected, but also the south. An extreme frost warning has been issued for the states of Louisiana, parts of Mississippi, Alabama and Texas. "Life-threatening" temperatures with strong winds are expected in some parts of the country.

In many parts of the country, authorities worried about possible power outages. They strongly recommended taking precautions to care for the elderly, the homeless and livestock and - if possible - avoiding travel.

Texas Governor Greg Abbott said at a press conference on Wednesday that this time his state is prepared to cope with rising energy needs as temperatures drop. The Texas power grid collapsed during a winter storm in February 2021, causing the deaths of hundreds of people. "I think confidence will be earned over the next few days as people see that we have ultra cold temperatures and the grid will be able to handle that with ease," he said.

The cold zone also hit El Paso on the Mexican border, where many migrants are camping in tents in Mexico's Ciudad Juárez hoping for a lifting of restrictions on entry into the United States. More than 1,400 flights were canceled Thursday morning due to the cold weather, monitoring service FlightAware reported.

‹ ›
Keywords:
NewsteamUSABlizzard
Your comment has been forwarded to the administrator for approval.×
Warning! Will constitute a criminal offense, illegal, threatening, offensive, insulting and swearing, derogatory, defamatory, vulgar, pornographic, indecent, personality rights, damaging or similar nature in the nature of all kinds of financial content, legal, criminal and administrative responsibility for the content of the sender member / members are belong.
Related News