Bluescazorla International Festival will be available on all stages once more

Bluescazorla International Festival will be held July 12, 13, and 14. 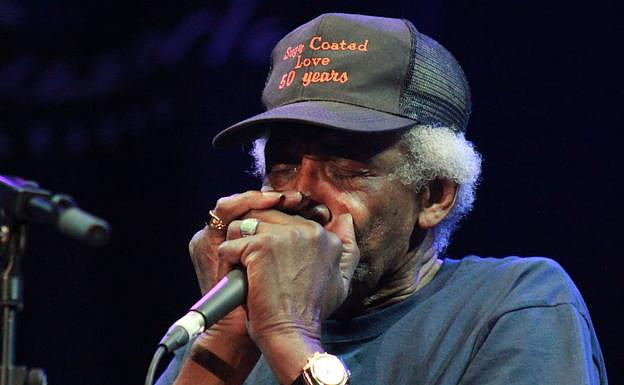 Bluescazorla International Festival will be held July 12, 13, and 14. It will once again be available on all stages thanks to the platforms installed at each venue.

The Cazorla City Council has announced that this year's Festival will see improvements to the space. This is after many meetings with Juana Martos and Fejidif Association with whom they had signed a collaboration agreement to remove architectural barriers two years ago.

Jose Luis Olivares (Consultant for Citizen Security), stated that the four venues where concerts will be held are accessible from public locations and will have platforms and adapted toilets. They will also be easy to access the venue. He also mentioned that there will be first aid service, evacuation routes, and parking areas close to the permitted scenarios.

Olivares stated that one of the improvements was "the shading on the Plaza de Santa Maria" which will allow for the removal of the portable toilet, and modification of the bullring's location. These are all measures that will allow us to improve the festival year after year not only in artistic quality, but also in quality for Blues lovers.

Bluescazorla Festival is held in parks, squares and venues. Due to the positive reception of the group in the previous edition, the organization will allow for "accessible spaces for persons with disabilities to be again enabled, providing permanent venues for spectators and their companions that allow them to watch the show in equal conditions and provide them security before large crowds.

The councilor noted that "a volunteer phone number will be made available to all persons with reduced mobility, and there will be more parking spaces for those with disabilities near each festival venue".

Bluescazorla's dissemination materials, which include leaflets and brochures, also mention the Accessibility and Citizen Security Plan. As such, it can be downloaded from the festival's website and social media. This plan is a collaboration between the Juana Martos Association, Civil Guard, Civil Protection and Civil Guard.

‹ ›
Keywords:
FestivalInternacionalBluescazorlaVolveraAccesibleEscenarios
Your comment has been forwarded to the administrator for approval.×
Warning! Will constitute a criminal offense, illegal, threatening, offensive, insulting and swearing, derogatory, defamatory, vulgar, pornographic, indecent, personality rights, damaging or similar nature in the nature of all kinds of financial content, legal, criminal and administrative responsibility for the content of the sender member / members are belong.
Related News