Blood pressure, ECG, fitness tracker - with this smartwatch you can keep an eye on your health

Those affected do not usually feel a dangerously high blood pressure. 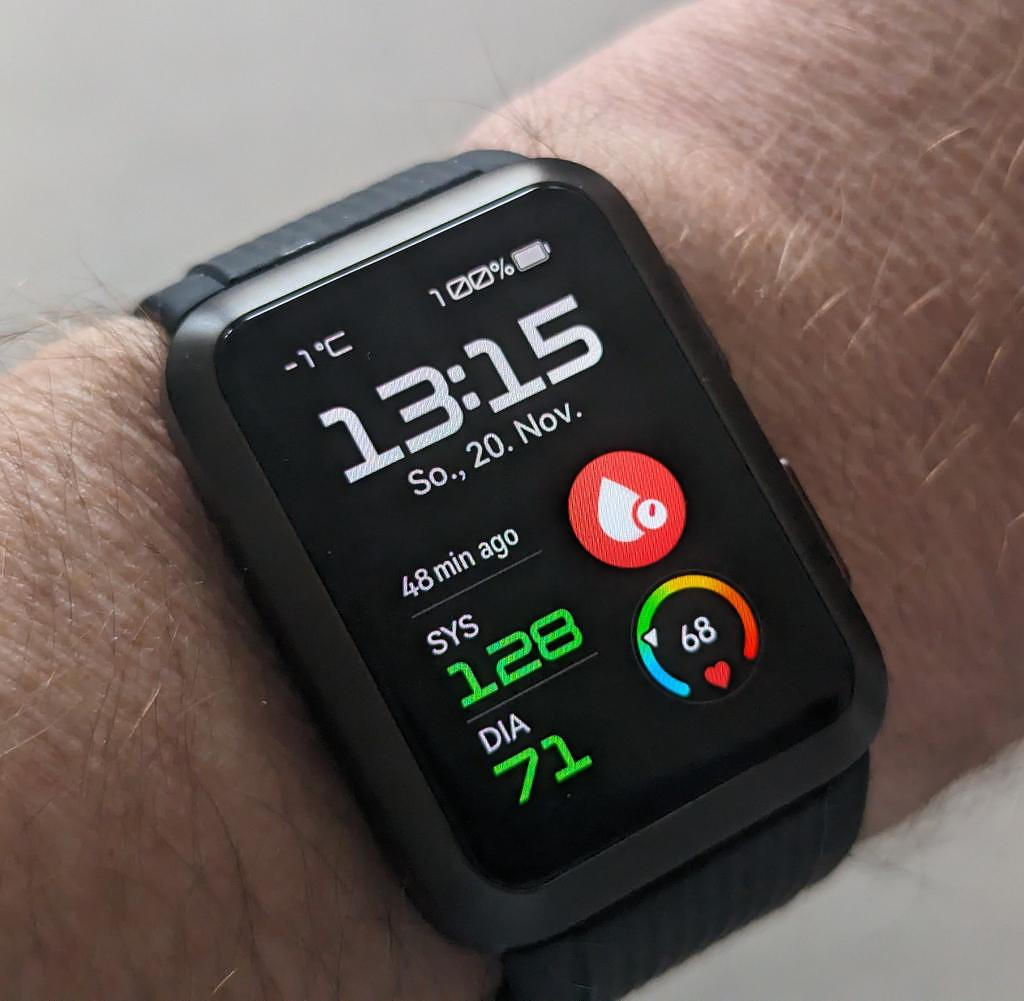 Those affected do not usually feel a dangerously high blood pressure. Undetected and untreated, it then puts a strain on the blood vessels for years. And that can promote heart attacks, strokes and kidney damage.

It is true that people over the age of 50 are particularly affected by hypertension, but many younger people also have poor values ​​without knowing it. “Measuring blood pressure can save lives,” say doctors.

The Huawei Watch D is ideal for anyone who would rather try out new gadgets than get a classic blood pressure monitor. But is it a real alternative?

The Chinese electronics giant's smartwatch isn't the first wristwatch that can measure blood pressure. Some Galaxy Watches from Samsung can do this, for example.

But before the optical photoplethysmogram sensor can precisely record the changes in blood volume, the Samsung devices have to be calibrated using a classic blood pressure monitor. This is quite cumbersome and has to be repeated every four weeks.

The Aktiia measuring bracelet, which is particularly suitable for long-term analyses, works in a similar way to the Galaxy Watches with optical sensors. But this also has to be calibrated regularly – and extremely fiddly.

Huawei takes a different approach for the Watch D: A classic, inflatable but comparatively delicate cuff is used here, which is located under the bracelet, similar to a classic wrist measuring device from manufacturers such as Omron, Boso or Beurer.

According to Huawei, the maximum measurement deviation is three millimeters of mercury. In the practical test, the measured values ​​were very close to the results of the upper arm measuring device Boso Medicus X, which scored a "good" (overall grade 2.3) in a comparison by Stiftung Warentest.

As with all blood pressure measurements, be sure to rest for a few minutes and then keep your wrist steady at heart level. Wrong values ​​are displayed if you fidget. If the software detects a deviation from the correct posture, the watch speaks up and gives tips for a better sitting position.

The sophisticated mechanics of the Huawei cuff ensure solid measurement results. But she's also responsible for the Watch D not exactly being a beauty.

The angular case is significantly thicker than that of an Apple Watch. In addition, the fabric cover of the measuring cuff protrudes slightly from under the silicone wristband.

But the Watch D is a comprehensive health all-rounder: As with the latest Apple Watch model, you can use it to create a simple ECG to detect cardiac arrhythmias.

In addition, it registers atypical changes in skin temperature and can also indicate insufficient oxygen saturation of the blood. And with blood pressure measurement, the Watch D has a feature in the health sector ahead of the Apple Watch.

If you want to use the Huwaei watch for training, you will be served lavishly with 70 workout modes. The watch recognizes six types of daily training sessions: outdoor and indoor walking, outdoor running, indoor running, elliptical trainer and rowing machine. However, the watch can also be used to "watch" you as you jump rope or pedal.

The Watch D shouldn't be worn while swimming or diving though, Huawei says, although it's dust and water resistant to IP68 standards. The manufacturer also advises taking off the watch before taking a shower. A rain shower while jogging doesn't bother her.

The recordings of the running routes showed how precisely the Watch D evaluates the satellite data for localization. The watch can receive not only US GPS satellites, but also Galileo (Europe), GLONASS (Russia) and Beidou/Compass (China).

While many other smartwatches made us think we were in the water when running around the Lietzensee in Berlin-Charlottenburg, the Huawei watch precisely traces the route along the shore.

On the other hand, Huawei's health watch weakens with classic functions that otherwise make life easier with a smartwatch. So you can not pay contactless with the Watch D.

Like other smart watches, the Watch D has an intelligent voice assistant and can display messages or an alarm clock. In addition, the Huawei device offers a built-in weather forecast and music playback control.

However, the songs cannot be saved on the Watch D itself. Anyone who likes to listen to music while jogging must also have their phone with them.

Basically, the connection to the smartphone is exemplary. The health app from Huawei is not only available for in-house devices or for other Android phones, but also for the iPhone.

The wrist blood pressure monitors in the Samsung Galaxy Watches, on the other hand, require the Health Monitor app, which is only available on a Samsung device. And the Apple Watch, in turn, requires an iPhone.

Conclusion: With the Huawei Watch D you get a comprehensive overview of your health. It is the very first choice for all people who depend on regularly measuring their blood pressure values. The Watch D is also well suited as a fitness tracker, as long as the sporting activities do not take place in the water.

As a lifestyle companion, the Watch D was less convincing with its boxy design. And since you can't pay with it via Apple or Google Pay, its everyday value is limited. And at just under 400 euros, it's not exactly a bargain either.

‹ ›
Keywords:
SmartphoneSmartphonesApple PodcastAmazon MusicTexttospeechUhrenTestberichteApple WatchSmartwatchHuawei TechnologiesBlutdruckmessungBlutdruckHuawei Watch DEKG
Your comment has been forwarded to the administrator for approval.×
Warning! Will constitute a criminal offense, illegal, threatening, offensive, insulting and swearing, derogatory, defamatory, vulgar, pornographic, indecent, personality rights, damaging or similar nature in the nature of all kinds of financial content, legal, criminal and administrative responsibility for the content of the sender member / members are belong.
Related News