Hansa Rostock has been rehabilitated in the 2nd Bundesliga. 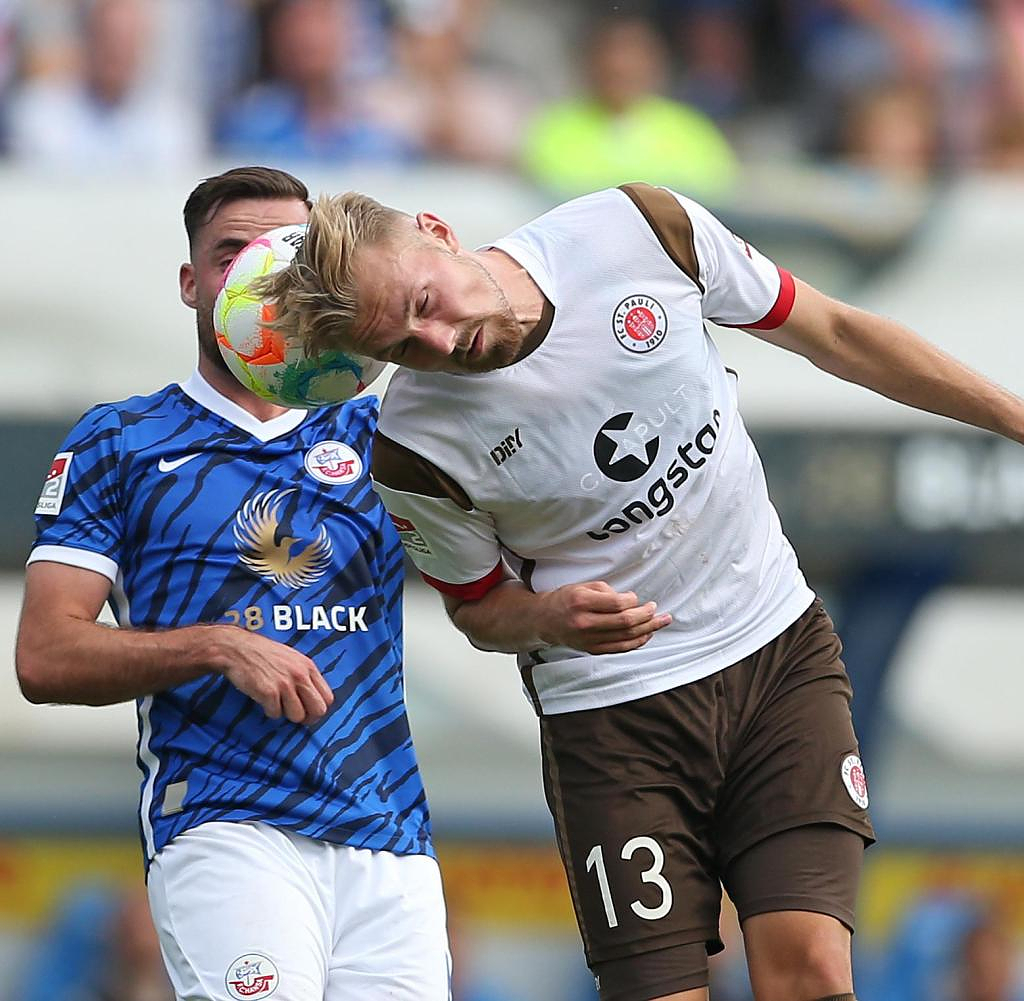 Hansa Rostock has been rehabilitated in the 2nd Bundesliga. A week after the frustrating 0:4 in Darmstadt, the Mecklenburgers won the explosive northern duel against FC St. Pauli 2:0 (2:0) on Sunday. Especially in the first half, the hosts showed the Hamburgers in phases. With goals conceded by Hansa striker Kai Pröger (4th minute) and John Verhoek (17th) with an overhead kick, the guests were well served until the break. After the change, the Hamburgers couldn't think of enough to turn the game around. In the table, Hansa (9 points) overtook FC St. Pauli (7) with their third win of the season.

In front of 26,000 spectators, the Rostock team got off to a better start. The FC St. Pauli defense looked disoriented. After goals from Pröger and Verhoek, the hosts had further counter chances through Sebastien Thill (28') and Pröger (31'). The Hamburg offensive hardly took place. After the break, the visitors tried to move forward. But they weren't dangerous. Hansa had the better opportunities to extend the lead.

The game was considered a high-risk game because of the often violent rivalry between the fan camps in the past. A massive police presence prevented clashes for the time being.

There was only trouble on Friday evening in the Volksparkstadion on the pitch. The 2-1 defeat against Darmstadt 98 is history, but the effects of the game will keep second division soccer team Hamburger SV busy for some time to come. Ransford Königsdörffer and Aaron Opoku are awaiting their red card penalties. The verdict against Opoku, who was only on the pitch for eight minutes after being substituted on before he kicked himself out of the game with an unforgivable revenge foul on opponent Fabian Holland, will be tougher than the controversial dismissal against Königsdörffer, who defeated Frank in a duel hit Ronstadt in the face.

"I want to make it very clear that we didn't lose the game because of the referee," said Jonas Meffert when the waves of indignation had subsided. The midfielder had previously complained about the referee. “The way he talked to us is not at all. It was below the belt," he said.

Robert Schröder's management was actually not sovereign. However, that was not an excuse for freaks out in both Hamburg and Darmstadt, who lost Klaus Gjasula through yellow-red. Coach Tim Walter (yellow) and sports director Jonas Boldt (yellow-red) were no points of reference for the team in the hectic game. "We want to look at ourselves and not at the referee," said goalkeeper Daniel Heuer Fernandes. And captain Sebastian Schonlau confessed: "It was individual mistakes that got us into these situations."

Lucky in disguise that HSV can absorb the loss of substance due to the forced break of Königsdörffer on the right attack side and Opoku on the left wing. Because Bakéry Jatta is back in the team after surviving a muscle injury and played 13 minutes against the Hessians. "He just helps us with his way, with what joy of life he acts," said Walter.

HSV has landed a promising professional on the left wing. Jean-Luc Dompé made his debut just one day after signing against Darmstadt and impressed. The trickery and the speed of the 27-year-old Frenchman clearly liven up the offensive game of Hamburg. Dompé manages to undermine the opposing line of defense with remarkable dribbles and to ensure a goal threat. "For the fact that he only came yesterday, he got along well with the boys," said Walter.

It also remains the realization that the 2nd league is again not calculable. Darmstadt and SC Paderborn present and are already in top form. After the return of Schalke 04 and Werder Bremen to the Bundesliga, the race for promotion places will probably not be as predictable as had been predicted across the country. The second defeat of the self-declared promotion favorite HSV is already after five games of the season. That both clap happened at home hurts all the more. But Walter remains calm: "We lost a game today, but in the end we win."