Black Friday or the quest for "good deals" despite inflation

In front of the Galeries Lafayette already adorned with their Christmas finery, Marie Bois explains that she lost 200 euros per month in purchasing power, in particular "because of (the increase) in charges, such as heating". 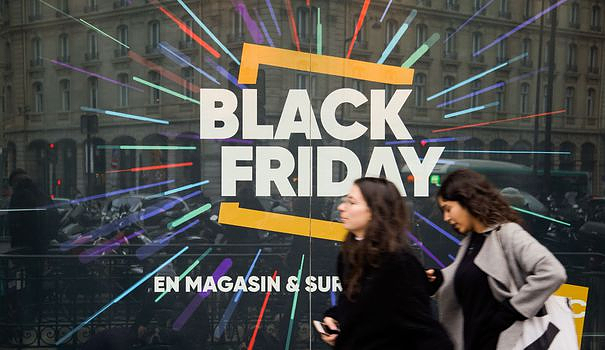 In front of the Galeries Lafayette already adorned with their Christmas finery, Marie Bois explains that she lost 200 euros per month in purchasing power, in particular "because of (the increase) in charges, such as heating".

The 24-year-old young woman, a window dresser on a work-study basis, intends to "take advantage of the promotions" on Friday November 25 to make her end-of-year gifts.

"The intention to participate in Black Friday is comparable to that of last year (...) and what motivates this participation is the crisis", explains to AFP Nadine Porge, deputy director of the Services department. from Harris Interactive.

According to a study by the institute published Thursday and relating to cybershoppers, 70% will rush online for Black Friday good deals and 55% of them will do so for "reasons related to purchasing power".

Now, Black Friday can last longer than a week, not just a Friday.

Despite inflation, distributors are already rubbing their hands, convinced that they are making money.

“We are in a particular year with an even more striking search for bargains, in a context of declining purchasing power”, judges Hugo Larricq, commerce director of Cdiscount, an online commerce site which expects 10 million visitors on Friday alone.

In 2021, Fnac-Darty had recorded more than 50 million visits online and in stores during Black Friday, "the biggest peak of the year", according to Simon Ilardi, director of commercial animation for the group.

"In 2016 in France, (...) Black Friday capitalized as much as Christmas in 2018, and then became stronger than Christmas", confirmed Thursday Olympe Krima, consultant of the GFK research institute, during a press conference.

The president of the federation of e-commerce and distance selling (Fevad), François Momboisse, however moderated these enthusiasms. With "enormous purchasing power restrictions, (...) the situation is still tense, very tense, much more than it has been for the past ten years", he tempers.

The study conducted by Harris Interactive tends to the same conclusion: "More than one in three French people plan to spend less than in 2021 on Christmas purchases", with an average budget of 404 euros (gifts and preparations).

However, the distributors are doing everything to seduce the refractory, even going so far as to highlight second-hand, second-hand or "Made in France" products - a way of also responding to criticism from environmental defense associations. on this meeting of overconsumption.

"There are no green promotions!", However, protests Tancrède Girard, member of the Ile-de-France Network of Reemployment Actors (REFER), who describes the social and environmental impact of Black Friday as "disastrous".

"Pollution", "consumption of resources", "forced labour": in reaction to the event, a group of associations including Emmaüs created Green Friday, a day of awareness of responsible consumption and of which Mr. Girard is a founding members.

Extinction Rebellion activist, "Crocodile" (who does not want to give his identity) assures that he is not "there to stigmatize people and especially the poorest" and insists: "There are other ways of consuming and living together!".

Tancrède Girard agrees: you can "buy only if necessary, repair or reuse, favor the second hand" in dedicated circuits...

In front of the bright entrance to Galeries Lafayette, Marie Bois relativizes her Black Friday shopping: "It's not to consume, but to make purchases that I would do no matter what," she explains.

Freddy Bara, 29, shopkeeper in this department store notes that, "yes, of course, there is the question of overconsumption, but it creates jobs...". Then, he concludes by joking: "Anyway, me, on Black Friday, I'm not going to do it, I'm going to suffer it".