Bishop Aveline, Cardinal of Marseille, "one of the last cosmopolitan cities in the Mediterranean"

Descendant of a line of Andalusian Pieds-noirs who arrived in Algeria at the end of the 19th century, the kid from Colomb-Bechar, an oasis on the edge of the Sahara, first landed in Paris, forced to leave with his family on November 7. 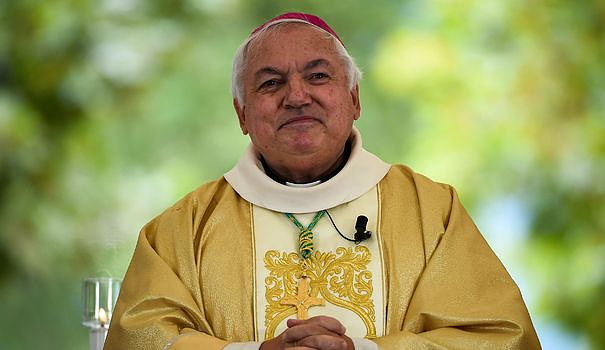 Descendant of a line of Andalusian Pieds-noirs who arrived in Algeria at the end of the 19th century, the kid from Colomb-Bechar, an oasis on the edge of the Sahara, first landed in Paris, forced to leave with his family on November 7. 1962, after the independence of his native country.

Rushed for a few weeks from one hotel to another, the family found refuge in barracks in Vaires-sur-Marne, then in an apartment in Colombes, in the Paris region. The premature death of the last born and the meningitis which strikes little Jean-Marc then push the father, an SNCF employee, to ask for his transfer to cleaner air.

It will be Marseilles, in 1966, where all or most of the life of the future 63-year-old cardinal will be written. "Marseille, this city where many fail without having chosen it", he explains, him the migrant among others, born on December 26, 1958 in Sidi Bel Abbès (north-west of Algeria).

Installed with his family in the SNCF city of Saint-Barthélémy, in the popular northern districts of the city, the child from Algeria gradually discovers "the simplicity and depth of the Marseilles soul". "Here, there is a lot of modesty, and a lot of extravagance deployed to hide this modesty," he testified Thursday, in an interview with AFP.

Brilliant pupil, at the college then at the Victor-Hugo high school, the future man of the Church enters "prepa" at the prestigious Thiers high school. But, at the dawn of his third year, the "little music" that has been running through his head for years reminds him. He will be a priest and not a teacher or a bus driver, as he imagined as a child. Instead of preparing for Polytechnique or Centrale, it will be the seminary, in Avignon.

Ordained in Marseilles in 1984, the young man was quickly given the task of teaching dogmatic theology at the seminary of France's second city. "Less fun than being a chaplain to young people in the northern districts!", He smiles.

Founder of the Institute of Science and Theology of Religions in Marseille in 1992, which he directed until 2002, Mgr Aveline, ordained Auxiliary Bishop of Marseille by Pope Francis in 2013, very early on sought to promote peaceful interreligious dialogue .

In 1992, he was also associated with the creation of Marseille Espérance, this body which brought together local Catholic, Armenian, Protestant, Orthodox, Muslim, Jewish and Buddhist leaders around the mayor of Marseille.

From 2008 to 2013, he joined the Pontifical Council for Interreligious Dialogue within the Roman Curia. Then, in 2017, he was appointed president of the council for interreligious relations and new religious currents within the Conference of Bishops of France.

Defender of a "happy Mediterranean", the Archbishop of Marseille, a position he has held since 2019, works tirelessly to erect "a large tent of peace" bringing together the peoples around the Big Blue, recalling that at At one time, as for his ancestors who left Andalusia, "migratory flows went rather from North to South".

And the word of Marseille could count, he hopes. Because "Marseille is not only Islam, it is also the second largest Jewish community in France, including many Jews from the Maghreb. This Christian-Muslim-Jewish proportion gives a rather original mix that everyone watches over like milk on fire".

Behind a smile permanently hanging on his lips, the man knows how to speak his truth. Like when he denounces drug traffickers and these "murderous and unscrupulous mafias (who) transform the youth of poor neighborhoods into cannon fodder", in 2021.

The same year, during the mass in honor of Bernard Tapie, ex-president of Olympique de Marseille, he was the only one to qualify the laudatory portrait of the deceased by local elected officials of all stripes. "He was not a saint, far from it", he insists, under the dumbfounded gaze of the assembly, recalling that the former businessman had "been familiar with both the salons of power and the cells from prison".