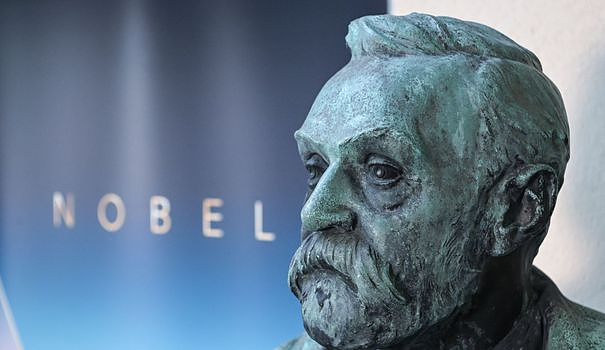 Critics and forecasters are torn between two schools this year: those who see the latest awards as confirmation that the Academy does not like writers who are already recognized, especially when they already sell a lot of books; or those who think she could vary by crowning a world-renowned author, or at least in the list of usual suspects.

The Swedish Academy is recovering from a long crisis, after a scandal

Renowned - and criticized - for her masculine and Eurocentric choices, she has since successively crowned an American and an author born in Zanzibar whose work is centered on the torments of exile and refugees, anti-colonialism and anti-racialism.

The Nobel jury regularly insists on the fact that its prize is neither political nor subject to the rules of parity or ethnic diversity, and that the only guarantee is the quality of the letters and the work.

But "the Academy is now obviously concerned about its image with regard to diversity and gender representation in a completely different way than before the scandal of 2017-2018", explains to AFP Björn Wiman, head of the cultural service of the Swedish daily Dagens Nyheter.

"I think we want a better known name this year because of the surprise last year," he predicts.

A good omen for the Japanese Haruki Murakami, the American Joyce Carol Oates or her compatriot Cormac McCarthy, or even the Canadian Margaret Atwood, snubbed so far?

After two consensual prizes, the Nobel could also afford a little sulfur with the Frenchman Michel Houellebecq, favorite of bettors this year and accustomed to controversial statements on Islam and others.

Unless the Academy rewards the British author of The Satanic Verses Salman Rushdie, victim of an attempted murder in August.

Another very political choice in the context of the war in Ukraine would be to crown the Russian Ludmila Oulitskaïa, exiled in Berlin and declared opponent of Vladimir Putin.

Her name has been regularly cited in recent years, as have the Hungarians Peter Navas and Laszlo Krasznahorkai, the French Annie Ernaux and Maryse Condé, the Norwegians Jon Fosse and Karl Ove Knausgaard, the Kenyan Ngugi wa Thiong'o, the Croatian Dubravka Ugre¨ i?, the Canadian Anne Carson, the Americans Thomas Pynchon and Don DeLillo or the Israeli David Grossman.

Unless Asia, priceless since the Chinese Mo Yan ten years ago, is the land of choice for the 2022 vintage.

An acerbic observer of Chinese society who has had trouble with censorship, the choice of Yan Lianke could annoy the Beijing regime, just like that of Lao Yiwu (pen name Lao Wei), nicknamed the "Chinese Solzhenitsyn". Their compatriot Can Xue is also considered worthy of a Nobel.

While the main Western countries all have several prizes - France in the lead (15) - giants like China (excluding Gao Xingjian, naturalized French) and India (Rabindranath Tagore in 1913) have only one prize.

Poet and travel writer, the Indian Vikram Seth is cited as able to reduce this gap.

A time undermined by suspicions of leaks, the Swedish institution takes care to keep the secret until the end, using all sorts of stratagems not to be unmasked and going so far as to keep its deliberations confidential for 50 years.

The only certainty is that she keeps lists, shortened as the fateful date for the awarding of the most famous literary prize approaches.

The Nobel Ball continues on Friday with the highly anticipated Peace Prize, the only award given in Oslo.

A price linked to Russia or Ukraine, or even for climate action, is favored by forecasts.

The Nobel series will end next Monday with the economics prize, added in 1969 to the five traditional prizes provided for in Alfred Nobel's will.