Biden wants to press Xi on North Korea at G20

Biden landed in Phnom Penh, Cambodia on Saturday to meet Southeast Asian leaders there ahead of his meeting with his Chinese counterpart on Monday in Bali, Indonesia. 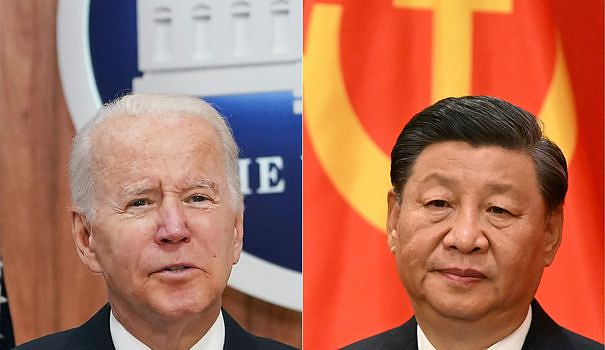 Biden landed in Phnom Penh, Cambodia on Saturday to meet Southeast Asian leaders there ahead of his meeting with his Chinese counterpart on Monday in Bali, Indonesia.

The meeting between the two superpowers comes after North Korea launched a record series of missile launches, appearing to be preparing to conduct a nuclear test that would be the seventh in its history.

On Monday on the sidelines of the G20 summit in Indonesia, the US president will tell Xi that it is in Beijing's interest to "play a constructive role in curbing North Korea's worst tendencies", the US President told Reuters on Saturday. reporters National Security Advisor Jake Sullivan.

He will also tell him that if the development of Pyongyang's missiles and nuclear arsenal "continues on this path, it will simply lead to a reinforcement of the American military and security presence in the region".

Mr Sullivan, who was speaking aboard the Air Force One plane en route to Cambodia, clarified that Joe Biden was not going to ask China but rather give Xi Jinping 'his point of view' .

This view is that "North Korea poses a threat not only to the United States, not only to (South Korea) and Japan, but also to peace and stability throughout the region."

MM. Biden and Xi, the leaders of the world's two largest economies, have spoken by phone multiple times since the Democrat became president in January 2021.

But the pandemic and Xi Jinping's aversion to foreign travel has prevented them from meeting in person.

The two men do not lack subjects, Washington and Beijing being at loggerheads on issues ranging from trade to human rights in the Chinese region of Xinjiang, passing by the status of Taiwan.

Ahead of the G20, Biden will stress U.S. engagement in Southeast Asia in meetings with leaders of the Association of Southeast Asian Nations (ASEAN), with the aim of counter Beijing's influence in the region.

In recent years, China has flexed its muscles, through trade, diplomacy and military might, in a region it considers its strategic backyard.

Mr Biden landed in Phnom Penh with an agenda to "elevate" the US presence in the region as a guarantor of stability, Mr Sullivan said.

MM. Biden and Xi approach the G20 buoyed by recent successes at home: in the United States, the Democrats surprised by their good results in the midterm elections while in China, Xi Jinping obtained a historic third mandate at the head from the country.

At last month's Communist Party congress, the Chinese leader warned of a difficult geopolitical climate, without mentioning the United States by name, while announcing China's "inevitable" triumph over adversity.

Besides Joe Biden, Xi will also meet French President Emmanuel Macron, before heading to Bangkok later in the week for the APEC summit.

Russian President Vladimir Putin, ousted by the West following his invasion of Ukraine, will be absent from the G20 summit and will instead send his Foreign Minister, Sergei Lavrov.

The Kremlin has close ties with Vietnam and Burma, whose military is a major buyer of Russian arms, while other regional governments have avoided joining Western efforts to isolate Moscow following the invasion of Ukraine.

Ukrainian President Volodymyr Zelensky is set to attend the G20 virtually, after his request to address the ASEAN gathering was rejected.