As he left the White House on Monday, the US president made this stark admission, which also reads like a criticism of his predecessor: "I'm going to Puerto Rico because we haven't taken good care of them. 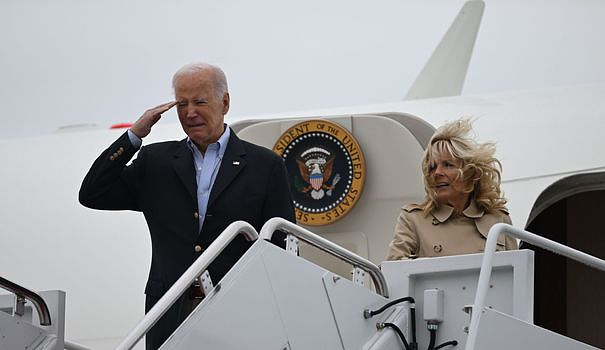 As he left the White House on Monday, the US president made this stark admission, which also reads like a criticism of his predecessor: "I'm going to Puerto Rico because we haven't taken good care of them. They were trying to recover from the last hurricane. I want to see what it's like today and make sure we're doing everything we can."

Former President Donald Trump had been criticized for the late and laborious response of the federal state after the passage in 2017 of hurricanes Irma and Maria, responsible according to local authorities for nearly 3,000 deaths in Puerto Rico.

White House spokeswoman Karine Jean-Pierre pointed out Monday that even before Fiona touched Puerto Rico, Joe Biden had "quickly mobilized federal resources". She assured that the federal state would come to the aid of the territory "as long as it takes".

During the visit, Joe Biden will announce the release of a fund of 60 million dollars intended to strengthen the long-term defenses of the island against rising waters.

The territory of just over three million inhabitants, American citizens using the dollar but without the right to vote in national elections, deplores at least a dozen deaths following the passage of Fiona.

By going there with his wife, the president wants to reassure a population who feared being neglected in favor of Florida, affected by Hurricane Ian, where he will go on Wednesday.

This other trip promises to be more complicated politically, since the southern state is governed by one of Joe Biden's fiercest critics, Republican Governor Ron DeSantis. It was unclear on Monday if the two men would be side by side on this occasion.

In Puerto Rico, the Biden couple are destined for Ponce, the island's second city, on the south coast, where they will meet families in need and help make humanitarian aid packages.

All of Puerto Rico was left without power and around one million people were left temporarily without drinking water when Fiona, then a Category 1 hurricane, hit the island in mid-September.

Joe Biden had declared a state of emergency for the territory on September 18.

It had done so on September 24 for Florida, before declaring the state of "major disaster" for the state on Thursday, where Hurricane Ian hit Wednesday as a Category 4 hurricane.

Florida is still assessing the considerable material damage, especially on its southwest coast, and counting its dead.

The death toll from Ian, one of the most powerful storms to ever hit the continental United States, is at least 62 -- 58 in Florida and four in North Carolina.

Hundreds of thousands of Florida residents were still without power Monday and authorities said it would take months and $50 billion or more to rebuild the devastated coastal areas.

Every natural disaster in the United States leads to its share of debates on the response of political powers - local, state, and federal, but Puerto Rico holds a special place in the matter.

Former Republican President Donald Trump has been accused of delaying or blocking the allocation of federal funds to the island following the passage of hurricanes Irma and Maria.

At the end of his mandate, however, he presented himself as a great friend of this territory. If the inhabitants of Puerto Rico themselves do not vote in the American national elections, those who have emigrated to the United States, in Florida in particular, constitute a diaspora very courted politically.

Donald Trump had also been very strongly criticized for having, during a visit after Hurricane Maria, distributed rolls of paper towels by throwing them like a basketball player. The mayor of the capital San Juan had denounced an "insulting" gesture.