President Joe Biden entered the election campaign with an appeal to vote in the important US congressional elections in around ten weeks. 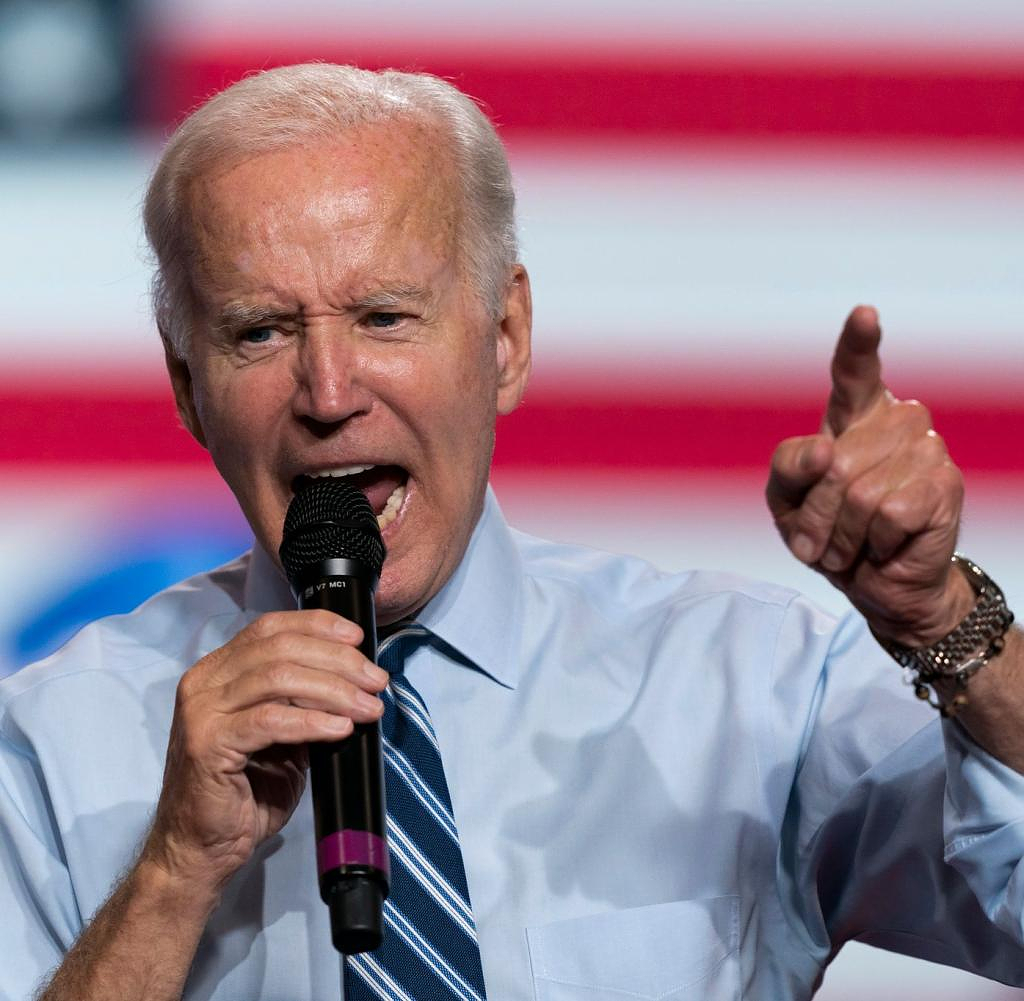 President Joe Biden entered the election campaign with an appeal to vote in the important US congressional elections in around ten weeks. Citizens would have to "vote to literally save our democracy again," Biden said Thursday at a rally in the Democratic stronghold of Rockville, a suburb of the capital Washington, Maryland. At a fundraising event, he had previously sharply attacked the Republicans, especially the ideology of the supporters of his predecessor Donald Trump.

Tonight, Biden called out to thousands of listeners at a Rockville high school, “Your right to self-determination is on the ballot this year. Your Social Security contributions, which you've paid since you've had a job, are on the ballot. Keeping your children safe from gun violence is on the ballot – and that’s no exaggeration, the very survival of our planet is on the ballot.”

Biden's appearance should mark the start of an election campaign in which the president will highlight his recent political accomplishments, according to White House officials, in order to back his party's candidates for Senate and House elections.

Before the rally, Biden raised around $1 million at a reception with around 100 donors for the Democratic umbrella organization and political action committee, the Democratic Grassroots Victory Fund, in Bethesda, Maryland. There he referred to the Republicans as the "Ultra MAGA" party - a reference to Trump's campaign slogan "Make America Great Again".

You are now experiencing either the beginning or the death sentence of "an extreme MAGA philosophy," Biden told those present. "It's not just Trump, it's the whole philosophy, which - I'll say something now - is based on a kind of semi-fascism." Biden later added that he had respect for conservative Republicans, but: "I respect this MAGA Republicans don't."

The president is forcing Americans out of their jobs, funneling money from working-class families to Harvard attorneys and sending the country into recession while families can't afford gas and food, RNC spokesman Nathan Brand said. "Democrats don't care about suffering Americans -- they never have."

On November 8, all 435 seats in the House of Representatives and 35 of the 100 seats in the Senate will be voted on. There are also numerous other offices up for election at the individual US state level. In the Senate in particular, majorities are as tight as can be. Both camps have 50 seats, in case of a tie the vice-president

Kamala Harris voting in favor of Democrats. This happened, among other things, with Biden's most important political success to date, when Congress passed the votes of the Democrats two weeks ago on a long-fought legislative package for investments in climate protection, social affairs and health.

Such successes and the outrage of liberal voters over the abolition of the basic right to abortion by the US Supreme Court have given the Democrats a breath of fresh air again. Just a few months ago, Biden's party was preparing for serious defeats under the oppressive burden of inflation with falling poll numbers.

Democratic pollster John Anzalone said Democrats are definitely in a better position now than they were before. He does not want to speak of a real tailwind for the party. "But we have a light breeze as opposed to what felt like a blustery hurricane that blew in our faces before."

It was only on Wednesday that Biden made good on a campaign promise with a delay and announced that millions of college graduates would be partially forgiven for their student debt. According to the Democrats, this could mobilize young black and Latin American voters in particular. Republicans have criticized Biden's move as an unfair gift to potential Democrat voters. "President Biden's inflation is crushing working families, and his response is to give away even more government money to elites with higher salaries," said Senate Minority Republican Leader Mitch McConnell.

The Democrats could also benefit in the congressional elections from the fact that the opposing Republicans had often prevailed against Trump's candidates in primaries. Because some of them might be too radical for moderate Republicans, and they weren't the preferred candidates of the Republican Party, as in the embattled state of Arizona, for example.

‹ ›
Keywords:
NewsteamUSAPolitikBidenJoseph R.Republikaner (USPartei)PolitikJoe BidenAmerikaMarylandWashingtonWahlkampfArizonaRepublikanerDonald TrumpUSARockville
Your comment has been forwarded to the administrator for approval.×
Warning! Will constitute a criminal offense, illegal, threatening, offensive, insulting and swearing, derogatory, defamatory, vulgar, pornographic, indecent, personality rights, damaging or similar nature in the nature of all kinds of financial content, legal, criminal and administrative responsibility for the content of the sender member / members are belong.
Related News