Biden goes to Florida, battered by Hurricane Ian and stronghold of a fierce opponent

The American president and his wife Jill Biden are due to arrive around 6:45 p. 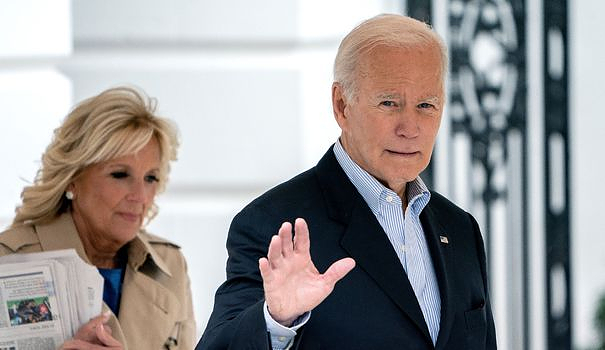 The American president and his wife Jill Biden are due to arrive around 6:45 p.m. GMT in Fort Myers, in the southwest of the state, where the hurricane made landfall and wreaked the most havoc.

The presidential couple will be able to realize this during a helicopter flight, before meeting local political leaders, then affected residents, while relief operations continue and a very long process of reconstruction begins. .

Hit last Wednesday by Ian, a category 4 hurricane, Florida is still counting its dead and assessing the considerable damage caused by one of the most violent storms in recent American history.

The official toll was 76 dead on Tuesday (72 in Florida and 4 in North Carolina) but the American media counted more than a hundred deaths, while rescuers are still at work in neighborhoods overwhelmed by water.

Hundreds of thousands of Florida residents were still without power on Tuesday and authorities said it would take months and $50 billion or more to rebuild the devastated coastal areas.

If Joe Biden deploys all his natural empathy on such occasions, the atmosphere could nevertheless be a little tense when he is alongside Governor Ron DeSantis, a rising star of the Republican Party and particularly virulent critic of the Democratic president.

"There will be plenty of opportunities to debate the differences between the president and the governor. But now is not the time," White House spokeswoman Karine Jean-Pierre said Tuesday.

Joe Biden and Ron DeSantis "are going to talk about what it takes for Florida to come to a rebuilding phase," she added.

This is the second trip of this type in a week for the American president: he went to Puerto Rico, American territory in the Caribbean devastated by another hurricane, Fiona, on Monday.

The name of Ron DeSantis, 44, often appears in the lists of potential Republican contenders for the presidential election of 2024.

The governor of Florida, supporter of a hard line on immigration and very conservative on social issues, is regularly talked about with his controversial statements and decisions.

He recently flew migrants to Washington and to a popular vacation spot for the Democratic elite, Martha's Vineyard. The White House has crushed what it considers to be a "political maneuver (...) cruel."

Ron DeSantis also passed a law in March that prohibits teaching about gender identity and sexual orientation in public elementary schools, a text that could harm young people from the LGBT community, according to his critics.