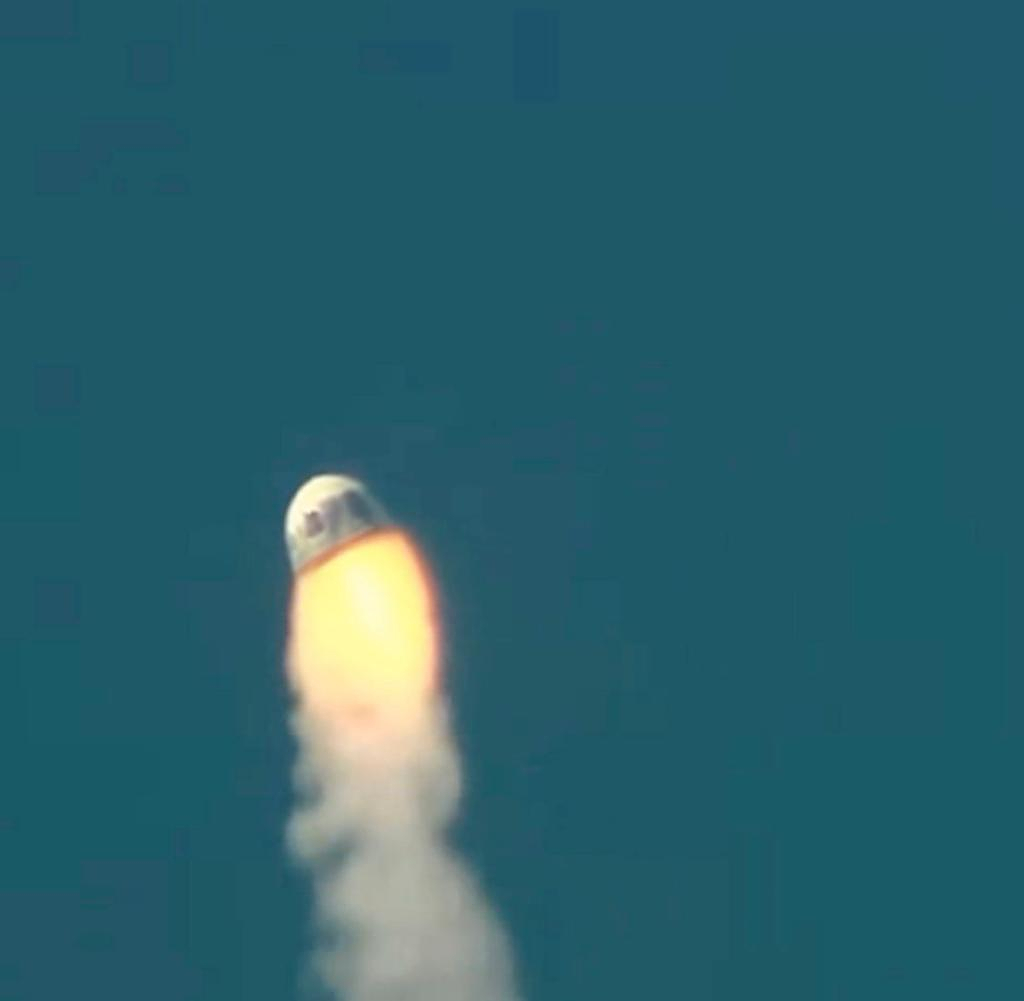 Amazon founder Jeff Bezos' space company suffered the first rocket launch failure on Monday. There were no people on board, only scientific experiments. Space company Blue Origin's rocket went off course a minute after launch over west Texas.

The capsule's launch abort system was deployed immediately and decoupled it from the rocket. The system worked as intended, they said. A few minutes later, the capsule sailed to the ground on a parachute in a remote desert region.

As the capsule was catapulted by the rocket, Blue Origin's launch commentary cut off. It was later reported that there appeared to be an anomaly. "It wasn't planned." The error happened when the rocket was flying at around 1100 kilometers per hour at an altitude of around 8500 meters. Afterwards there were no pictures of the rocket, only of the capsule. Usually the rocket lands in the desert and is reused for further flights. That obviously didn't happen this time.

It was the 23rd flight of the New Shepard program, named after the first American in space, astronaut Alan Shepard. The same type of rocket and capsule have also been used for 10-minute flights with fare-paying passengers to the edge of space, most recently in August. It was the ninth flight for this rocket.

‹ ›
Keywords:
NewsteamBlue OriginBezosJeffreyWeltraumTexasAlan ShepardJeff BezosKapsel
Your comment has been forwarded to the administrator for approval.×
Warning! Will constitute a criminal offense, illegal, threatening, offensive, insulting and swearing, derogatory, defamatory, vulgar, pornographic, indecent, personality rights, damaging or similar nature in the nature of all kinds of financial content, legal, criminal and administrative responsibility for the content of the sender member / members are belong.
Related News