The Berlin security expert Julia Friedrich has lamented the traditional image of gender relations in the Ukraine war. 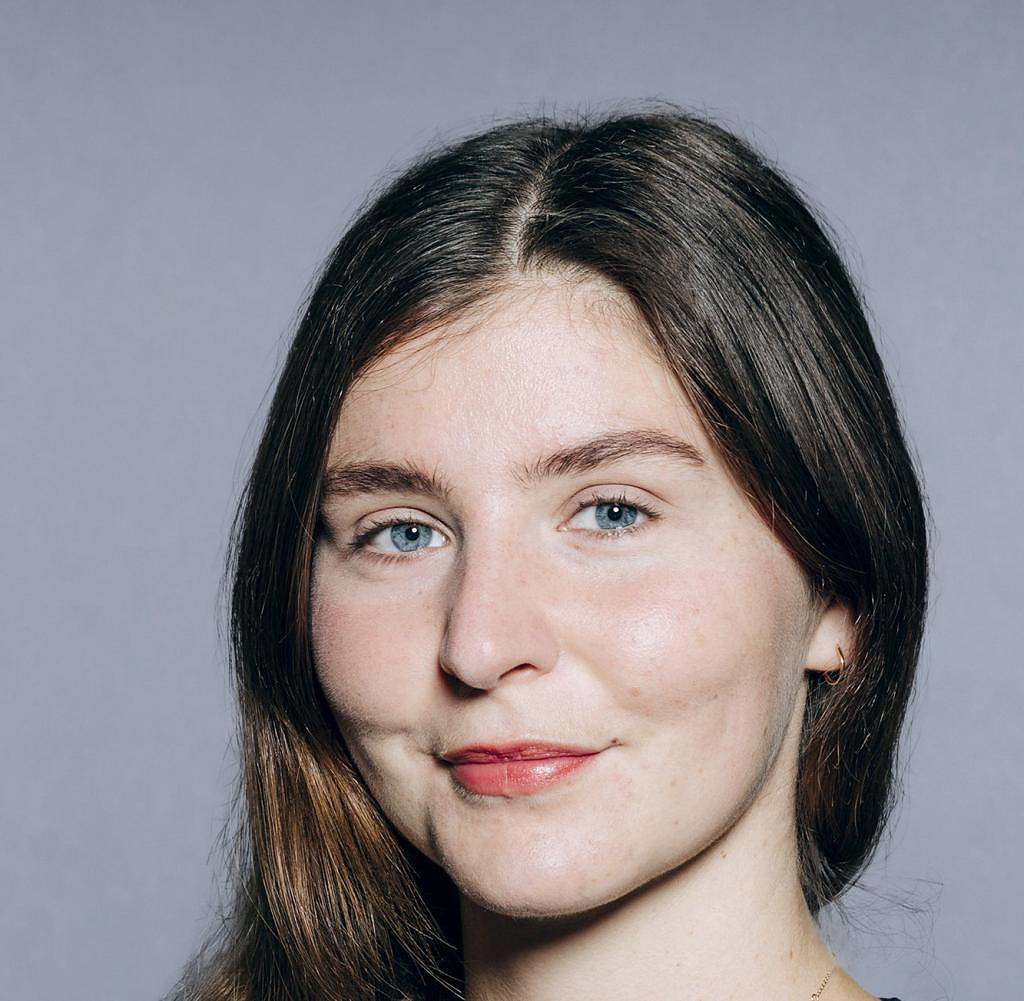 The Berlin security expert Julia Friedrich has lamented the traditional image of gender relations in the Ukraine war. Ukrainian President Volodymyr Zelenskyy and his wife Olena Zelenska presented themselves as "the holy warrior and the beautiful soul at his side," she said in the Berlin Tagesspiegel (Saturday). However, this is not representative of how the Ukrainian army functioned before February 2022.

Before the Russian invasion, women held around 23 percent of all functions in the army and 15.5 percent of the armed forces, said the security expert at the Berlin Global Public Policy Institute. After the conflict began in 2014, a third of the fighters who volunteered were women. Due to the general mobilization of the men in February, the relationship has shifted again somewhat. Today about ten percent of the armed forces are women.

Ukrainian soldiers are expected to be better able to cope with the psychosocial stress after a combat mission than men, Friedrich said. They should resume their traditional duties after returning from the front, "but there is no changing table in the Veterans Association."

According to the security expert, Ukrainian women were not allowed to hold all positions in the army until 2018 because of their “reproductive function”. "That was still a Soviet legacy." According to surveys, women at the gun still often have to fight for acceptance.

In the dispute over the shelling of the Zaporizhia nuclear power plant, Russia has turned to the UN Security Council with allegations against Ukraine. Ukraine is planning "provocations" there, the news agency TASS quoted from a letter from the Russian government to the committee.

Volodymyr Zelenskyy said in his evening video address that Moscow was planning a "large-scale provocation" at the Zaporizhia nuclear power plant to justify disconnecting the power plant from Ukraine's power grid and connecting it to Russia's power grid.

Representatives of Ukraine have criticized the ongoing fighting in the vicinity of the Zaporizhia nuclear power plant in the south-east of the country. Kyrylo Tymoshenko of Ukraine's Presidential Office said "the danger of an environmental catastrophe of global proportions" remains acute because of the regular shelling of the nuclear facility by Russia. Russian shelling also destroyed "3,700 infrastructure objects" near the largest nuclear power plant in Europe, including facilities for heating, electricity, gas and water supply.

Another explosion occurred on the Crimean peninsula annexed by Russia. According to the authorities, debris from a downed drone hit the headquarters of the Black Sea Fleet in the city of Sevastopol. The fleet's anti-aircraft defenses hit the drone, said the city's chief administrator, Mikhail Rasvozhayev. "She fell on the roof and burned." There are no victims.

China has further increased its purchases of coal and oil from Russia. Russia has been China's top oil supplier for the third straight month, data from Beijing Customs Bureau on Saturday showed. In July, Russian oil imports totaled around 7.15 million tons, up 7.6 percent year-on-year. At the same time, China's coal imports from Russia rose to their highest level in more than five years. According to this, Beijing imported 7.42 million tons of coal from Russia in July – around 14 percent more than last year.

Export of grain through Ukrainian Black Sea ports continues. Two freighters departed from Chornomorsk, according to the Turkish Ministry of Defense. In total, 27 grain ships have left the ports since the resumption of deliveries, which was made possible by an agreement brokered by the United Nations and Turkey. The ports were blocked for months after the start of the Russian war.

According to a media report, trains with coal, gas or oil on board should be given priority over passenger trains during the energy crisis. Passengers would have to be prepared for disruptions, reports WELT, citing a draft regulation by the federal government to prioritize freight trains.

Citizens may be affected by the plans "due to the failure of rail passenger transport, which is canceled without replacement or has to be postponed due to the priority handling of energy transport by rail". The draft will be passed promptly in its current form, also in view of certain reservations, WELT quotes government circles as saying. The pressure to get the coal transports fully onto the rails is great.

Volodymyr Zelenskyy has accused Russia of using its gas pipelines for blackmail. As an example, he referred to the announcement by the Russian gas company Gazprom that it would stop supplying Germany via the Nord Stream 1 pipeline for three days at the end of August. Without naming FDP Vice Wolfgang Kubicki, Selenskyj spoke of “absurd statements” in Germany about putting Nord Stream 2 into operation.

"Russia only needs these pipelines to create problems in Europe, not to help with gas," he said in Kyiv. The quicker the European states made themselves independent of Russian energy, the sooner they would get through the winter in peace.

Kubicki had called for Russian gas to be obtained through the completed but unused Nord Stream 2 pipeline. He was criticized for this from all sides, because the pipeline is seen as Moscow's instrument for making Germany more dependent on Russia.

Thanks to a fundraising campaign launched by TV presenter Serhiy Prytula, the Ukrainian army has quick access to highly accurate satellite imagery. The combination of reconnaissance images with modern weapons opens up new opportunities for the armed forces in the fight against Russia, Defense Minister Oleksiy Resnikov wrote on Facebook. According to media reports, about 600 million hryvnia (16.2 million euros) have been collected so far.

"Let's assume that soon any HIMARS, M270 or MARS II, as well as any weapon or self-propelled gun with high-precision projectiles, will be able to destroy the enemy more effectively." The mentioned weapon systems are long-range multiple rocket launchers. Ukraine has been using them to fight Russian ammunition depots far behind the front lines for the past few weeks.

The US Department of Defense has announced further arms and ammunition deliveries to Ukraine worth around 775 million dollars (around 772 million euros). Washington wants to provide Ukraine with a "continuous supply of ammunition," a senior Pentagon official told reporters. Kyiv has made good use of the 19 arms deliveries from Washington so far, the government representative added. At the moment there is "no progress" for Russia on the battlefield.

The now announced delivery should include, among other things, precisely controllable rockets for rocket launchers of the Himars type. The system had already enabled the Ukrainian army in the past few weeks to hit Russian command centers and ammunition depots far behind the front line. Anti-tank guided missiles of the TOW and Javelin types will also be part of the next delivery, as well as anti-radar missiles, surveillance drones and howitzers.

‹ ›
Keywords:
ScholzOlafKrimKriseSelenskyjWolodymyrVorbrueggenCarlottaPutinWladimirRusslandUkraineKrieg (24.2.2022)NewsteamKiewPolitikWolodymyr SelenskyjBerlin TagesspiegelWashingtonKrimJulia FriedrichEuropaSaporischschjaOlena SelenskaExplosionNord StreamApple PodcastSewastopolUSATürkeiFacebook
Your comment has been forwarded to the administrator for approval.×
Warning! Will constitute a criminal offense, illegal, threatening, offensive, insulting and swearing, derogatory, defamatory, vulgar, pornographic, indecent, personality rights, damaging or similar nature in the nature of all kinds of financial content, legal, criminal and administrative responsibility for the content of the sender member / members are belong.
Related News