The Berlin Senator for the Interior takes stock: Berlin police officers alone have put in 233,000 hours of service during road blockades and other protests by the climate group “Last Generation”. 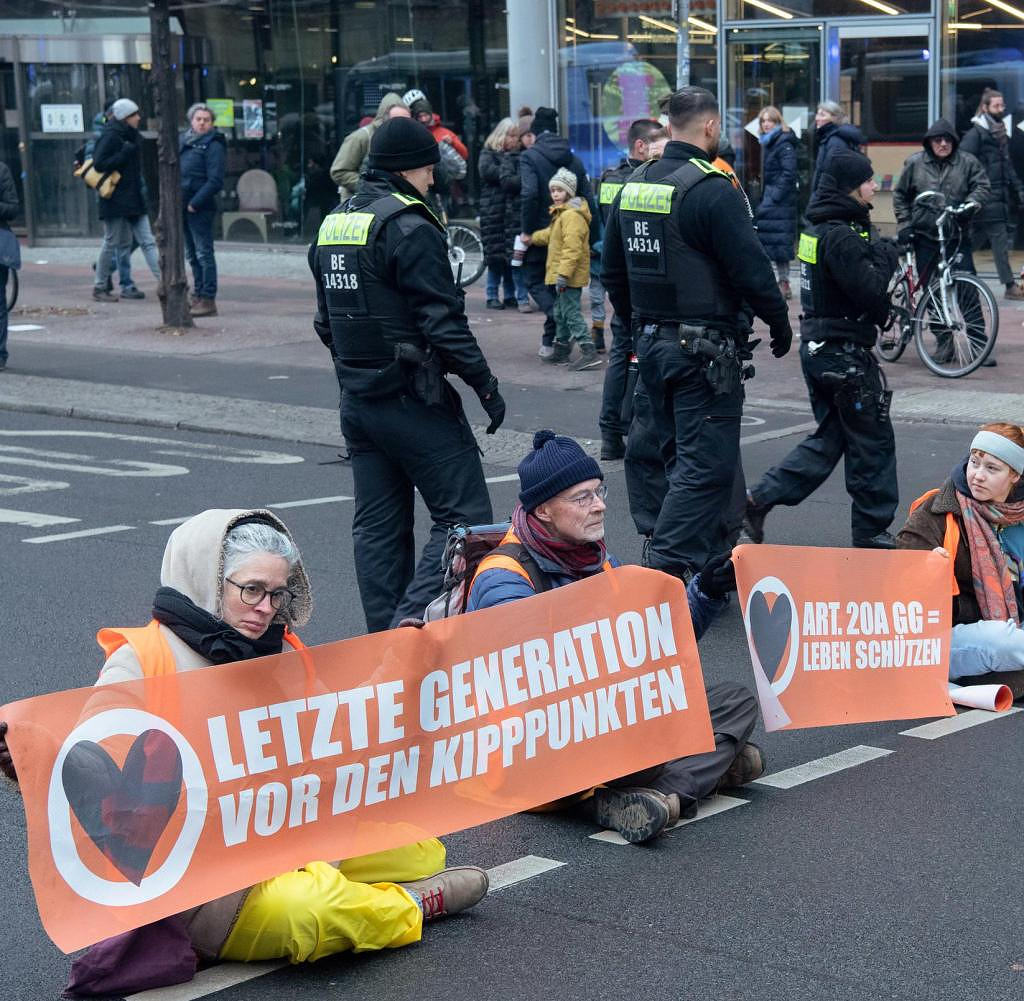 The Berlin Senator for the Interior takes stock: Berlin police officers alone have put in 233,000 hours of service during road blockades and other protests by the climate group “Last Generation”. Iris Spranger (SPD) called the number on Monday in the interior committee of the Berlin House of Representatives. 756 suspects were found, 2700 criminal charges were filed and 761 processes were determined.

Almost a year ago, the "Last Generation" started blocking streets, with activists sticking themselves to the road. There was also such a protest on Monday: According to the police, eight people blocked the Beusselstraße exit on the A100 towards Wedding around eight o'clock. Four would have stuck.

Spranger said in the committee that a fee of 241 euros would be charged per mission. In the meantime, a fine of 2,000 euros would be imposed on suspects who had stuck themselves in Berlin more than eight times.

The interior senator rated the protest actions as "politically motivated crimes", but also said: "Nevertheless, the border to extremism has not yet been crossed." . "We cannot and will not tolerate that."

When asked by a member of parliament for information on the payment of the activists by a Berlin association, the senator said that the "climate stickers" themselves had made it public "that they were paid, that they received donations". The authorities would have a keen eye on where these funds come from.

"I'm not aware that the Berlin Senate supports an association that pays the activists." Among other things, WELT had published a corresponding report, meaning the “Change Alliance” association.

‹ ›
Keywords:
NewsteamAufstand Der Letzten Generation (Aktivisten)BerlinPolizeiTexttospeechSPDIris SprangerKrimi
Your comment has been forwarded to the administrator for approval.×
Warning! Will constitute a criminal offense, illegal, threatening, offensive, insulting and swearing, derogatory, defamatory, vulgar, pornographic, indecent, personality rights, damaging or similar nature in the nature of all kinds of financial content, legal, criminal and administrative responsibility for the content of the sender member / members are belong.
Related News