Berlin district mayor von Dassel has to give up his office

The district mayor of Berlin-Mitte, Stephan von Dassel, has to give up his office. 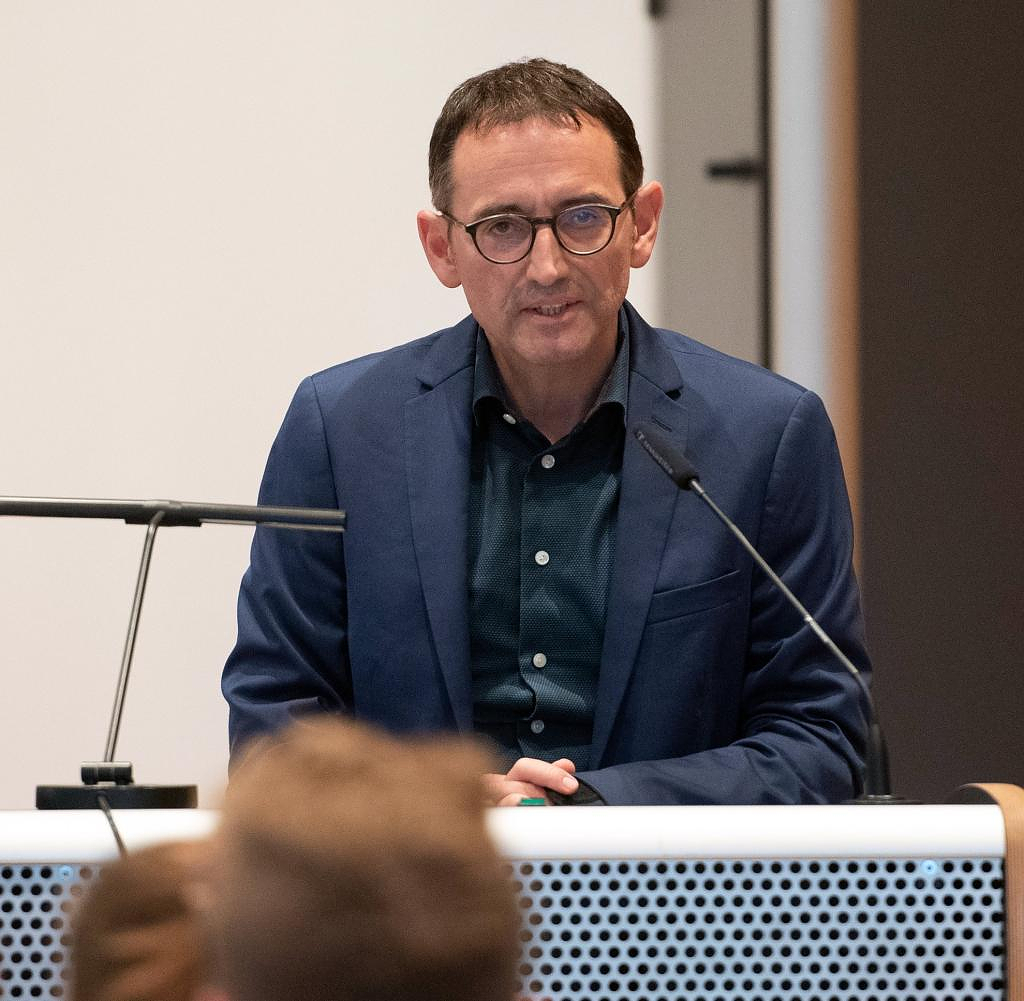 The district mayor of Berlin-Mitte, Stephan von Dassel, has to give up his office. In the local parliament, the Green politician no longer had any support after sharp criticism of his behavior in connection with a controversial appointment. At a special session on Thursday evening, the district assembly (BVV) voted with the necessary two-thirds majority for his deselection - with 43 yes votes, 4 abstentions and no no votes, the result was clear. Von Dassel is now on temporary retirement.

It has not yet been decided who will take over as his successor. It cannot be ruled out that this will be clarified by the next regular BVV meeting on Thursday in a week, but it is unlikely. His previous deputy Ephraim Gothe from the SPD will initially take over from Dassel's tasks. The right to propose a new district mayor lies with the strongest faction in the BVV – the Greens.

Von Dassel said that all he could do was to wish the district office a lot of luck and then turned to the members of parliament: "I can only say to you as a district councillor, be gracious to the BA members, who are always faced with decisions in difficult times stand where there is no simple yes or no.”

Dassel explained to journalists that the disciplinary proceedings he had instituted against him are continuing. "That's also one of the reasons why I couldn't resign. If I had resigned, it would have been automatically discontinued," he said. In the event of a resignation, however, he would not have had any entitlement to a pension or other pension payments - unlike in the case of deselection.

“It is very important to me that the disciplinary proceedings come to a conclusion. I am convinced that I will be cleared of all allegations.” Von Dassel announced that he would publish the result in any case, “regardless of what is in it”.

With the clear vote of the district assembly against the district mayor, a phase of intensive debates about his behavior comes to an end.

Von Dassel is said to have tried to dissuade an applicant who was unsuccessful in filling a position from appealing the decision by making a payment of money.

The left parliamentary group leader in the district, Sven Diedrich, spoke of an unprecedented event in Berlin politics. The SPD accused von Dassel of exceeding the limit unacceptably. The district mayor, on the other hand, had stated that there had been no concrete offer of money.

After the process became known, the district assembly (BVV) initiated a voting procedure against the Green politician, who had been in office since 2016. There was also support for this from the Greens parliamentary group in Mitte.

To justify his contacts with the unsuccessful applicant, von Dassel said that he wanted to fill the management of the district office, which is important for the district, as quickly as possible. He only wanted the best for the district and the state of Berlin.

However, at the first special session on Thursday a week ago, a large majority indicated that he would be voted out. With the exception of the AfD, all BVV factions signaled that they no longer had confidence in von Dassel. There was also criticism that the position in question should be given to a Greens member who knew von Dassel.

The discussion about possible candidates for the post at the head of the district office had already begun before von Dassel was dismissed. From the Greens in Mitte, the two district councilors Almut Neumann and Stefanie Remlinger are considered suitable. Remlinger, who is currently responsible for education in the district office, told the daily newspaper "taz": "If the green basis wants it, I'm available."

Von Dassel said of his future after he was voted out: "I have no idea. You remain a political person.” And there are many tasks, also on a voluntary basis or where you can support employees in public administration. "I still see myself as having an obligation to support the public sector to the best of my knowledge and belief."

‹ ›
Keywords:
NewsteamBürgermeisterBerlin
Your comment has been forwarded to the administrator for approval.×
Warning! Will constitute a criminal offense, illegal, threatening, offensive, insulting and swearing, derogatory, defamatory, vulgar, pornographic, indecent, personality rights, damaging or similar nature in the nature of all kinds of financial content, legal, criminal and administrative responsibility for the content of the sender member / members are belong.
Related News