Belgium: Moroccan imam Iquioussen placed in a closed center to be deported

"The man lost his right of residence in France and had to return to his country of origin, Morocco. 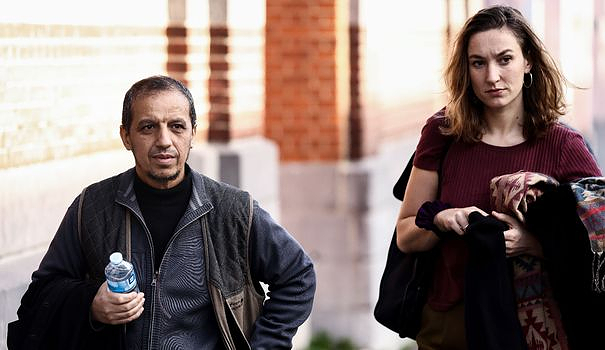 "The man lost his right of residence in France and had to return to his country of origin, Morocco. He was therefore placed in a closed return center with a view to his removal from the territory", indicated the secretary of State, Nicole de Moor, in a press release.

"He gives no sign that he wishes to return voluntarily. The French authorities are still demanding the return of the person in order to be able to send him to Morocco", added this Flemish Christian-Democrat official, specifying that Mr. Iquioussen has not "not authorized to stay on Belgian territory.

"We remain in contact with France to allow his removal," she said.

On Tuesday Belgian justice had a second time refused to hand over the imam to France under a European arrest warrant (MAE).

The Mons Court of Appeal confirmed the decision rendered at first instance on October 21 by the Tournai court.

The imam's lawyers argued that the offense charged by France ("subtracting the execution of a removal order") does not exist in Belgian law, which is a condition for an EAW to be executed.

On Wednesday morning, Ms. de Moor argues that Belgian justice also decided on Tuesday that Imam Iquioussen "can no longer be placed in pre-trial detention pending his extradition to France". "As a result, this person no longer has to wear an electronic bracelet", adds the Secretary of State.

Hassan Iquioussen, arrested on September 30 in the Mons region, in French-speaking Belgium and who had been under house arrest since October under electronic surveillance, was at the heart of a political and legal imbroglio this summer in France.

At the end of July, the French Minister of the Interior Gérald Darmanin announced the expulsion of this 58-year-old preacher, on file S (for state security) by the intelligence services.

The decree signed by the minister's hand reproaches him for "a proselytizing speech interspersed with remarks inciting hatred and discrimination and carrying a vision of Islam contrary to the values ​​of the Republic".

But Mr. Iquioussen could not be found when this decree, which he had challenged in court, had been definitively validated by the Council of State on August 31.