The imam, arrested in Belgium on September 30, challenges his extradition. 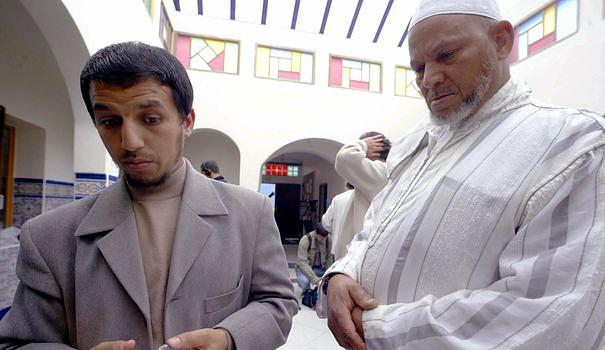 The imam, arrested in Belgium on September 30, challenges his extradition.

His lawyer notably pleaded that he risked "an unfair trial" in France, "because of the extent of the controversy", he explained.

Hassan Iquioussen, currently incarcerated in a Belgian prison, appeared Friday during a closed hearing before the council chamber of the court of Tournai (west), responsible for ruling on the arrest warrant (MAE).

According to Mr. Cohen, the prosecution decided in favor of the execution of the EAW, which suggests an appeal on his part before the Court of Appeal.

The Tournai court could not be reached on Friday at the end of the day. The council chamber's order should be communicated to the imam's defenders on Monday.

At the end of July, the French Minister of the Interior Gérald Darmanin announced the expulsion of this preacher from the North, on file S (for state security) by the intelligence services "for eighteen months", according to him.

The expulsion order accused him of "a proselytizing speech interspersed with remarks inciting hatred and discrimination and carrying a vision of Islam contrary to the values ​​of the Republic".

Mr. Iquioussen could not be found when this decree, which he had challenged in court, had been definitively validated by the Council of State on August 31.

His French lawyer, Me Lucie Simon, judged that he had "purely and simply respected French law by leaving France for Wallonia".

Logical consequence, Me Simon castigated the issuance of an EAW and challenged its validity, believing that it is based "on an offense" which is, according to her, "not constituted". "Why look for him? Why do you want to bring him back?", she wondered at the beginning of September.

The argument was again brandished on Friday by Me Simon and Me Cohen.

The "evasion of the execution of a removal measure" accused of the imam by a judge in Valenciennes (northern France) "is not an offense under Belgian law", argued Me Cohen.

One of the conditions for extradition is that "both countries incriminate the same behavior", he added.

Three days after the imam's arrest in the Mons region (southern Belgium), Lucie Simon had denounced the "pressure" from the French executive, stressing that her client had "trust in Belgian justice not to ( (y) yield".