This speech comes on the day of the Council of Ministers back to school, during which Emmanuel Macron once again insisted on the seriousness of the issues faced with the "series of serious crises" at the global level, from the conflict in Ukraine to climate change. 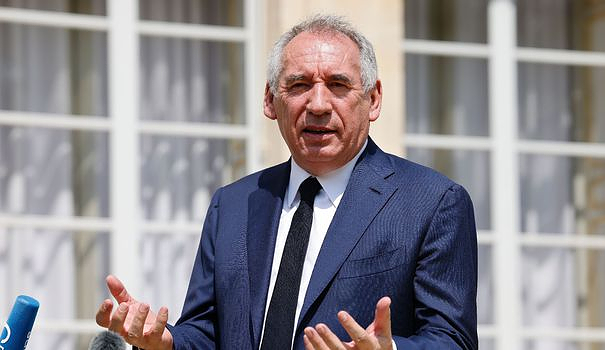 This speech comes on the day of the Council of Ministers back to school, during which Emmanuel Macron once again insisted on the seriousness of the issues faced with the "series of serious crises" at the global level, from the conflict in Ukraine to climate change.

"My deep feeling is that we are heading towards the most serious crisis that France has known since the war", "perhaps even worse than the Algerian war" (1954-1962), believes Mr. Bayrou at Le Point.

"I don't believe that such a crisis can be overcome without a huge national effort. But the very idea of ​​a national effort often seems to have faded away", judges the centrist official, also High Commissioner for Planning.

"I sometimes have the impression that the political world itself does not realize what is coming, given the howls and insults that pollute the debates in the National Assembly", judges the boss of the MoDem, allied to the presidential party within a relative majority in the Assembly.

Internationally, Mr. Bayrou cites the conflict in Ukraine, the risk of a food crisis, particularly in Africa, racial tensions in the United States, the situation in China and the elections in Italy, where the leader of the far-right party Fratelli d'Italia Giorgia Meloni is in the lead in the polls for the legislative elections on 25th September.

He also mentions the issues related to the energy transition, the "very high inflation" and the question of the "imbalance of our finances", of which "no one in public opinion seems to be really aware anymore".

Emmanuel Macron, assures Mr. Bayrou, "will not evade any of the crucial questions of our future". "It is more in the question of the medium and long term than in the management of the immediate".

Mr. Bayrou also reaffirms the "political, more independent and initiative" role that he believes the Prime Minister must have in this new political configuration, as he had done the day after the legislative elections, which had been perceived as a review of the profile of Elisabeth Borne.

"I believe that Elisabeth Borne, intelligent and determined, has understood this and that she is experiencing the need for this change," he said.