Europe-Ecologie The Greens, which is meeting this weekend as planned its federal council - the party's parliament - had gathered its executive office and the internal unit in the morning, after an article in Liberation revealing on Friday that Julien Bayou, who resigned after accusations of psychological violence against an ex-companion, was under the surveillance of feminist party activists. 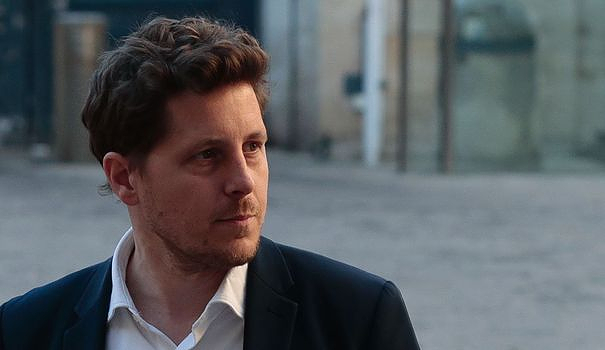 Europe-Ecologie The Greens, which is meeting this weekend as planned its federal council - the party's parliament - had gathered its executive office and the internal unit in the morning, after an article in Liberation revealing on Friday that Julien Bayou, who resigned after accusations of psychological violence against an ex-companion, was under the surveillance of feminist party activists.

"The information published in Libé confirms the need to think about the best way to deal with this particular case," an EELV executive told AFP. According to another source, it was "normal for the information in this article to be taken into account and treated politically".

At the end of this meeting, the executive office renewed its "confidence" in the internal cell, whose work was criticized by Julien Bayou's lawyer, and by several external political leaders, denouncing "private justice".

Deputy National Secretary Jérémie Crépel, who temporarily replaces, with Léa Balage, Julien Bayou, expressed "our pride in hearing the voices of victims and in dealing seriously with gender-based and sexual violence while others choose to ignore it. ".

He stressed that "the possible need to outsource all or part of the investigations (was) on the table", but welcomed the self-sacrifice "of the members of this cell, "the disciplinary body of our movement responsible for proposing internal sanctions ".

He also confirmed that an audit "by an independent external body", planned well before the case, "will be done".

The ordinary agenda of the Federal Council is to decide on the calendar of the next congress. This should take place in December, because an internal referendum, aimed at postponing it, did not obtain the number of votes sufficient to be validated.

The party has been experiencing internal turmoil since Julien Bayou's resignation on Monday, in order to be able to defend himself from the accusations he faces and which he denies, without there being a complaint or a judicial inquiry.

The Liberation article accentuated the uneasiness, revealing that for three years, Julien Bayou had been living under pressure from an informal feminist collective which reproached him for his conduct and investigated his relations with women.

In a press release, EELV clarified that "all people with a link to Julien Bayou have withdrawn from the file" instructed by the internal cell. Liberation indicated that one of the members of this cell is part of the informal group that targeted the private life of Julien Bayou.

The cell "did not consider that there was a need to suspend Julien Bayou on a conservatory basis and it is continuing its work and these hearings", adds the text.

"The cell is doing what it can. We are dealing with subjects for which there are no nomenclatures or established procedures", but "we cannot reduce a victorious struggle strategy to individual initiatives, sometimes approximate", explained in the morning a party executive to AFP.

The cell had self-seized from an investigation into Julien Bayou in July after an email from his ex-companion, from whom he separated in November 2021.

The case took a new turn last week, when MP Sandrine Rousseau accused him of "behaviour likely to break the moral health of women" on a TV set, recounting having "long" received the ex-companion by Julien Bayou.

The office of the environmental group in the National Assembly then suspended Julien Bayou from his duties as co-president of the group.

This decision was taken "to give serenity to the listening cell but it appears as a sanction (...) and this sanction, it is not normal", criticized Friday the ex-candidate in the 2022 presidential election, MEP Yannick Jadot, who had nevertheless himself asked for a withdrawal from the head of the party.

In a tweet, the former environmental candidate for the presidential election, Eva Joly, reacted to the Liberation article: "The end does not justify the means. These actions outside of any framework serve the cause they are supposed to do. move forward and are dangerous for the very people we claim to be protecting".