Battery, tyres, lighting - this is how you get through the cold with the e-bike safely

The street scene fits in with the long-rising sales figures for pedelecs: Often dressed in appropriate clothing, occasionally with additional reflective strips, and even in bad weather you can see them more and more often – the easily gliding e-bikers. 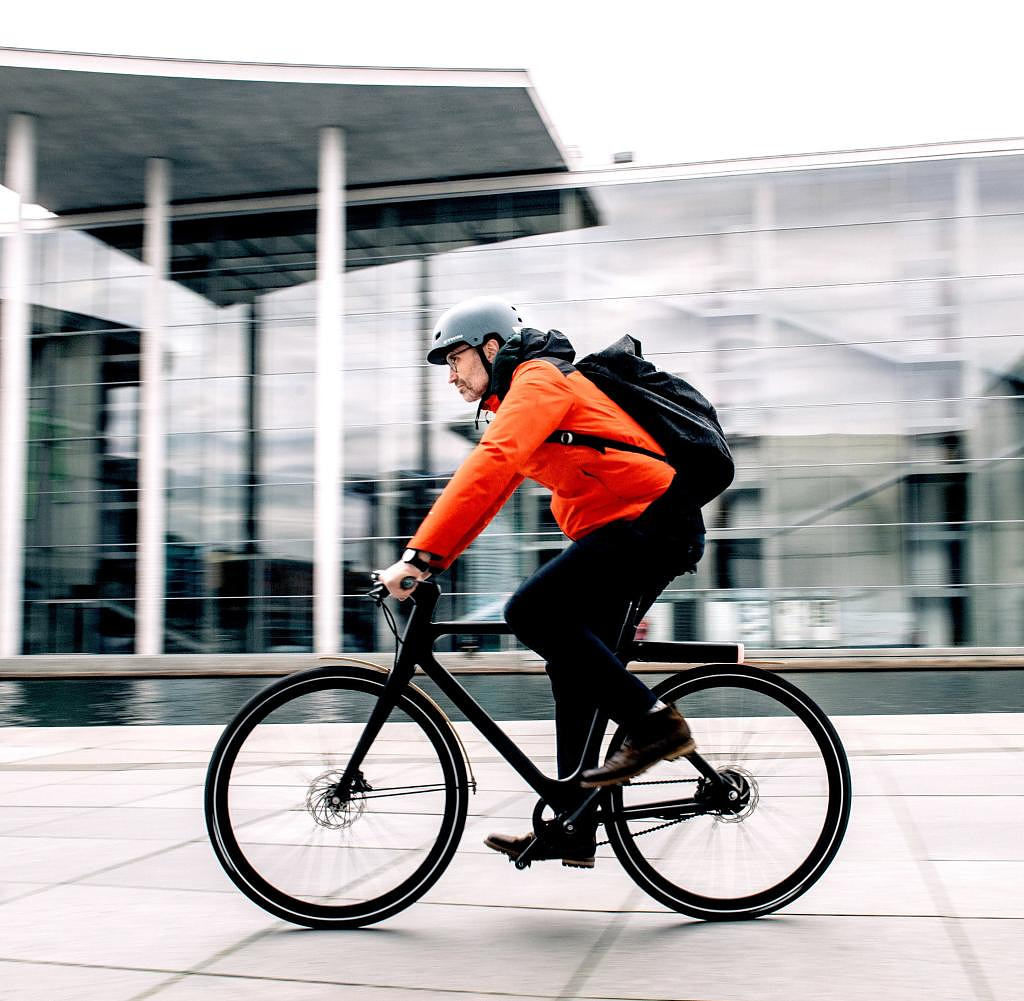 The street scene fits in with the long-rising sales figures for pedelecs: Often dressed in appropriate clothing, occasionally with additional reflective strips, and even in bad weather you can see them more and more often – the easily gliding e-bikers.

"Just because the days are getting shorter and the weather more changeable, that doesn't mean the two-wheeler has to be stowed away in the basement or garage for the winter," says Sören Heinze from the Auto Club Europa (ACE).

But if you “ride through”, i.e. don’t put your e-bike in the corner during the cold half of the year, you should prepare for it and follow a few tips. It doesn't matter whether you stay in the saddle for the commute to work or for leisure trips.

Pedelecs, usually called e-bikes in everyday life, are legally equivalent to bicycles. But because they have a motor, they drive differently. This makes a difference, especially in autumn and winter. The acceleration forces are higher. The Stiftung Warentest recommends that bikers should be careful when starting off if there is a threat of ice due to leaves, moisture or snow.

The reason: Depending on the model, electric motors could react with a delay. In slippery conditions this can be dangerous. So that the tires do not spin as soon as you start, it is better to choose a low support level.

Driving carefully and slower in adverse road conditions is a matter of course in road traffic. Above all, mishaps in curves are better prevented by a passive driving style. The rather high weight of the electric bikes entails an additional risk of slipping.

E-bikes are usually equipped with hard-gripping disc brakes. And these work very well even in cold and wet conditions, says e-bike expert Sascha Coccorullo from ADAC.

The grip, i.e. the frictional resistance between the wheel and the road, is then usually not as high as in summer. The tires lock earlier and the risk of falling increases. So you have to get used to that.

The ADAC warns of the risk of falling on wet or freezing leaves and new road markings. These offer less grip than medians, edge markings or turning arrows that are already heavily used. Braking and accelerating can also become a trap here.

Next to the motor, the battery is the most important electronic part on an e-bike that requires good care. Basically, the range is reduced in the cold because the electrical resistance in the battery increases.

"The charger should also be in your luggage for distances that you would otherwise cover with one battery charge," says René Filippek from the General German Bicycle Club (ADFC).

If you're used to the battery lasting 80 kilometers, you have to reckon with maybe only getting 65 or 70 kilometers in winter. So that the watt hours are not lost permanently, the bicycle power storage is protected from damage by protecting it from the cold as much as possible.

This includes, for example, not charging it when it is cold. So it's best not to leave it on the bike at all, but take it off and store it in the apartment or in a warmer basement, advises the Tüv-Verband (VdTÜV).

If it does cool down, immediate charging would shorten its service life, which manufacturers indicate with good handling at 500 to 1000 full charging cycles. These can also be made up of partial loads.

It is better to wait until it has warmed up to room temperature and then plug it in. A quarter of an hour should be enough for acclimatization. According to VdTÜV, some systems automatically prevent batteries that are too cold from being charged at all.

On the other hand, using the e-bike in the freezing cold is not a problem. During operation, rechargeable batteries generate their own heat, so that low outside temperatures do not harm them during the tour.

On autumn or winter roads, however, a lot of dirt quickly gets onto e-bikes. The ADFC recommends that mud and salt residue should be removed quickly with water. Thermal protective covers, which are available to fit many common batteries, not only protect against dirt, but also cushion the loss of performance somewhat. The bike should be parked in a dry and warm place.

According to Filippek, if you treat frames and parts with anti-rust agents such as spray wax, you should be careful on the e-bike to avoid monitors, batteries and the housings of electronic components. The plastic surfaces can be attacked by some agents. ADAC also recommends using contact spray to keep moisture away from electrical connections such as the battery contacts.

Bicycle lighting is particularly important in winter: "On the one hand, it's dark for a large part of the day, and on the other hand, good light also helps to identify potentially slippery areas and prevent falls," says Coccorullo from ADAC.

According to ACE spokesman Heinze, many e-bikes have the correct lighting equipment. The elements are often connected directly to the drive battery for the purpose of power supply.

If battery-powered lights are used, you should be aware that the lighting duration can be reduced in cold weather. "So make sure you fully charge the batteries beforehand so that you don't end up without a light," says Coccorullo.

Brake, high beam and daytime running lights can also be retrofitted. For pedelecs, ACE recommends having this done by a specialist workshop.

Because pedelecs are heavier than normal bicycles, they are usually fitted with special tires that are labeled "e-bike ready". They make sense because acceleration and braking forces are usually higher with electrified bicycles, says Thomas Geisler from the press service bicycle.

In winter, when these forces also promote falls, special winter tires are advisable - although, unlike on a car, they are not mandatory.

"Winter tires are recommended for people who regularly cycle during the winter months," says ADFC expert Filippek. They are made of special rubber compounds and roll on a lamellar profile - both ensure better grip on slippery surfaces, wet leaves or snow.

Only on ice they can do little. Then spiked tires can provide more grip, they are allowed on bicycles and pedelecs in Germany - unlike on cars. "The metal pins provide security when driving on icy surfaces or on hard-packed snow," says Filippek.

In the dreary weather of a typical German winter, however, a purchase is questionable because spikes have more rolling resistance on ice-free roads and clatter constantly while driving on bare asphalt.