He advanced his pawns discreetly, with almost no one noticing the disinformation power of his positions. 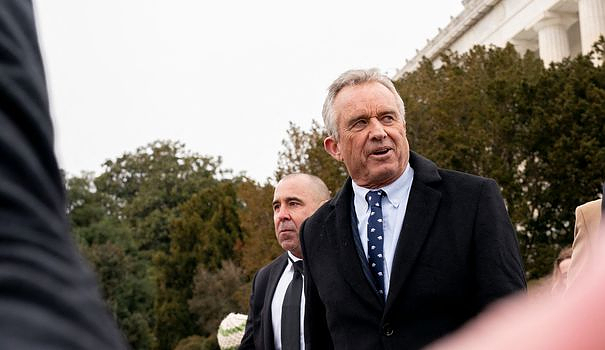 He advanced his pawns discreetly, with almost no one noticing the disinformation power of his positions. Lawyer Robert F. Kennedy Jr, a descendant of the famous family of power, has embarked since 2011 on an anti-vaccine crusade which he finances and maintains by exploiting the virality of social networks. A brilliant lawyer, in the past, at the origin of many ecological battles against large corrupt industrial groups, Kennedy, by dint of denouncing the companies which reject toxic chemical products without precaution, has fallen into conspiracy theories. In his eyes, the pharmaceutical industry would silence the harmful effects of mercury in vaccines.

The flagship of his fight bears a declamatory name that gives it the appearance of an important institution: the Children's Health Defense. Launched in 2011, the organization produces big-budget movies and subsidizes a slew of the wackiest productions to flood and influence antivax thinking. It finances studies of scientific apparatus by historians, doctors, lawyers, pastors with all the more extreme positions on vaccines. To read them, among other things, the inoculations would be responsible for the occurrence of autism or would not be adapted to the metabolisms of black people.

An academic paper, published in January 2020, detailed that along with the other leading producer of medical misinformation, Children's Health Defense was responsible for 54% of anti-vaccine advertising content on Facebook. However, Robert F. Kennedy Jr's ambition does not stop at the borders of the American social network. In the summer of 2021, he launched a "documentary" pointing out medical failures and experiments against black people to sow distrust of Covid vaccines. "'Medical Racism: The New Apartheid' is sensational clickbait," Jonathan Jarry, science communicator for McGill University's Science and Society Organization, sums up in an article. published by his faculty.

The film layers real violations committed against black people with testimonies from grieving families and dubious allegations. The noise around the film finally got the better of Children's Health Defense's Instagram and Facebook account. They were removed by Meta, the parent company of the two platforms, on Thursday. "We have deleted the Instagram and Facebook accounts in question for repeated violations of our Covid-19 policies," a Meta spokesperson told AFP.

The organization accuses the Californian firm of not respecting its right to freedom of expression. "Facebook is acting here as a representative of the federal government's crusade to silence any criticism of the government's draconian policies," Kennedy said. The Children's Health Defense YouTube channel had already been deleted in September 2021. Kennedy and his followers are losing a sounding board, which could cause his posts to drop in audience...