Balerma asserts that his beach requires help because of the music and acknowledgements he has made. 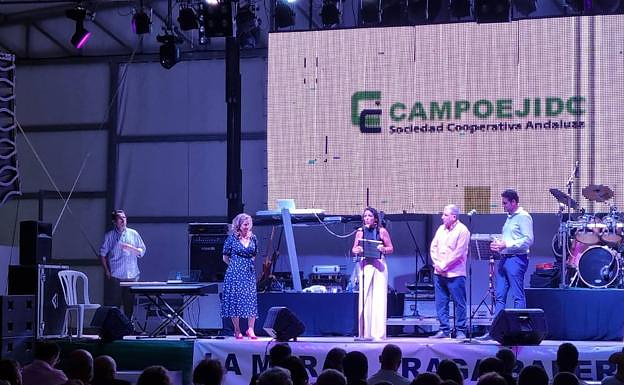 Balerma's Sun and Sand Tent was the site of Saturday night's special Spring Gala. It was organized by Balerma Beach Stabilization Work Group and brought together approximately 400 people.

Balermeros have witnessed for many years the erosion of their coasts, and how the contributions made by sand are disappearing faster and faster, being engulfed in a sea that appears to have no mercy on a land that has always lived on him and the one that he swallows.

After many meetings with administrations, collecting signatures and sending petitions, rallies, demonstrations, etc., Saturday night was a different day for claiming. Balerma expressed gratitude to all administrations for their assistance and hoped that they would continue to do so until a final solution is found that allows them to breathe.

The Work Group for the Stabilization of Balerma Beach was established a year ago in order to help the town recover the beach. It has been recognized by the Dalias and El Ejido City Councils as well as the Coag organization, the Provincial Council, and the Andalusian Parlament.

Francisco Gimenez, the mayor of Dalias was the first to take the stage. He recalled his childhood memories and spoke about his experiences. "I can remember that there were still a few houses before the boardwalk, and this cannot continue." Gimenez stated that there are solutions that can be inclusive of all peoples.

Maria Jose Martin, Councilor for Sports at El Ejido, also assured that the City Council will continue to work "so that our problem here in Balerma can be solved" and that, as a Balermera, she is confident that it is possible. Because we all row in the same direction, something that we balermeros have proven is that.

Andres Gongora was the provincial secretary of Coag. He stated that "the citizen movements is what is starting to change things." It is important to feel proud of your accomplishments and to be encouraged to reach the goal. However, it will not be possible without the support of our people.

This is the first Spring Gala

Marta Bosquet, President of the Andalusian Parlament, was the last to take to the stage to receive an award. She stressed that the award should be presented by the Parliament to Balerma's people for their courage. It is an honor that the Parliament is being rewarded for "acting on the people's behalf as public representatives", but it is also a privilege that they are doing so. She stressed that this obligation is also a form of devotion, because "as Almerian, the problems of this land hurts me". He gave them the strength and drive they needed to "Balerma need to recover his future".

With the move to music, came an extremely emotional moment like the performance of Pilar Lopez Romero's pasodoble "Balerma mi mar" by Curro. Curro made the audience stand up and sing along. This was before the concert of La Copla Viva' featuring the artists Cintia Merino, Jesus Gonzalez, and Fran Doblas. The Orquesta Cristal followed.

‹ ›
Keywords:
BalermaReivindicaReconocimientosMúsicaPlayaNecesitaAyuda
Your comment has been forwarded to the administrator for approval.×
Warning! Will constitute a criminal offense, illegal, threatening, offensive, insulting and swearing, derogatory, defamatory, vulgar, pornographic, indecent, personality rights, damaging or similar nature in the nature of all kinds of financial content, legal, criminal and administrative responsibility for the content of the sender member / members are belong.
Related News