Foreign Minister Annalena Baerbock has called on Europe and the West to continue to stand close and in solidarity with Ukraine in 2023. 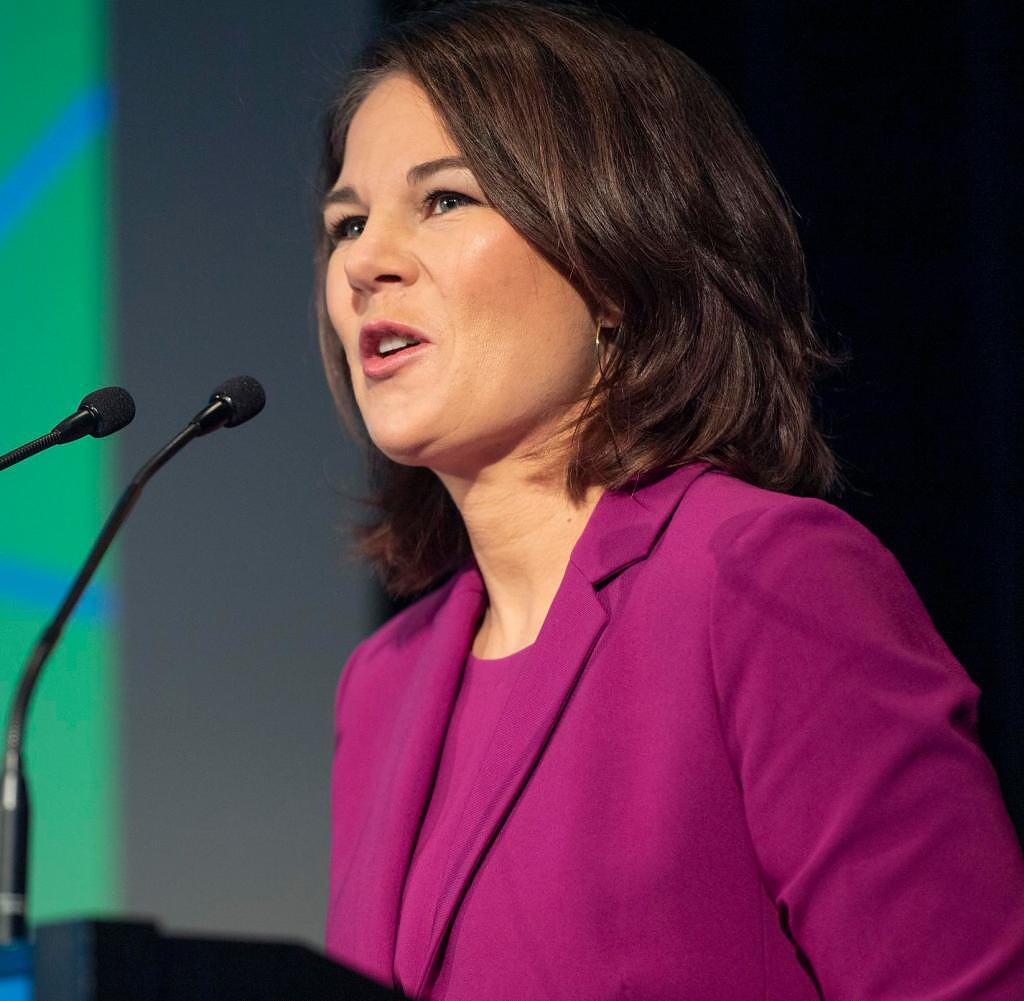 Foreign Minister Annalena Baerbock has called on Europe and the West to continue to stand close and in solidarity with Ukraine in 2023. In view of the Russian aggression, the strongest reaction lies in the joint response of the partners, said the Green politician on Wednesday at a conference of the heads of the Portuguese missions abroad in the capital Lisbon.

Baerbock was invited to the annual event by her Portuguese colleague João Gomes Cravinho.

At the same time, the politician criticized the recent Russian attacks in an interview. As long as Russia attacks Ukraine even on the holidays, it is an attack on humanity. That's why you have to stand by Ukraine for as long as it is necessary, she told the new capital city newsletter "Berlin.Table" from the media house Table Media.

In this context, the Foreign Minister also warned against a so-called "dictated peace". "I understand the wish of those who say: Please just keep the guns silent. But behind it is that one would be willing to simply accept a Russian dictated peace,” she said verbatim.

Currently, Moscow cannot be reached with peaceful offers. "Putin wants to break or annihilate the people in Ukraine." “We have to be honest: our Eastern European neighbors have warned us again and again. That is the point that we in Germany have to reflect on self-critically.”

It was a mistake towards the Baltic states "that they shied away from the public conflict with Russia and declared Nord Stream 2 to be a purely economic project," said Baerbock. For years, the federal government wanted to avoid "smashing porcelain in Moscow, leaving even more broken pieces in the Baltic".

Annalena Baerbock arrived in Portugal on Tuesday evening for her almost two-day visit. During the visit to the capital, Lisbon, the focus was not only on Ukraine, but also on climate and energy issues and the protection of the oceans.

‹ ›
Keywords:
NewsteamRusslandUkraineKrieg (24.2.2022)BaerbockAnnalenaAußenministeriumTexttospeechUkraineAnnalena BaerbockRusslandLissabonEuropaApple PodcastPortugalMoskauDiktatfriedenPolitik
Your comment has been forwarded to the administrator for approval.×
Warning! Will constitute a criminal offense, illegal, threatening, offensive, insulting and swearing, derogatory, defamatory, vulgar, pornographic, indecent, personality rights, damaging or similar nature in the nature of all kinds of financial content, legal, criminal and administrative responsibility for the content of the sender member / members are belong.
Related News