Back to school and inflation: have the prices of supplies increased?

From the end of June, the Minister of Education, Pap Ndiaye, was worried about the cost of the start of the school year. 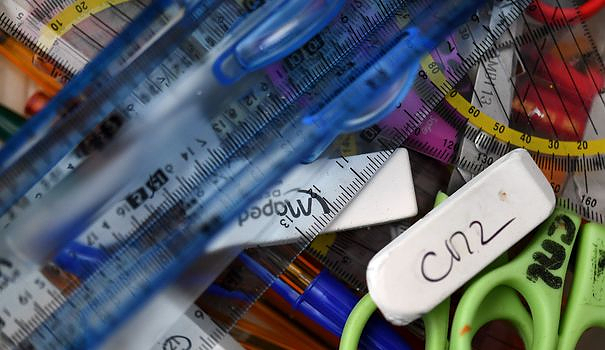 From the end of June, the Minister of Education, Pap Ndiaye, was worried about the cost of the start of the school year. In a letter addressed to the heads of establishments, he encouraged them to "produce lists of reasonable supplies in order to limit the financial cost for families". Nearly two months have passed and low-income families have recently been able to rejoice in the payment of the back-to-school allowance, which relieves nearly three million households. Despite the aid distributed by the State, the start of the school year should however worry some parents when paying the bills. Inflation, triggered by the Covid-19 crisis and accelerated by the effects of the war in Ukraine, continues its course and the school supply sector is not immune to rising prices.

The cost of the start of the 2022 school year amounts to 208.12 euros, an increase of 4.25% compared to the start of the 2021 school year (199.64 euros), according to the annual report of the association of families of France. For a sixth-grade student, it's almost ten euros difference on the total price of the shopping cart compared to the previous school year. This increase "was expected in the current context of growing inflation and rising raw material costs", comments the association. It is however partly contained thanks to the negotiations carried out upstream of the war in Ukraine by certain purchasing groups.

But the overall increase has a direct impact on the behavior of families since many of them intend to restrict their purchases by betting on equipment and stationery lying around in the bottom of drawers. 78% of French people contacted by a CSA Research survey for Cofidis said they wanted to go in this direction. The phenomenon already seems to be observable among distributors: the daily newspaper Le Monde affirms, using figures from the GFK institute, that sales volumes have decreased by 2% over the first weeks of sales.

In detail, it is undoubtedly the price of items related to the practice of sport at school that are rising the most heavily. The "sporting goods" item amounted to 55.19 euros, an increase of 14.98% compared to 2021. Whatever the brands or types of distributors, shoes and equipment recorded an increase of at least minus 10%.

Already under tension, the paper sector was closely monitored during the start of the school year. Firms in the branch feared a record increase. This is real, since the "stationery" item amounts to 49.59 euros, but the increase is barely an additional euro compared to 2021. This is explained by the desire of manufacturers and distributors to multiply promotional operations and trimming part of their margins to attract customers.

At Leclerc, the 96-page Oxford notebook in 24x32 format went from 1.08 to 1.26 euros between August 2021 and August 2022, an increase of almost 17%, reports BFM. At Carrefour, packages of double copies and single copies of the Oxford brand rose by 20%. More generally, the entire paper sector is affected. Paper pulp jumped 70% over one year.

However, the Association Familles de France is delighted with the decline in certain product categories within the stationery department. Notebooks or binders saw their average cost decrease by 2.78% over the entire distribution circuit. This is explained by the return of unsold stocks last year to the shelves at the start of the school year. Supply sometimes proves to be higher than demand, and prices are thus pulled down.

Rulers, pens, calculators, kits and all the essential schoolbag supplies are obviously the products that weigh the heaviest on the ticket when it comes to checkout. They amount to €103.34 on average, or 2.69% more than last year. Above all, the prices are very different depending on the type of store families go to. Prices are on average around €94.59 in hypermarkets, €97.12 in supermarkets and €118.33 in specialist stores. This is undoubtedly where parents intend to reduce expenses as much as possible and reduce waste by favoring business acquired at the start of the 2021 school year.