A total of 332,753 animals have been euthanized in the twenty contaminated farms since August 1, we learned on Wednesday from the Ministry of Agriculture. 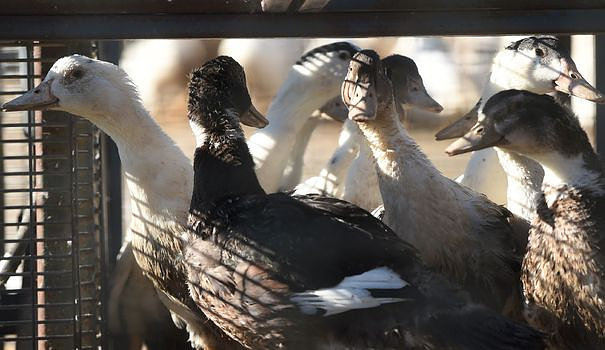 A total of 332,753 animals have been euthanized in the twenty contaminated farms since August 1, we learned on Wednesday from the Ministry of Agriculture.

The previous outbreak of the virus in French farms (end of November 2021 - mid-May 2022) led to the culling of 21 million birds - including healthy animals, as a preventive measure. A level never seen before.

This episode caused a shock in the poultry sector, surprised by the extent of contamination in the Pays de la Loire regions (in particular in Vendée) and Brittany, large breeding grounds which had been spared during the previous crises linked to the Avian Flu.

Breeders are "traumatized economically, psychologically", underlined Joël Limouzin, vice-president of the majority agricultural union FNSEA on Wednesday, during the general assembly of poultry farmers in France (CFA, specialized section of the FNSEA).

"The novelty is this endemic situation which torments us all", added Mr. Limouzin, also president of the Chamber of Agriculture of Vendée, one of the most affected territories.

After this catastrophic 2021/2022 season, the virus has not disappeared from the environment in favor of the summer, as usual. It continued to circulate in wildlife, notably decimating protected marine species such as gannets in Brittany.

Cases on farms were identified from the end of July on the Channel coast.

The official counting of bird flu outbreaks for the 2022/2023 season started on August 1.

Since then, most of the confirmed cases have been in the Great West (Pays de la Loire, Brittany and Normandy). The virus has hit farms with turkeys, laying hens and waterfowl.

Breeding duck farms, strategic for the renewal of farms, were once again affected.

A case was also spotted in the South-West, in the duck farm of an individual in Gironde.

In addition to farms intended for food production, outbreaks of avian influenza have been identified in backyards and sites hosting captive birds (such as those kept by hunters to attract their congeners).

- The virus spotted in 16 European countries -

Since August 1, 16 European countries have spotted the virus on their territory, reports the French platform for epidemiological surveillance in animal health (ESA).

France is the second country "declaring the most poultry outbreaks since the start of the 2022/2023 season", after Germany, according to its weekly bulletin.

Hopes are pinned on the development of a vaccine for animals. But the results are not expected until next year.

"We round our backs and lower the densities" of animals in certain areas of the South-West in the hope of limiting losses, remarks to AFP the president of the foie gras interprofession (Cifog), Eric Dumas.

The repercussions of this prolonged health crisis are multiple.

Breeding farms have been decimated and the French production potential amputated, lending the flank to an increase in imports, especially from Poland, to meet the demand for chicken and eggs.

The raw material is lacking for manufacturers. They slaughtered 10.8% less poultry in August over one year, all species combined, according to the statistics service of the Ministry of Agriculture Agreste.

Even before the resumption of the epizootic this summer, the bill for bird flu amounted to more than a billion euros for the State to compensate for the losses of professionals.

As a general rule, poultry are euthanized individually by a veterinarian or collectively in boxes filled with carbon dioxide, before being transported to rendering. But at the heart of the crisis, the health services were overwhelmed and breeders testified that they themselves had to participate in the killing of their animals by cutting off the ventilation of their buildings.