According to several sources, Mr. 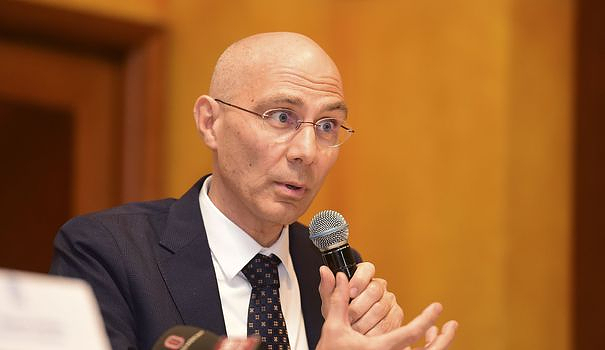 According to several sources, Mr. Guterres told UN member states on Wednesday evening that he wanted the appointment to this post of Mr. Türk, currently assistant secretary-general in charge of policy within his cabinet, in order to replace Michelle Bachelet.

Ms. Bachelet completed her four-year term on August 31 and, a week later, the UN has yet to announce who will replace her.

Aged 57, Mr. Türk has worked for the UN for more than thirty years and notably worked closely with Mr. Guterres when the latter held the post of United Nations High Commissioner for Refugees.

The UN General Assembly should take up this issue at a meeting on Thursday or Friday, according to the sources interviewed.

"In all previous appointments, the candidate recommended by the Secretary General was approved by consensus," the International Service for Human Rights (ISHR) said in a statement.

If appointed, Mr. Türk will find a well-stocked work table. Ms. Bachelet, former president of Chile, chose to release a long-awaited report minutes before the end of her term on possible crimes against humanity in the Chinese province of Xinjiang, the delicate follow-up of which will fall to her successor. .

Strongly criticized by China, which has exerted very strong pressure and led a campaign to prevent its publication, this 48-page document has been welcomed by many Western countries who see it as a solid basis for denouncing the abuses committed by the authorities. Chinese.

In this report, the UN refers to possible "crimes against humanity" and reports "credible evidence" of torture and sexual violence against the Uyghur minority and calls on the international community to act.

If it does not contain revelations compared to what was already known about the situation in Xinjiang, this document brings the seal of the United Nations to the accusations made for a long time against the Chinese authorities. However, he does not use the word "genocide", used in January 2021 by the United States and then adopted by deputies from other Western countries.

Human rights organizations have called on the next UN human rights chief to show courage and speak out against violations even in the most powerful countries.

"The stakes have never been higher," said Sarah Brookes, program director at ISHR, quoted in the organization's statement. The NGO and other rights organizations have been highly critical of the opacity of the nomination process.

Diplomatic sources in Geneva, where the UN human rights office is based, also noted the lack of transparency. "It's been a remarkably murky process," said a Western diplomat.

ISHR executive director Phil Lynch warned that the lack of transparency and consultation would have fallout.

"The Secretary General has missed a key opportunity to build the legitimacy and authority of the next High Commissioner," he said.

He added that his organization like others "will seek to work closely and collaboratively with the next High Commissioner to protect human rights and uphold accountability for the guilty and justice for the victims".