Attacks on secularism in schools: the latest worrying figures from the Ministry of Education

It was on September 30, after a trip to a college in the 18th arrondissement of Paris. 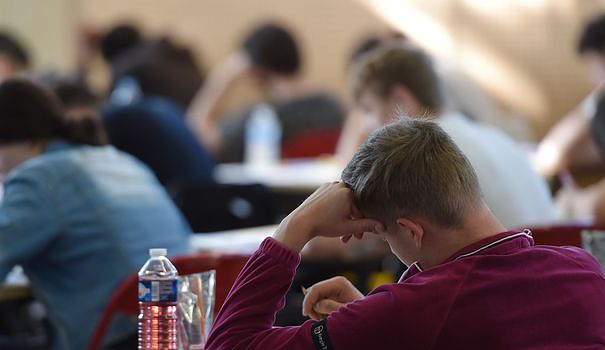 It was on September 30, after a trip to a college in the 18th arrondissement of Paris. That day, the Minister of National Education Pap Ndiaye believes that feedback from the field "confirms an increase in reports" of attacks on secularism at school since the start of the school year.

A data now confirmed by the figures: the Ministry of Education recorded 313 reports in September in colleges and high schools, with an increase in incidents related to the wearing of religious outfits, he indicated this Thursday, September 13 in a communicated.

“This start of the school year is in line with the level of reports observed during the previous school term, which recorded 904, from April to July”, he specifies. However, they are up compared to the average for the first quarter of 2022 (December to March), when 627 incidents were recorded. These figures were previously communicated quarterly, but their publication is now on a monthly basis from September, at the request of the Minister of Education Pap Ndiaye, who has promised "transparency" on these subjects.

In detail, for September, 54% of the incidents recorded are for "wearing religious signs and outfits", a higher proportion than in the second quarter of 2022 (41% of reports), details the ministry. This reason represented 22% of the total reports in the first quarter of 2022, already on the rise. For this category, "the upward trend identified during the year 2021-2022 continues", underlines the rue de Grenelle.

By type of establishment, the majority of events took place in September in high schools (51%), which is significantly more than in the April-July period (30%). Some 36% took place in colleges (against 51%) and 13% in the first degree (against 19%). Finally 82% of these attacks on secularism come from students, a stable figure (81% before). Some 8% come from staff (7% before), 5% from parents of students (against 7%) and 5% from other authors (against 4%).

"There is objectively an increase in reports for wearing religious outfits and accessories, which we have been observing for a year, with perhaps an acceleration in the meantime. And so it is obviously on this question that we are working", reacted this Thursday morning Pap Ndiaye on the move to a college in Val-de-Marne. "We encourage heads of establishments and academies to report all reports. Do not put anything under the carpet," added the minister. In an interview with Le Monde, he also mentioned "a wave of wearing outfits that can be considered religious, in particular abayas, qamis and bandanas".

A note from the Interministerial Committee for the Prevention of Delinquency and Radicalization (CIPDR), dated August 27, 2022, which L'Express had been able to consult, already mentioned an offensive carried out on the Internet aimed at destabilizing the educational institution.

Encouragement to wear clothes marking a religious affiliation at school, incitement to prayer within the school... This document listed the various strategies in progress, with messages issued in their vast majority by anonymous accounts created on the TikTok and Twitter platforms according to this note. "As the start of the new school year approaches, several messages on social networks from accounts revolving around the Islamist movement call into question the principle of secularism at school", could we read in this note.

In another note sent this time to all the academies of France last September, consulted by L'Express, the central services of the Ministry of National Education also reported "a mobilization on social networks aimed at questioning the law of 2004 prohibiting the wearing of conspicuous religious symbols at school". The report came from the national center "Values ​​de l'école de la République" of the ministry, responsible for providing operational support to the teams in the field, in particular on questions of secularism. “We are not naive vis-à-vis these influencers, who do not wish the students, the school and the Republic well (…) The Republic is stronger than TikTok”, launched this Thursday Pap Ndiaye with the World.

In the background of all these messages: a questioning of the 2004 law prohibiting the wearing of conspicuous religious symbols at school. "This law is considered, by Islamist militants, as the matrix of 'Islamophobia' in France", evoked the note.

A sign of the tensions around secularism, a teacher at a high school in Thann (Haut-Rhin) received in early October “death threats from the uncle of one of his students” after having “addressed in class freedom of expression, the cartoons of Muhammad and Charlie Hebdo", according to a judicial source quoted by AFP. The rectorate of Strasbourg "firmly" condemned Wednesday these "intimidations and threats". In Essonne, this time, a history and geography teacher from a high school in Evry has just been placed under police protection after his establishment received an anonymous letter threatening to make him "a Samuel Paty", a police source told AFP on Thursday.

These incidents come as schools prepare to pay tribute to Samuel Paty, a 47-year-old history and geography teacher, beheaded on October 16, 2020 by a radicalized young man who accused him of having shown caricatures of Muhammad to His students. The tragedy had aroused considerable emotion. A time of tribute will take place on Friday October 14 or Monday October 17 in schools, colleges and high schools. It "may take different forms" of which "the content will be left to the choice of the teams", indicated the minister in a letter sent to the rectors of the academy.