Attack on press photographers in court

Even the judge who was supposed to hear the case in room B225 of the civil court building on Friday was stunned and said, "She had never experienced anything like it here" - in the court corridor, before the hearing, one of the parties involved had seen the Hamburg press photographer Jürgen Joost, who has also been working for WELT for many years, was physically attacked and brought to the ground. 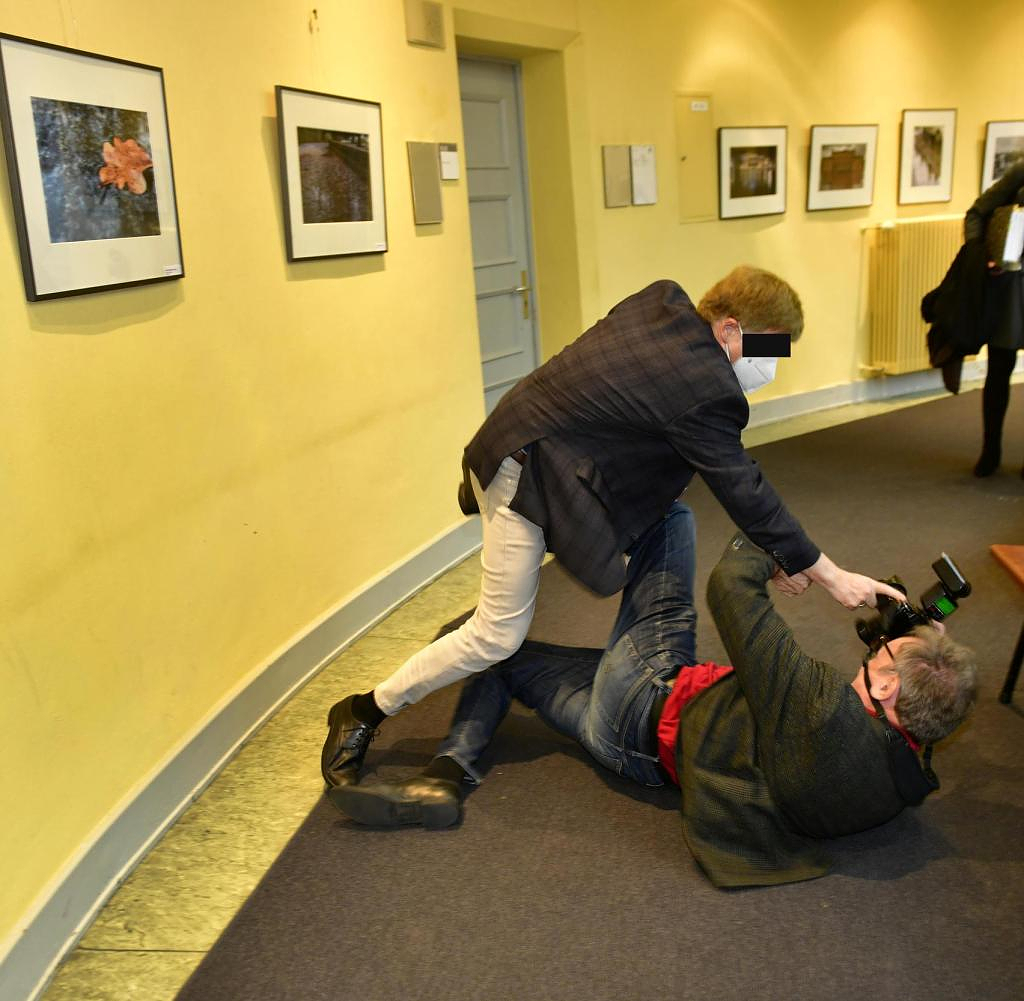 Even the judge who was supposed to hear the case in room B225 of the civil court building on Friday was stunned and said, "She had never experienced anything like it here" - in the court corridor, before the hearing, one of the parties involved had seen the Hamburg press photographer Jürgen Joost, who has also been working for WELT for many years, was physically attacked and brought to the ground. Even then, the attacker didn't let up, grabbing the camera and damaging the flash, according to the victim.

The attacker Kai L., who apparently did not want to be photographed - apart from Joost, other press photographers were present, all of whom had the necessary current permits - is one of the protagonists of a dispute that has been going on in the Hamburg cultural scene for several weeks the future of the “factory of the arts” is raging. This exhibition hall in the east of Hamburg was founded by Horst Werner and over the years has offered numerous artists the opportunity to show their exhibits. But Werner died in September, and since then the general representative and executor Kai L., whom he appointed, on the one hand and the employees around Werner's stepdaughter and godchild on the other have been wrestling about the future of the facility. Serious arguments broke out at the funeral service for Werner.

The employee group had recently obtained an injunction against L., who had already given notice of termination and had door locks replaced. What he plans to do with the building is unknown to the public. The authorized representative now wanted to object to this decision before the civil court, but he was not able to do so in the proceedings that were carried out after the scandal. A final decision is expected to be made on November 14th.

There may also be criminal proceedings later, because the photographer Joost – who had recently exhibited himself with other photographers in the Fabrik der Künste – reported L. to the police on site for damage to property and bodily harm. But L. also reported the photographer for coercion.

‹ ›
Keywords:
HamburgGerichteLauterbachJörnSaalJürgen JoostHorst WernerTerrorismusKunstPressefotografPolizeiGerichtsflurEklat
Your comment has been forwarded to the administrator for approval.×
Warning! Will constitute a criminal offense, illegal, threatening, offensive, insulting and swearing, derogatory, defamatory, vulgar, pornographic, indecent, personality rights, damaging or similar nature in the nature of all kinds of financial content, legal, criminal and administrative responsibility for the content of the sender member / members are belong.
Related News