The 35-year-old Serb, 8th in the world, will try Sunday against Andrey Rublev (7th) or Casper Ruud (4th) to equal the record of six titles in this tournament bringing together the eight best players of the season, held by Roger Federer. 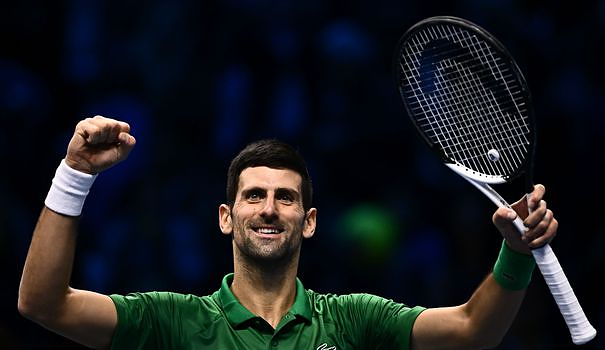 The 35-year-old Serb, 8th in the world, will try Sunday against Andrey Rublev (7th) or Casper Ruud (4th) to equal the record of six titles in this tournament bringing together the eight best players of the season, held by Roger Federer.

He will also aim for his second major title of the year, after Wimbledon, having missed a significant part of the season (including the Australian Open and the US Open) for his refusal of the anti-covid vaccine.

The question was whether Djokovic would be recovered from the huge slack he experienced the day before against Daniil Medvedev during a terrible showdown of 3:11, however without any stake for the rest of the tournament.

From this point of view, the Serb was not particularly reassuring.

If he held on, it was thanks to the efficiency of his serve (he won 85% of the points played on his first ball in the first set and 75% throughout the match), and his ability to deliver the fatal blow at the right moment.

And Fritz, who was playing for the first time in the Masters tournament having taken advantage of the withdrawal of N.1 Carlos Alcaraz, did not make many mistakes, but they were all heavily penalized.

Thus, in the first set, after an exchange of face-offs, the two players arrived at the tie break.

The Serb got his first set point at 6/5 and, on Fritz's serve, he pocketed the sleeve with an extraordinary forehand winner, before taking a break and leaving the court for a few minutes.

On his return, however, he immediately conceded the break.

Fritz then served at 5-4 to tie a set all. But a backhand attack which had almost the whole court open to land stopped in the net and offered a break point to Djokovic … who was not asked to do so.

Again, both players arrived at the decisive game. Djokovic had a first match point on his serve but he committed an unforced error. In the process, he had a second on Fritz's serve and this time it was the American who lost on an unforced error.