Athletics Euro: Doctor Schrub at the bedside of a sick France

With silver in the men's 4x100m relay (Meba-Mickael Zeze, Pablo Mateo, Ryan Zeze and Jimmy Vicaut), the Blues finished this Euro in 22nd place in the country rankings with nine medals and above all no title, which hadn't happened for 40 years and the Athens Euro in 1982. 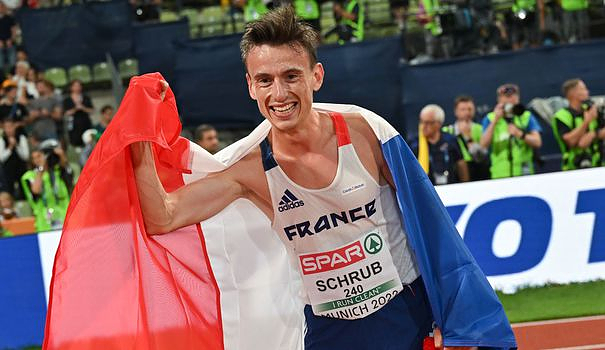 With silver in the men's 4x100m relay (Meba-Mickael Zeze, Pablo Mateo, Ryan Zeze and Jimmy Vicaut), the Blues finished this Euro in 22nd place in the country rankings with nine medals and above all no title, which hadn't happened for 40 years and the Athens Euro in 1982.

The meager total, despite the absence of Russian and Belarusian athletes, is the worst since 2006. Overwhelming statistics two years before the Paris Olympic Games, where the Blues will try to exist in the face of formidable international competition, as they have could see it at the Worlds in Eugene in July (only one medal, Kevin Mayer's title in the decathlon).

In the fury of an Olympic stadium full to bursting to salute the victory of the Mannschaft in the women's 4x100m relay, Munich ended in apotheosis a successful Euro multisports, with a family and good-natured atmosphere where health and safety issues have were managed with discretion.

Present like all the athletes for 10 days at the request of the management, Yann Schrub took full advantage of the show, in triathlon, mountain biking, volleyball - "I went out every day" - rather than locking himself in his room.

In the shadow of his teammate and favorite Jimmy Gressier, who led the 25 laps but stumbled at the foot of the podium (4th), Schrub managed a huge finish to win his first international medal at 26, despite a job of the dantesque time.

Student in his 8th year of medicine in Metz, the talented athlete from Sarreguemines only trains six times a week, half as many as his competitors.

"When it attacked, I said to myself, go for it. The goal was to have no regrets. I manage to get this unexpected bronze medal at the finish", he appreciated, hat in rooster shape on the head, shoulders wrapped in the tricolor flag.

"I hope that in the future, it will go well, with the big deadline in two years (Paris-2024). I often train in the evening. I adapt according to fatigue. The goal, it's not to fall into overtraining. But I hope to increase my load because I think that at the world level it will go through that, "added the one who, like all the Blues, is aiming for the Paris Games in 2024.

But the construction site, express, promises to be immense to hope to shine on the biggest stage in the world. 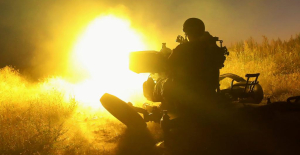 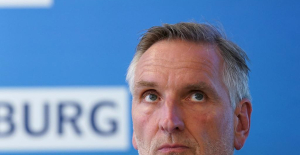 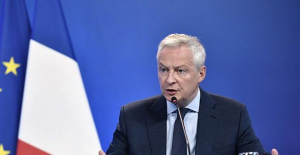