At the trial of the Nice attack, end of the pleadings of the civil parties

"Let justice be done! It will not bring back our dead. 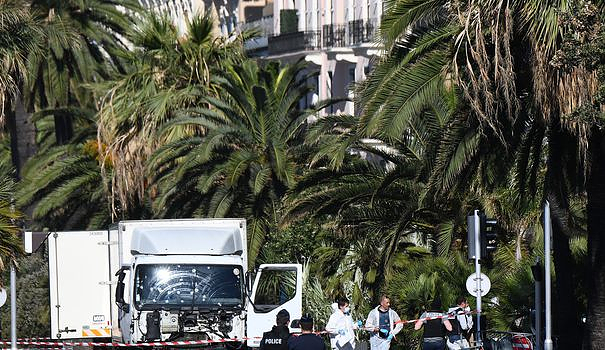 "Let justice be done! It will not bring back our dead. But it may be the long-awaited light at the end of the tunnel", wants to believe the young lawyer from Nice at the end of a hearing where many civil party lawyers had to struggling to conceal their emotion. "We did it," said a tearful lawyer as she left the courtroom.

The trial which opened on September 5 is entering the home stretch. Laurent Raviot, the president of the special assize court, suspended the hearing at the start of the afternoon until Tuesday, the day of the requisitions.

Since November 23, a hundred lawyers for victims and bereaved (out of the approximately 150 representatives of the 2,500 civil parties constituted) have pleaded before the court where eight people are tried, including three for association of terrorist criminals (AMT).

The attack on a ram truck by the Tunisian Mohamed Lahouaiej-Bouhlel, killed by the police at the end of his murderous journey aboard a 19-ton ram truck, killed 86 people, including fifteen children and injured more than 450 , July 14, 2016 on the Promenade des Anglais.

"How to get used to these figures?" Asks Me Juttner before evoking the "thousands of shattered lives" as a result of the attack.

"Returning to the living when one has seen one's child, friend, husband, brother, father or mother die, or when one knows the circumstances in which they died, is neither erasable, nor acceptable, nor understandable," argues the lawyer.

In the box of the accused, "there is no one to answer for the criminal act. We have to live with this void" and "consent to the limit which is imposed on human justice", recalled Me Sylvie Topaloff, emphasizing that none of the accused is being prosecuted for complicity with the killer.

However, points out the lawyer, the Nice attack "is not a lone wolf affair. Besides, there is never a totally lone wolf".

If there are no accomplices in the box, some defendants have contradicted themselves over their statements. "Lying is not a crime, it's even a right," says the lawyer. "But, she continues, in this case, the lie spread everywhere, even where it made no sense. The cost of this strategy is heavy. The victims felt hurt, offended by these lies" .

At the end of the hearing, lawyers follow one another to read the words spoken by the more than 260 bereaved, survivors or relatives of victims who came to testify at the bar from September 20 to October 21.

A lawyer reads the letter from a man who lost his 10-year-old son the night of the attack.

"Reporting the facts of the assassination of my only son, Romain, 10 years old, in front of the court or the media, would have brought neither comfort to me nor my son. Just know that, on July 14, 2016, before descending admire the fireworks, Romain was singing the Marseillaise in the shower. At only 10 years old, and with all his innocence, he was fully aware of his belonging to French society and trusted the world around him, "writes this bereaved father.

In the room, exceptionally full, the eyes are reddened. Exceptionally, civil parties applaud the end of the pleading of the lawyer of the French Association of Victims of Terrorism (AFVT), Me Antoine Casubolo-Ferro. It will take several seconds for President Raviot to react by asking: "No applause".