At the third attempt, the Kölner Haie win their first Winter Game

The Kölner Haie won the Winter Game in the German Ice Hockey League (DEL) for the first time. 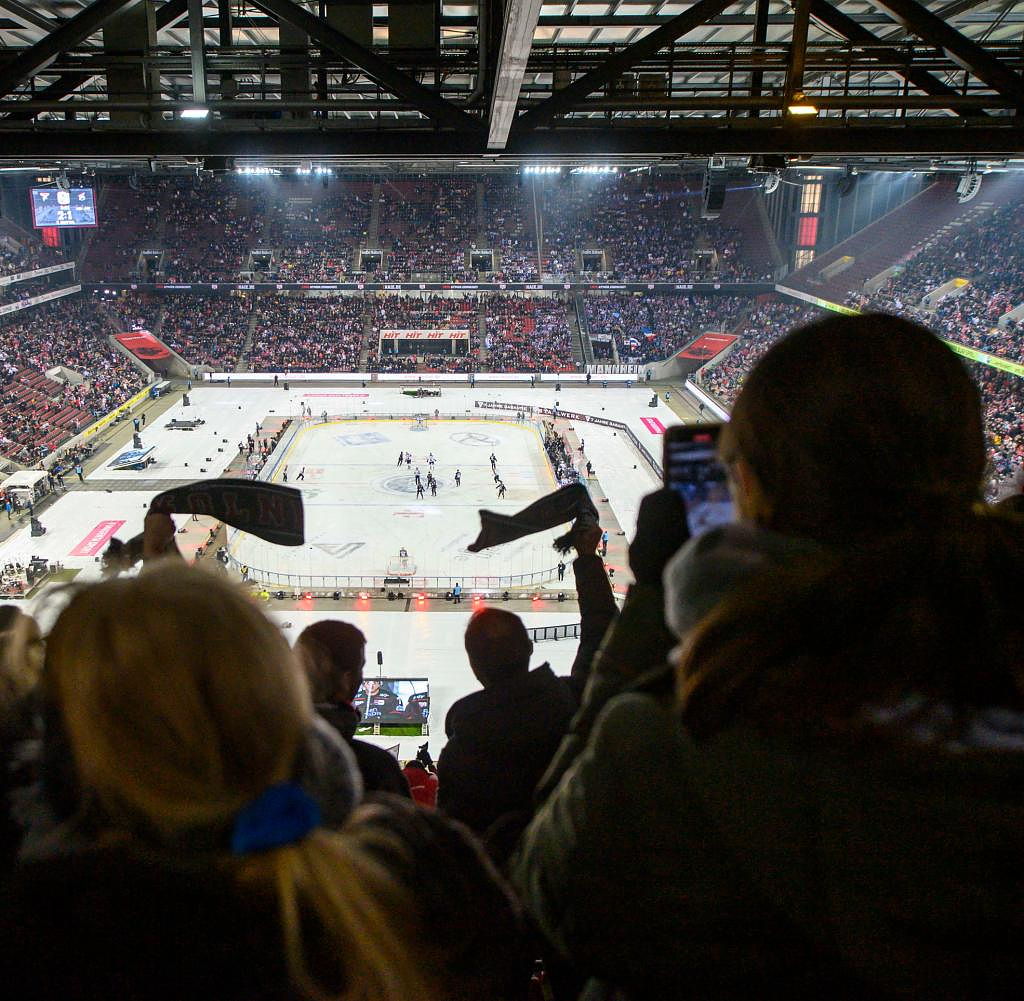 The Kölner Haie won the Winter Game in the German Ice Hockey League (DEL) for the first time. In the duel between the eight-time German champions, the Haie defeated the Adler Mannheim 4-2 (2-0, 2-1, 0-1) in front of 40,163 spectators in Cologne's football stadium on Saturday. The fifth such open-air event had been postponed twice due to the pandemic.

Maximilian Kammerer from Cologne scored the 1-0 after 60 seconds and thus the fastest goal in the short history of the Winter Games. Jean-Marc Aubry made it 2-0 (12th minute) after a nice relay pass, crowning a strong first third for coach Uwe Krupp's team. In the middle section, Ryan Macinnis (29th) first shortened for Mannheim, who then received two penalties within 15 seconds. Nicholas Bailen (32nd) took advantage of this to make it 3-1, and 55 seconds later David McIntyre (33rd) made it 4-1 with a single majority. In the final section, Borna Rendulic (46th) scored for the Adler.

For Cologne it was already the third winter game after 2015 and 2019 (two defeats against Düsseldorfer EG), Mannheim won the third game in 2017 in Sinsheim against the Schwenninger Wild Wings (7:3). The event with special effects such as columns of fire and a musical supporting program was part of the 27th game day in the DEL, after which the Haie in sixth place now have 40 points and the Eagles in second have 48 points.

The Haie are playing two more DEL games this season on the ice: on December 22nd against Bremerhaven and on January 8th against Augsburg. Until then, the ice surface in the RheinEnergieStadion will also be open to the public, popular sports and schools for ice skating. In addition, an open-air game of the Cologne ice hockey women is planned.

‹ ›
Keywords:
Deutsche Eishockey Liga (DEL)EishockeyMeisterschaftenDEL (Deutsche Eishockey Liga)Adler MannheimBremerhavenRheinenergiestadionAugsburgFreiluftveranstaltungHaiPandemieDesign
Your comment has been forwarded to the administrator for approval.×
Warning! Will constitute a criminal offense, illegal, threatening, offensive, insulting and swearing, derogatory, defamatory, vulgar, pornographic, indecent, personality rights, damaging or similar nature in the nature of all kinds of financial content, legal, criminal and administrative responsibility for the content of the sender member / members are belong.
Related News