At the Rio-Paris trial, the tribute of a sibling to a pilot who "did everything to save" the plane

During this eighth week of the Airbus and Air France trial, relatives of the 216 passengers and 12 crew members who died in the crash follow one another to talk about their missing, wavering between pain and anger. 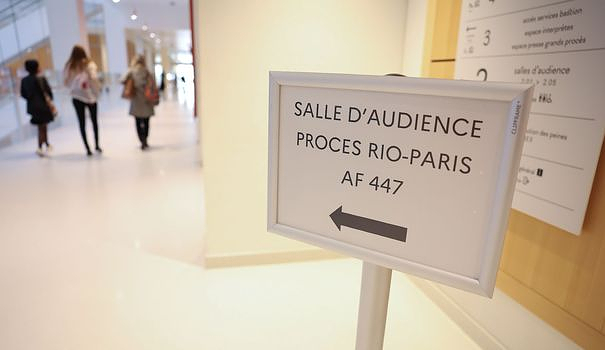 During this eighth week of the Airbus and Air France trial, relatives of the 216 passengers and 12 crew members who died in the crash follow one another to talk about their missing, wavering between pain and anger.

It is first of all Sarah who comes to testify to the “37 years” that her brother David Robert “lived”, co-pilot on the flight which crashed more than thirteen years ago off the coast of Brazil.

She evokes the "pride of having a pilot brother", who "brought back gifts from his travels" and told "tasty and sunny anecdotes about his stopovers and his colleagues". "He was proud to be at Air France", summarizes Sarah, "his job was an integral part of his identity".

When he died, the "balance" of the family "exploded". Then "we still managed to remain a united and close-knit family", to "regain our vital momentum", she continues.

From this trial, she expected "not much". "I thought we were going to be told again that there were three idiots at the controls of this plane. I can assure you that my brother was not at all stupid", she annoys.

"David loved his job, he loved his son, his friends, his family, life, and since I heard the black boxes, I'm even more sure that he did everything to save this plane", assures- she. The pilots "did what they could, with what they knew".

On June 1, 2009, the three Pitot probes, which make it possible to calculate the speed of the plane, iced up. In the cockpit, this failure led to the disconnection of the autopilot, the switch to a degraded piloting mode and numerous alarms.

Destabilized, the two co-pilots, soon joined by the captain, lost control of the aircraft, which hit the Atlantic less than five minutes later.

The sound recording of the cockpit contained in the black boxes was broadcast on October 17, behind closed doors.

Defending itself from any "fault" that led to the accident, Airbus, tried like Air France for manslaughter, argues that "pilot errors" are at the origin of the disaster.

Teddy, younger brother of David Robert, joins the bar in turn. "He was our model, he was studious," he says, before returning, by date, to the before and after the crash.

Since the tragedy, "the Air France family, as my brother liked to call it, has always had empathy," says Teddy.

His sister, Sylvie, takes over. She evokes "(their) mother", who fell ill 18 months after the disaster and "whose death seems to us so linked to the disappearance of her eldest son".

"This trial is a precious step, that of saying one last time and publicly goodbye to David". "Whatever the outcome, it will have helped rehabilitate my brother's memory. Except for dishonest and biased representatives of the defendants who, of course, would have done better!" she gets carried away.

She explains that, as part of her work, she took training in risk management and gives "her vision" of the file. "I acquired the absolute certainty of the absence of fault of piloting of my brother and the other pilots", affirms it finally. "David is the victim of an accident which, statistically, had to happen one day".