At the request of the AfD, the Council of Elders is dealing with a Lindenberg gesture

There is no question that he did it: A video recording shows how Udo Lindenberg indicates a crank movement with one hand, which slowly raises the middle finger of the other hand. 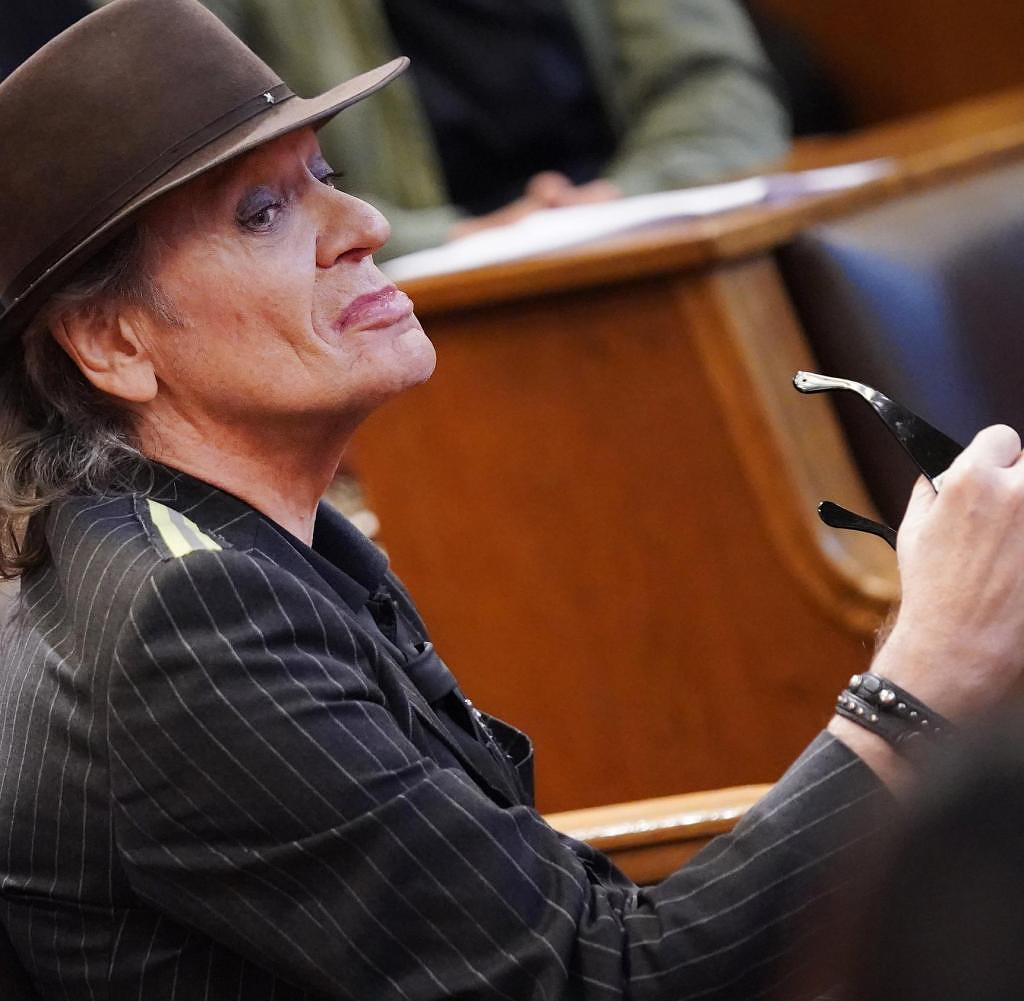 There is no question that he did it: A video recording shows how Udo Lindenberg indicates a crank movement with one hand, which slowly raises the middle finger of the other hand. A "stinky finger" variant of the more harmless kind, but still an insulting gesture by the 76-year-old who was made an honorary citizen of Hamburg last Wednesday.

It was addressed to Alexander Wolf, Hamburg parliamentary group leader of the AfD, who was trying to explain verbosely at the lectern why, from the point of view of his parliamentary group, Otto von Bismarck and Helmut Schmidt (SPD) were rightly made honorary citizens, but why Lindenberg is not entitled to this award. “Lindenberg was born in Westphalia in 1946 and has lived at the Hotel Atlantic since the mid-1990s. He is a self-confessed social democrat. On his music album 'Bunte Republik Deutschland' he welcomes all migrants from all over the world to Germany," was one of the party's arguments.

Lindenberg's gesture, who sat at the front of the parliamentary benches and followed the debate, was initially noticed by hardly anyone. The newsletter "Hamburger Tagesjournal" made them public, and the video of the meeting followed later. Citizenship President Carola Veit (SPD) later told the “Bild”: “I didn’t see that. Otherwise I would of course have reminded our guest of the house rules and pointed out that something like this is not to be done.”

The other parties then took the events rather calmly: "The permanently provocative AfD should not react too sensitively here again," said CDU parliamentary group leader Dennis Thering. And the left attested: “Udo Lindenberg is free to express his opinion and as a guest in Parliament he is not subject to the rules of procedure. He has always shown a clear stance against the right and underlined this again with his gesture. Udo Lindenberg has our full solidarity for this.”

The AfD, in turn, called the Parliament's Council of Elders, which is scheduled to deal with the case on Tuesday. A courier was also sent to the Hotel Atlantic, and a letter from Lindenberg called for an apology. So far, however, there has been no public statement from the new honorary citizen. He wants to show his gratitude to the people of Hamburg for this, for the Lindenberg adventure world Panik City on the Reeperbahn there are 1000 tickets for nine euros on the homepage https://tickets.panikcity.de, otherwise they cost from 20 euros more .

‹ ›
Keywords:
TexttospeechLindenbergUdoEhrenbürgerHamburgBürgerschaftswahl HamburgLauterbachJörnAfDKurbelbewegungDie LinkeWestfalenUdo LindenbergSPDMusikAtlanticVideomitschnitt
Your comment has been forwarded to the administrator for approval.×
Warning! Will constitute a criminal offense, illegal, threatening, offensive, insulting and swearing, derogatory, defamatory, vulgar, pornographic, indecent, personality rights, damaging or similar nature in the nature of all kinds of financial content, legal, criminal and administrative responsibility for the content of the sender member / members are belong.
Related News