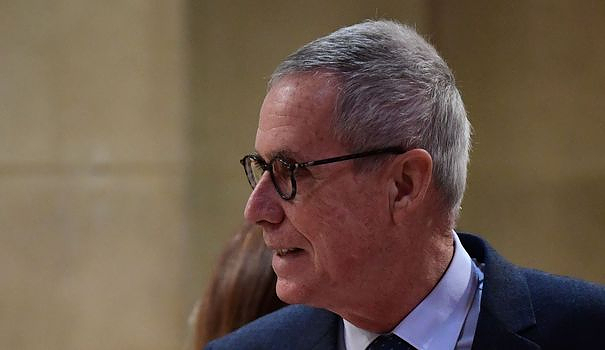 "I just wanted candy. And I didn't know what was going to happen. And at my little age of four (at the material time, editor's note), it's hard to understand that," said with her children's words the young K. through the voice of her lawyer, Sylvie Topaloff.

K. should have testified by videoconference from Nice, but the president of the special assize court in Paris, Laurent Raviot, vetoed it because of his young age.

The girl's mother, Hager Ben Aouissi, 38, told the court on Friday how she did not hesitate to throw herself between the wheels of the 19-tonne truck driven by Mohamed Lahouaiej-Bouhlel, pinning her daughter to the ground , to save his life.

In her letter, the little girl explains: "I understood when we got up with mum and I saw the truck continue".

"At first it was a very good evening and then it turned into an ugly one", sums up the little girl who, since the attack, has been followed at the Pediatric Assessment Center for Psychotrauma (CE2P) at Lenval Hospital in Nice and suffers from serious post-traumatic stress disorder (PTSD)

During her hearing on Friday, her mother told how her daughter had "completely regressed" since the attack. "She kept saying that she wanted to go back to my stomach. She took the pacifier, the bottle," detailed Ms. Ben Aouissi.

The little girl is always the prey of reminiscences which provoke in her violent attacks of anguish. Like many adult survivors, she suffers from a severe guilt complex.

Kimberley was 16 at the time of the attack.

His suffering at the bar is painful to bear. "Nothing obliges you to testify," said the president in a soft voice. Courageous, she continues.

The evening of July 14 was his "first authorized night out". An immense joy before seeing "bodies flying in the air".

"Do you know the phrase we say? I saw my life pass before my eyes and well I saw myself as a baby, a child and a teenager. I looked straight into the eyes of this terrorist hoping that he would see me cry and that 'he has a tilt that you have to stop but no, nothing...", she recalls.

The young woman is safe but the invisible wounds are just beginning.

She is no longer capable of anything. At home "it was my mom who washed me, brushed my teeth, made me eat as if I were a baby". Every night there are nightmares and hallucinations. "I saw bodies all over the house, blood all over me, blood everywhere," she said, her voice cracking.

"I started the mutilations in secret because I had no reason to continue living (...) The more the days passed, the more I felt this need to die".

His life is now spent in the hospital. She's just skin and bones.

"I started to blame myself and my parents. Why was I born? Why didn't I die instead of everyone else?" she continues. On the bench of the civil parties, his father collapses.

“Am I happy today?” she asks. "No. Nothing has changed, I'm still crying so much, my dark thoughts are constantly present, even at the time I'm talking to you (...) Now I'm smiling I show that I'm fine even if it's not not the case".

Nightmares and hallucinations persist even "in the middle of the street". "I wish to die on every birthday so that my pain finally stops".

The Nice attack killed 86 people, including fifteen minors. Hundreds of others have suffered more or less severe traumatic shock.

More than 150 suffering children are still followed at the Lenval hospital.