At the Milles deportation camp, Macron denounces the "crimes of the French state"

The Head of State spoke on the occasion of the tenth anniversary of the inauguration of a memorial on the site of this former tile factory where the Vichy regime interned thousands of Jews, including 1,800 of them were deported to the Auschwitz-Birkenau extermination camps. 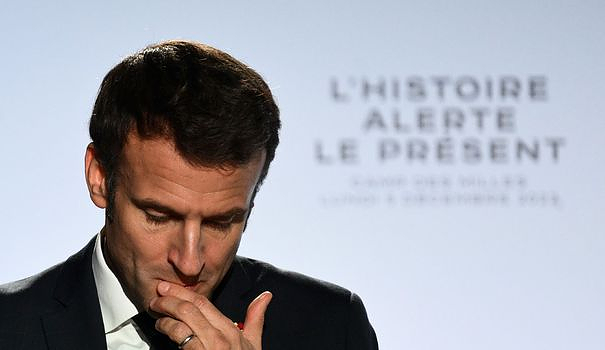 The Head of State spoke on the occasion of the tenth anniversary of the inauguration of a memorial on the site of this former tile factory where the Vichy regime interned thousands of Jews, including 1,800 of them were deported to the Auschwitz-Birkenau extermination camps.

The red brick buildings are now a place of memory that welcomes thousands of young people to help them discover the mechanisms that tip a society towards totalitarianism and mass crimes.

"The Milles camp, these were the crimes of the French state", hammered the president, recalling that "France in the hands of Pétain and Laval got (there) lost" by "crossing out the principles of 1789" .

"It was in Les Milles that (the Republic) experienced, as in Vél-d'Hiv, one of its most complete perjuries", by "reminding us that there were camps on our soil" and that "the deportation was (also) organized" in the area that "Marshal Pétain's regime was then administering in his name".

"Camp des Milles was not an accident of history but the fruit of a deliberate slide towards crime", insisted Emmanuel Macron, stressing that "the Jews were the deliberate victims of the French state". "Here is sedimented every renunciation, every fault, every crime of the French authorities", he added.

The President of the Republic hailed the action of the memorial which "restores a political climate and dismantles the springs of the genocidal enterprise: it says why the same causes produce the same effects in other places at other times", emphasizing that "anti-Semitism, racism, any form of rejection carries within it the annihilation of all humanity, as the cloud carries within it the storm".

He particularly underlined the "perseverance" of former deportees and resistance fighters to prevent the disappearance of the site and its transformation into a foundation, today chaired by Alain Chouraki, to whom he presented the insignia of Knight of the Legion of Honor.