"At the limit" - schools are demanding more support

High school representatives are demanding additional support because of the large number of Ukrainian students admitted. 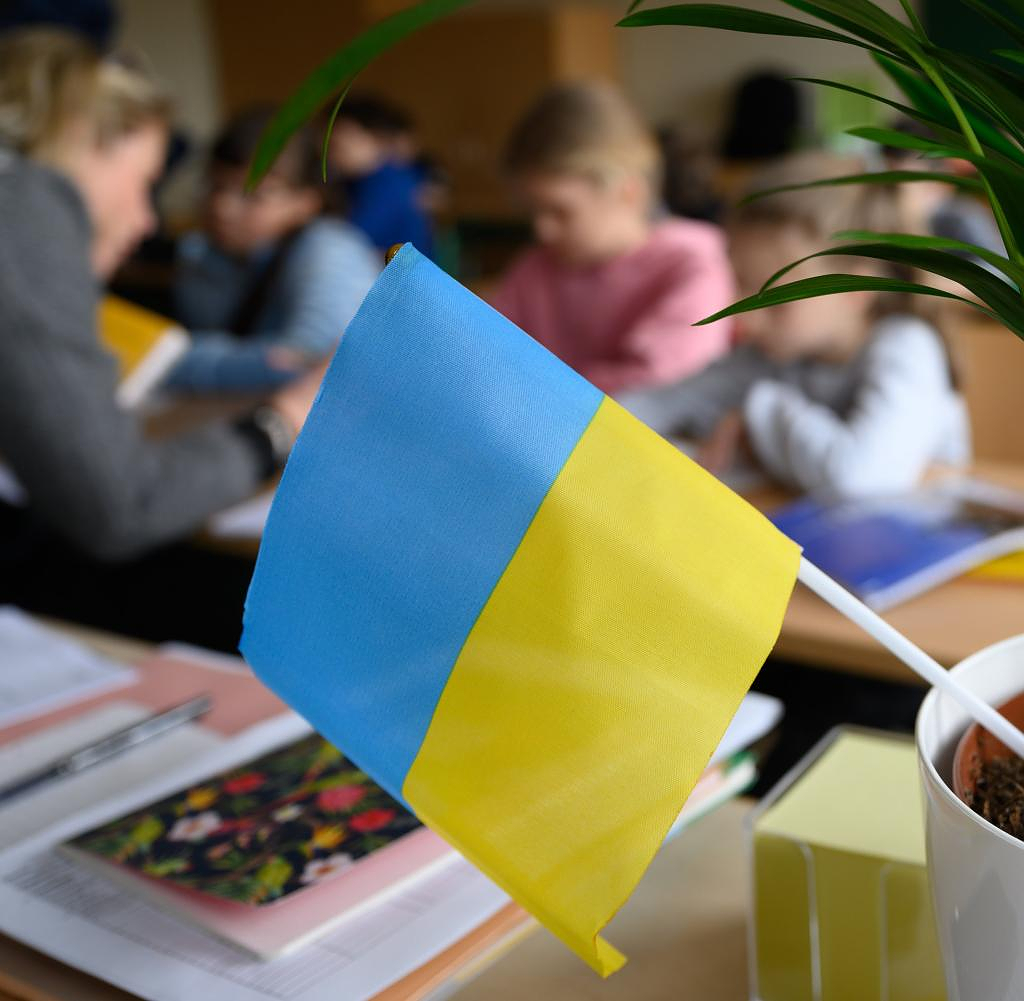 High school representatives are demanding additional support because of the large number of Ukrainian students admitted. "We cannot wait a year and a half before the new student numbers appear in the statistics and we can hire more teachers," said Arnd Niedermöller, the chairman of the federal directors' conference for high schools, the German press agency. Resources urgently need to be made available more quickly.

"The integration performance of the schools for society is enormous, teachers face their tasks with full dedication - and are at the limit," said Susanne Lin-Klitzing, chairwoman of the German Philology Association, which represents the high school teachers.

Both associations jointly surveyed the school administrations of more than 350 high schools in eight federal states. The survey was conducted online in November/December 2022 among a total of 356 school administrators in Baden-Württemberg, Bavaria, Berlin, Brandenburg, Lower Saxony, Rhineland-Palatinate, Mecklenburg-Western Pomerania and Saarland. It makes it clear that many schools are struggling with scarce resources given the situation.

True, half of the respondents who took in Ukrainian students said that additional staff had been hired for teaching. But that wasn't the case for the other half.

At almost every fifth school with Ukrainian students (19 percent), part-time teachers have increased their hours. Retired teachers came back for support at almost eight percent of these schools. Overall, however, the clear majority (68 percent in the country, 63 percent in the city) is of the opinion that not enough staff can be recruited for the tasks at the moment.

“The supply of teachers remains an undersupply. What we urgently need for the whole of next year so that the teachers in the schools can hold out are better working conditions and less stress," said Lin-Klitzing.

At the moment there should be no enlargement of the learning groups by politics. In addition, she called for “excellently qualified lateral entrants alongside teachers who continue to be well and fundamentally trained”.

- 88 percent of high schools admitted students from Ukraine; about a third of them up to 10, another third up to 20 new students. 16 percent of the schools even accepted up to 30 children and young people from Ukraine.

- 40 percent stated that they accept students even if this exceeds the usual class size. 60 percent don't.

- The majority of the schools (58 percent) managed the admission without additional preparatory classes, i.e. without classes in which the admitted students first learn German.

- Only 37 percent of grammar schools came to the conclusion that the students were assigned to the appropriate type of school based on their abilities. 63 percent of the school administrations surveyed do not see it that way.

According to the latest figures from the Conference of Ministers of Education (KMK), 202,343 students from Ukraine were registered at schools in Germany before Christmas. After the start of the Russian war of aggression against the neighboring country, the number had risen rapidly in the spring. At the beginning of this school year, the numbers rose again significantly due to new registrations. Since late autumn, the number has leveled off at around 200,000.

The federal states report the data to the KMK on a weekly basis. So far, most Ukrainian students have found accommodation in North Rhine-Westphalia (38,151), Bavaria (29,405) and Baden-Württemberg (28,549).

‹ ›
Keywords:
NewsteamRusslandUkraineKrieg (24.2.2022)SchulpolitikLehrermangel
Your comment has been forwarded to the administrator for approval.×
Warning! Will constitute a criminal offense, illegal, threatening, offensive, insulting and swearing, derogatory, defamatory, vulgar, pornographic, indecent, personality rights, damaging or similar nature in the nature of all kinds of financial content, legal, criminal and administrative responsibility for the content of the sender member / members are belong.
Related News