At least three people were killed and eleven others injured in gun attacks on two schools in Brazil on Friday. 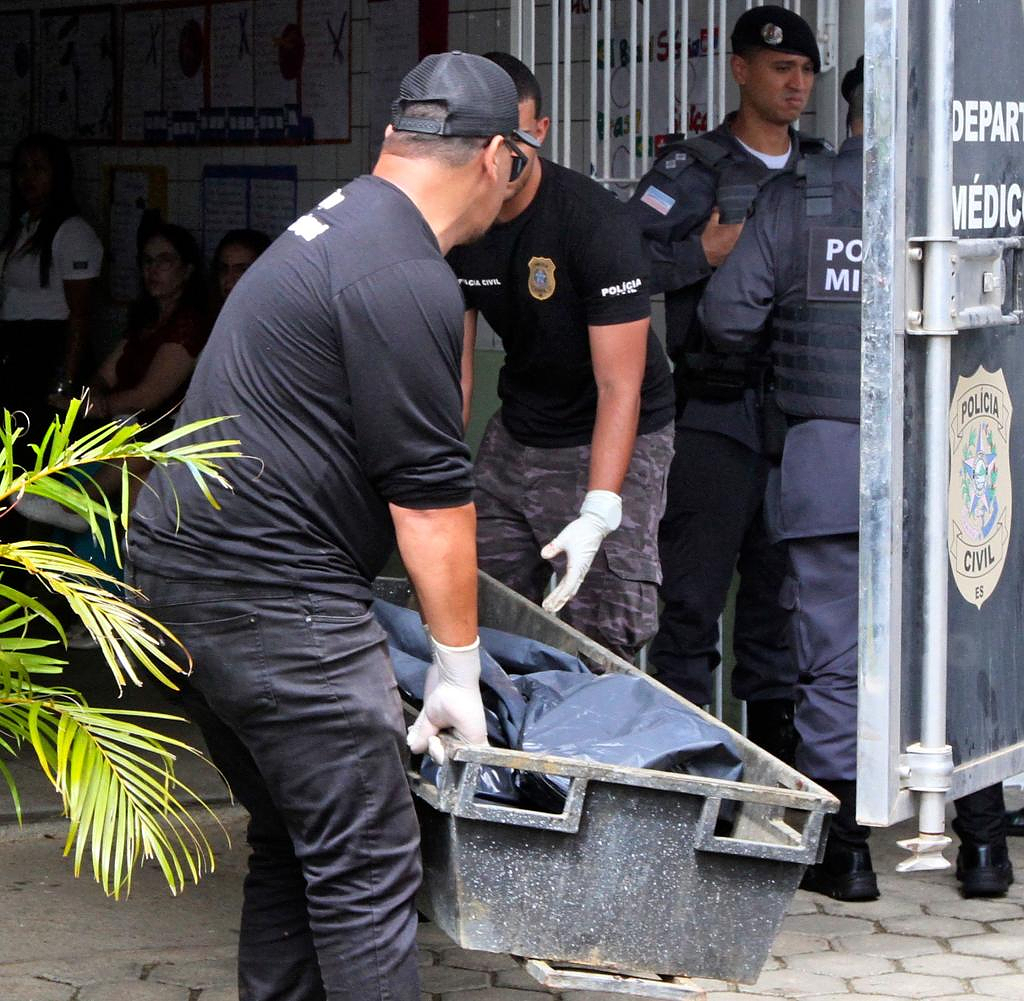 At least three people were killed and eleven others injured in gun attacks on two schools in Brazil on Friday. The alleged 16-year-old perpetrator was a student at one of the schools until June, the governor of the southeastern state of Espírito Santo, Renato Casagrande, told journalists. The boy was arrested. Initially, the authorities assumed there were several attackers.

Aracruz city officials said the gunman opened fire on a group of teachers at his former school, killing two and injuring nine others. He then drove to a nearby private school, where he killed a girl and injured two other people.

"We have information that he was under psychiatric treatment," Casagrande said. Some of the injured are still in critical condition, he added. Brazilian media showed footage from security cameras of the gunman, dressed in a camouflage suit, running towards the school, gun in hand. As he ran through the corridors, he fired the first shots.

According to investigators, the shooter wore a swastika on his camouflage suit. Officials said the boy was the son of a police officer whose two handguns he used in the attack - the service gun and a privately registered gun. Police Commissioner João Francisco Filho told journalists the 16-year-old appeared to have been planning the attack for two years and did not appear to have had a "definite target".

Brazil's President-elect Luiz Inácio Lula da Silva Lula described the attack on Twitter as an "absurd tragedy". He offered his condolences to the families of the victims and said he would assist the governor with an investigation.

Lula will take office on December 1st. During the election campaign, he had denounced the extreme increase in the number of gun licenses during the tenure of outgoing President Jair Bolsonaro. Under Bolsonaro, the number of gun collectors, sport shooters and hunters rose from 117,000 in 2019 to over 673,000. With his decrees, the ex-military had massively facilitated access to firearms.

Despite widespread violence in Brazil, gun attacks in schools in the South American country are relatively rare. In April 2011, in the bloodiest gun attack on a school to date, a 24-year-old man opened fire at his former school in a suburb of Rio de Janeiro, killing twelve school children before committing suicide. In March 2019, two former high school students in the São Paulo region shot dead eight people and injured 11 others before turning the gun on themselves.

‹ ›
Keywords:
NewsteamBrasilien
Your comment has been forwarded to the administrator for approval.×
Warning! Will constitute a criminal offense, illegal, threatening, offensive, insulting and swearing, derogatory, defamatory, vulgar, pornographic, indecent, personality rights, damaging or similar nature in the nature of all kinds of financial content, legal, criminal and administrative responsibility for the content of the sender member / members are belong.
Related News