At least 38 people died in a fire at a factory in central China, according to state media. 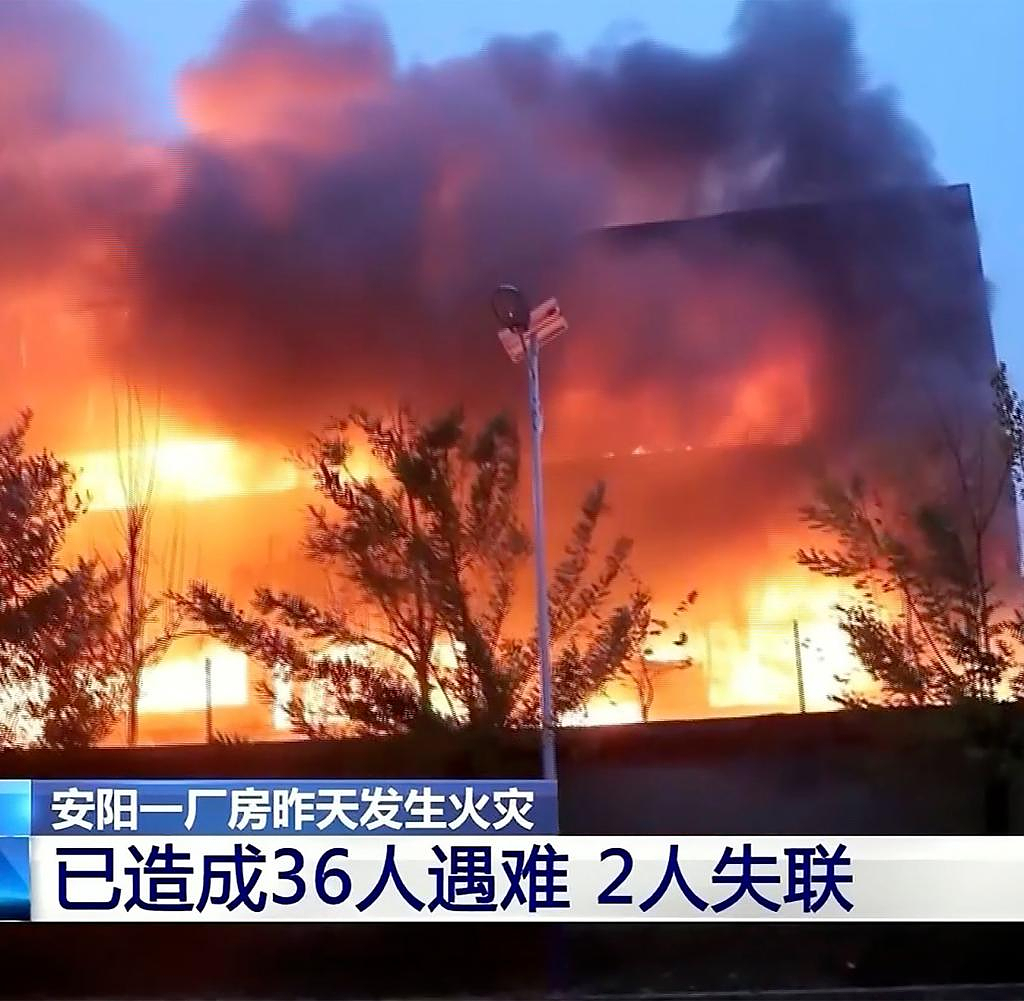 At least 38 people died in a fire at a factory in central China, according to state media. The fire broke out in the city of Anyang in Henan province on Monday and was extinguished by the evening.

Two people were taken to the hospital with minor injuries, the reports said. More than 200 rescue workers and 60 firefighters were deployed. The administration in Wenfang said it took four hours to extinguish the fire. No information was initially given about the cause of the fire, nor about why so many employees were killed.

The company concerned, Kaixinda, was described online as a wholesaler of manufactured goods, including specialty chemicals.

China has a history of industrial accidents. These are often caused or facilitated by a lack of compliance with safety standards, which is fueled by increasing competition and corruption among officials. Poor storage conditions, locked exits, and a lack of firefighting equipment have all contributed to disasters in the past.

The disaster in Anyang brings back memories of a similar fire in October 2007, when a fire at an illegal shoe factory in Hushi Village, southeast China's Fujian Province, killed at least 37 people. Many other workers were injured. The barred windows became a death trap for many. The police later arrested the owner of the factory.

A massive explosion at a chemical warehouse in the northern port city of Tianjin killed 173 people in 2015, most of them firefighters and police officers. Investigations revealed that the chemicals had been incorrectly registered and stored. Accordingly, local officials are complicit in ignoring the potential threat.

‹ ›
Keywords:
NewsteamChina
Your comment has been forwarded to the administrator for approval.×
Warning! Will constitute a criminal offense, illegal, threatening, offensive, insulting and swearing, derogatory, defamatory, vulgar, pornographic, indecent, personality rights, damaging or similar nature in the nature of all kinds of financial content, legal, criminal and administrative responsibility for the content of the sender member / members are belong.
Related News