The death toll after a pedestrian bridge collapse in western India has risen to at least 120 people. 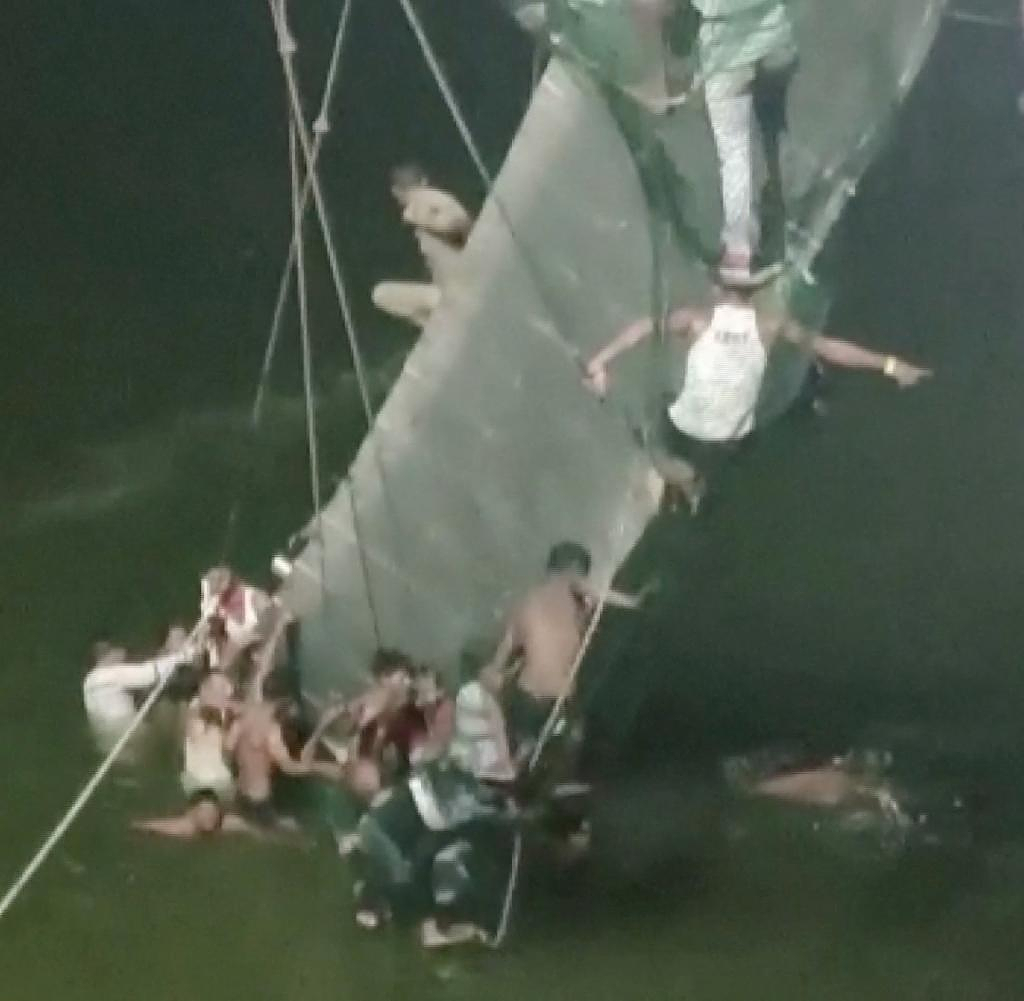 The death toll after a pedestrian bridge collapse in western India has risen to at least 120 people. "We have recovered 120 bodies so far," said the police chief of the city of Morbi in the state of Gujarat, where the accident occurred. He assumed that the number would continue to rise as the rescue operation progressed. According to him, more than 130 other people have been rescued. According to authorities, the bridge's suspension cables gave way when around 500 people were on or near the bridge for religious rituals.

People reportedly fell into the Machchu River in the Indian state of Gujarat when the bridge collapsed. According to authorities, a rescue operation was initiated. Gujarat's Interior Minister Harsh Sanghavi said more than 70 people had been rescued. Images and videos posted on social media showed the structure appearing to be falling apart in the middle and several people clinging to avoid falling into the water.

The 230 meter long bridge was built in the 19th century under British colonial rule. It had been closed for six months for renovations and only reopened to traffic last week. According to reports, it was not made for the number of people. Prime Minister Narendra Modi's office announced on Twitter that compensation would be paid to the victims' families.

‹ ›
Keywords:
NewsteamIndienBrückenBrückeneinstürzeBrückeneinsturzTwitterNarendra ModiGujaratMorbiGesundheit
Your comment has been forwarded to the administrator for approval.×
Warning! Will constitute a criminal offense, illegal, threatening, offensive, insulting and swearing, derogatory, defamatory, vulgar, pornographic, indecent, personality rights, damaging or similar nature in the nature of all kinds of financial content, legal, criminal and administrative responsibility for the content of the sender member / members are belong.
Related News