At least ten people have been killed in knife attacks in the Canadian province of Saskatchewan, according to authorities. 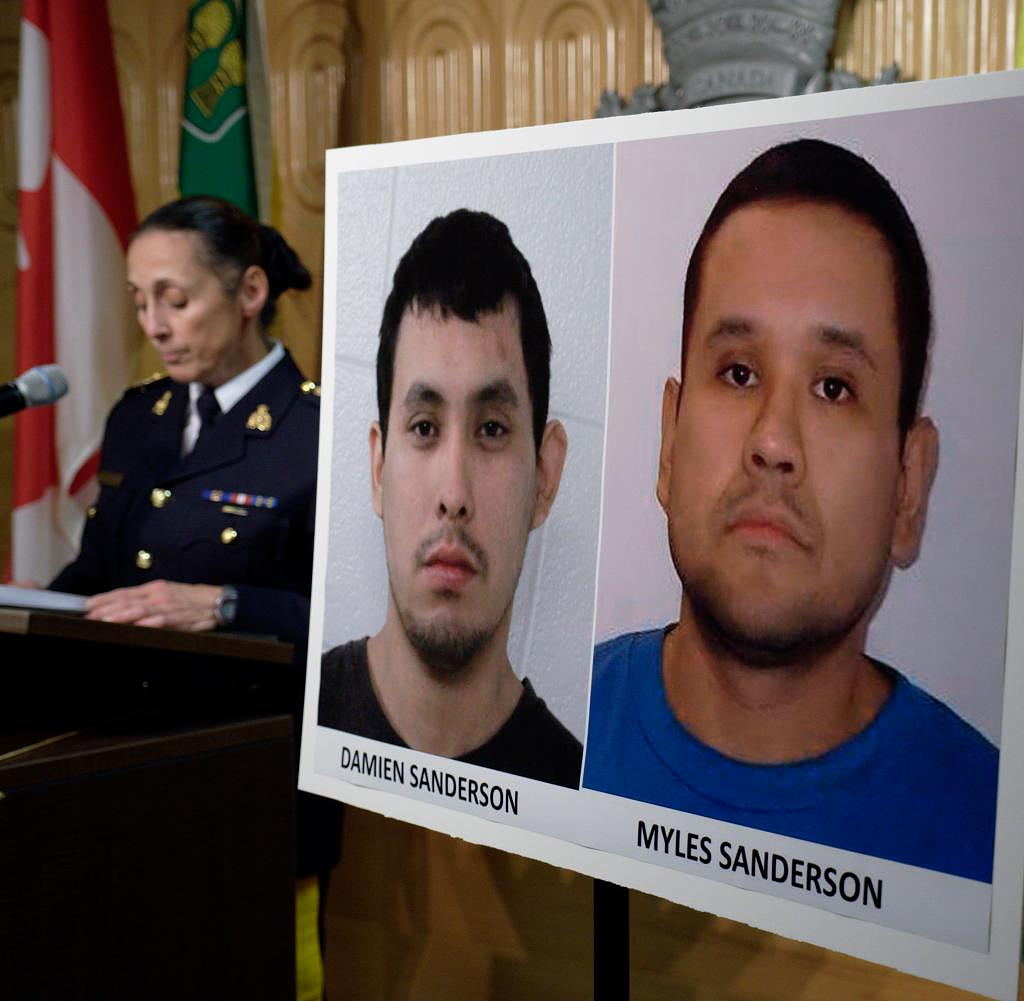 At least ten people have been killed in knife attacks in the Canadian province of Saskatchewan, according to authorities. 15 others were injured and taken to clinics, the police said on Sunday. Two suspects are being sought.

Preliminary investigations indicated that the victims were apparently attacked indiscriminately. The motive for the crime was still unclear.

Police spoke of 13 crime scenes in the community of James Smith Cree Nation and the village of Weldon, northeast of Saskatoon. "We have 13 active crime scenes that we're investigating," said Officer Rhonda Blackmore. "So at some of these crime scenes there may not have been a deceased person, but injured people who did not die." However, further injuries could not be ruled out. Police in Regina, the capital of Saskatchewan, said they are using mounted officers on multiple fronts to try to track down and arrest the suspects.

During the manhunt, fans flocked to a sold-out Canadian Football League game in Regina. Against this background, security measures in the city itself and around the Mosaic Stadium would be tightened, it said.

Blackmore, deputy chief of the Saskatchewan Mounted Police, later said the suspects appeared to have targeted some of their victims, while others appeared to have chosen at random. "It's terrible what happened in our province today," Blackmore said.

As the suspects remained at large, a warning was extended to the neighboring provinces of Alberta and Manitoba. Police are looking for the two male suspects in Saskatchewan and in those adjacent provinces of Manitoba. The area of ​​these three provinces in central Canada is more than five times the area of ​​Germany.

"At this time we have no indication that they have traveled to another province, but since they are in a vehicle we cannot be 100% certain where they are at the moment," Blackmore said. "The priority now is to locate them and make sure we have them in custody."

‹ ›
Keywords:
NewsteamKanadaPolizeiFahndungPolizeiMesserangriffenManitobaMyles SandersonSaskatchewanKrimiDamien SandersonAlbertaSicherheitsvorkehrung
Your comment has been forwarded to the administrator for approval.×
Warning! Will constitute a criminal offense, illegal, threatening, offensive, insulting and swearing, derogatory, defamatory, vulgar, pornographic, indecent, personality rights, damaging or similar nature in the nature of all kinds of financial content, legal, criminal and administrative responsibility for the content of the sender member / members are belong.
Related News