"At last they gave their wives and children into slavery"

In ancient times, Friesland was not necessarily one of the areas where Romans felt comfortable. 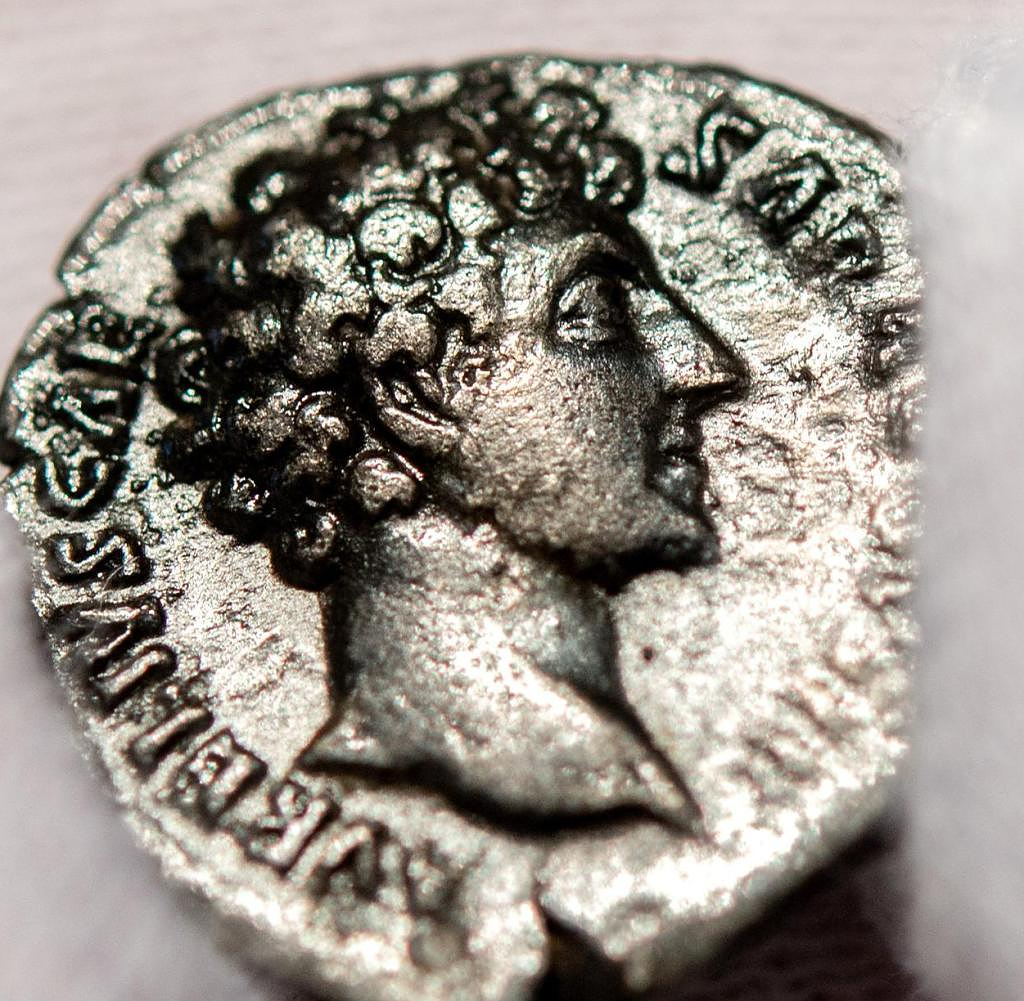 In ancient times, Friesland was not necessarily one of the areas where Romans felt comfortable. The Roman historian Tacitus reports in the first century AD that the Frisii are divided into Greater and Lesser Frisians: "Both tribes stretch along the Rhine to the ocean, and also around immense lakes." Limes”, as the imperial border is described, only a few traces of Roman power have survived.

The find that has now been presented in Aurich is therefore all the more important. These are 96 silver coins from the Roman Empire, which archaeologists recovered in Filsum, east of Leer, with the help of hobby detectorists. "This is actually a small sensation, because never before in the last 100 years have so many Roman coins been found here," explained the President of the East Frisian Region, Rico Mecklenburg. The Archaeological Research Institute for East Friesland is part of the municipal regional association for culture, science and education.

Experts date the coins to the 1st and 2nd centuries AD. The most recent issue is a denarius depicting Emperor Septimius Severus (193-211). The pieces are not particularly well preserved, but they can be clearly assigned, it is said.

"Finding Roman coins is perhaps the dream of detectorists in East Friesland or Northern Germany," said hobby detectorist Sebastian Heibült. He is one of a group of five volunteer probers who, working with archaeologists, discovered the treasure in a field in Filsum in spring 2021.

A coin hoard had already been discovered around 1850 on the find area near Filsum. At that time, a shepherd boy is said to have thrown heavy lumps into a body of water out of boredom - until one broke and silver coins came out. These coins disappeared into private ownership and were gradually lost.

"Then coincidence happened," said the head of the research institute, Jan Kegler. During a revision of the archive stock of the city archeology in Stade, coins from the 4th century that are said to have come from East Friesland were rediscovered. Experts from the Archaeological Research Institute investigated the matter together with the detectorists. The find would not have been possible without the help of the volunteers with their metal probes, said Kegler. They had searched an area of ​​seven hectares for months.

At first the searchers only found about a dozen coins. With the help of an excavator, an area of ​​around 2000 square meters was finally removed layer by layer. In the end, the team counted 96 coins and coin fragments.

How the treasure came to Filsum is an open question. According to Tacitus, the "back of the great ocean" was seldom visited by Roman ships. Like their neighbors to the west, the Batavians, the Frisians had won respect with their fighting power in good time. Although they were during the conquests of Drusus from 12 BC. fell into Roman dependency. But "more tired of our greed than even of obedience," says Tacitus, they dared to revolt in AD 28.

A Roman tax collector insisted that the tribute "appropriate to their poverty" should no longer be delivered with the skins of their little cows, but in oversized aurochs proportions. "At first they gave the oxen themselves, then their fields, and finally their wives and children into slavery," writes Tacitus. Several Roman units were put down. Emperor Tiberius' decision to take back the imperial border to the Rhine saved his local commanders from a costly small war.

From then on, "the name of the Frisians was famous among the Germans," which made them sought-after recruits for the Roman auxiliaries. It is quite possible that the Filsum coin treasury belonged to a veteran of such a unit, who wanted to treat himself to a peaceful retirement at home with it. It is also possible that merchants were traveling with the coins, because the Limes was by no means a closed border, but primarily served to control and organize mutual traffic.

The collector's value of the coins is only estimated at several thousand euros. The historical value is greater, said Kegler. "Obviously we have discovered a small piece of the puzzle here that illustrates the transfer of money or material outside the Roman Empire." A total of 124 such ancient finds have been documented throughout Lower Saxony so far, many of which, however, are incomplete. The researchers assume that they have found all of Filsum's coins. The silver treasure will soon be on display in an exhibition.

‹ ›
Keywords:
GermanenFriesenArchäologieRömisches ReichNumismatik
Your comment has been forwarded to the administrator for approval.×
Warning! Will constitute a criminal offense, illegal, threatening, offensive, insulting and swearing, derogatory, defamatory, vulgar, pornographic, indecent, personality rights, damaging or similar nature in the nature of all kinds of financial content, legal, criminal and administrative responsibility for the content of the sender member / members are belong.
Related News