Assault of the Capitol by the far right: "sedition", this very rare crime in the United States

The founder of the Oath Keepers, Stewart Rhodes, and another member of this far-right militia, became the first participants in the storming of the Capitol on Tuesday to be convicted of "sedition". 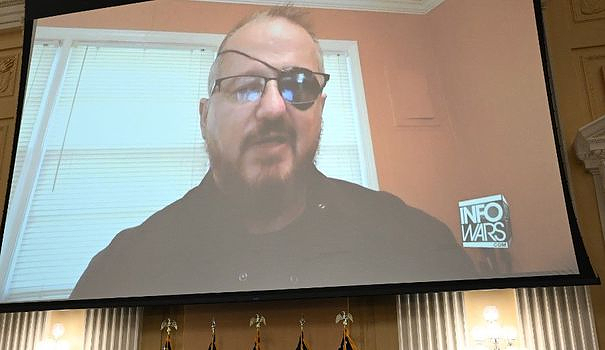 The founder of the Oath Keepers, Stewart Rhodes, and another member of this far-right militia, became the first participants in the storming of the Capitol on Tuesday to be convicted of "sedition". After two months of a very well-attended trial, the twelve jurors on the other hand dismissed this extremely rare charge, punishable by 20 years in prison, for three other members of this radical group. The five activists have also all been convicted of "obstructing official process" and will be sentenced in the spring of 2023.

The nuanced verdict, delivered after three days of deliberation, represents a victory for prosecutors who have been investigating the January 6, 2021 attack for nearly two years. That day, a crowd of supporters of Republican President Donald Trump had sown chaos in the seat of Congress, when elected officials certified the election of his Democratic rival Joe Biden to the White House. Since this coup, nearly 900 people have been arrested and more than 170 have received prison sentences, including the perpetrators of violence against the police. But, so far, no one had been convicted of "sedition".

This charge, which stems from a law passed after the Civil War to repress the last rebels in the south, involves having planned the use of force to oppose the government. The Ministry of Justice had not invoked it since 2010 – without success, the accused having taken refuge behind the first amendment.

Difficult to prove, it has been used very little: the last conviction for sedition was pronounced in 1998 against Islamist militants responsible for a bomb attack against the World Trade Center in New York five years earlier. It is "the most serious indictment" brought to date in one of 870 criminal cases arising from the extensive investigation into the attack on the Capitol, explains the ABC chain. The maximum penalty for this crime is twenty years in prison.

In the Oath Keepers trial, the defendants were not accused of seeking to overthrow the U.S. government – ​​prosecutors instead argued that their conduct fell within the conspiracy to oppose part of the law. authority of the government and to forcibly block the execution of laws. Prosecutor Matthew Graves, who oversees all criminal prosecutions, was pleased that his teams convinced the jurors. Their verdict "reaffirms the strength of our democracy and the institutions that protect it, including our judicial system," he said in a statement. It is "a victory for the rule of law," added Democrat Bennie Thompson and Republican Liz Cheney, who are leading the parliamentary inquiry to shed light on Donald Trump's role in the assault.

Stewart Rhodes' lawyer for his part said he was "disappointed" with the outcome of the trial which, according to him, "did not provide evidence of a plan to attack the Capitol". Prosecutors have shown, however, that Stewart Rhodes began to rally his troops early. “We are not going to get out of this without a civil war,” he wrote to them two days after the presidential election on encrypted messaging. In the following weeks, he said he spent thousands of dollars buying night vision devices, weapons and ammunition, and stored that arsenal in a hotel in suburban Washington.

On January 6, helmeted and dressed in combat gear, several members of the Oath Keepers had marched on the Capitol. Some had formed a column to break in and had turned back after receiving irritating gas. Others had entered its compound in military formation. Stewart Rhodes, a 57-year-old former soldier, had remained on the outside, but according to prosecutors, he had led his troops with a radio "like a general on the battlefield". On the witness stand, this tribune, recognizable by his black eye patch, denied "having planned" this attack and maintained that the "mission" of the Oath Keepers was to ensure the security of the demonstration called by Donald Trump to to denounce alleged "electoral fraud".

The trial was a major test of the Justice Department's ability to hold the Jan. 6 rioters accountable. The U.S. attorney general and federal investigators say the conviction of several members of the right-wing Oath Keepers militia for their role in the Jan. 6 uprising sends a message that attempts to undermine democracy will not be tolerated . According to Judge Amit Mehta, "If the American people are looking for an example of how our institutions work, how our democracy works, how our criminal justice system works, we have no better example than this case.

Democratic Rep. Jamie Raskin, a member of the House Jan. 6 select committee that investigated the insurgency, said the guilty verdicts of several Oath Keepers members showed the justice system was working. The verdict against Stewart Rhodes and the other conspirators previews the upcoming trial against Proud Boys' leader Enrique Tarrio, who pleaded guilty to "seditious conspiracy". If he did not participate in the attack on the Jan. 6, 2021 against the Capitol in Washington, due to an arrest, the 38-year-old Afro-Cuban American is accused of having led the preparations for the demonstration.Rhodes will meanwhile appeal, promised his lawyer.