Assassination of an Afghan refugee in Colmar: the investigation extended to arms trafficking

"The (investigating) judge is now also seized of these counts: acquisition, possession, transfer, without authorization, of one or more weapons and ammunition of caliber B, aggravated by the circumstance of the meeting", indicated in a communicated Catherine Sorita-Minard, the city prosecutor. 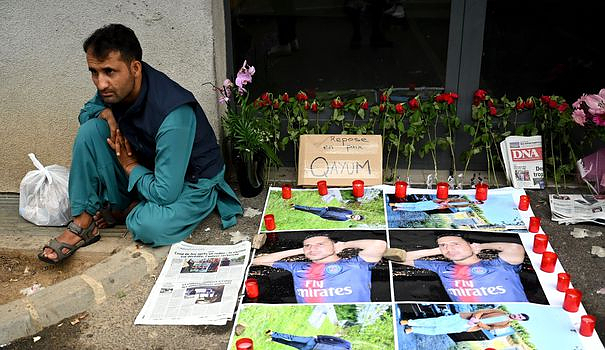 "The (investigating) judge is now also seized of these counts: acquisition, possession, transfer, without authorization, of one or more weapons and ammunition of caliber B, aggravated by the circumstance of the meeting", indicated in a communicated Catherine Sorita-Minard, the city prosecutor.

Two suspects were arrested in this case, one, suspected of being the alleged shooter, in Sarcelles (Val d'Oise) on Tuesday and the other, suspected of having supplied the weapon to the first, the following night in Colmar where he lived, 500 meters from the crime scene.

Their police custody continued on Thursday and the transfer of the two men could take place on Friday "for a possible indictment", said the prosecutor.

According to the Latest News from Alsace (DNA), the main suspect, who also resided in Colmar, already had, at the age of 17, a heavy criminal record, convicted six times for cases of theft, concealment, damage to property public and narcotics.

Visiting friends on August 14 in the Europe district of Colmar, a republican reconquest district (QRR) located west of the city, Abdul Quayyeem Ahmadzai, a 27-year-old Afghan refugee, in France since 2017, was killed with a bullet to the chest.

Bothered by the noise of a scooter while he was in the company of friends, he had asked the driver to move away. The latter had then insulted him before returning with other people. A brawl broke out between the two groups and a shot was fired.

The young Afghan died of his injuries in hospital the following night. The autopsy confirmed that he had been hit by a single bullet.

The alleged shooter and his accomplice went on the run for almost ten days until their arrest.

The prosecutor also clarified that three other arrests had taken place during the same police operation which had led to the arrest of the alleged accomplice of the shooter on the night of Tuesday to Wednesday in Colmar and not two as initially indicated by the prosecution. These arrests were however linked to another procedure and not to the assassination of the young Afghan, she specified.