Dolores Canavate from the PSOE has been asked by the Popular Party of Armilla to explain publicly the "humiliating treatment" and "lack of respect" that a member of the municipal candidacy has shown against a woman on the Armillero PP's social networks for "disagreeing with" him and his views. 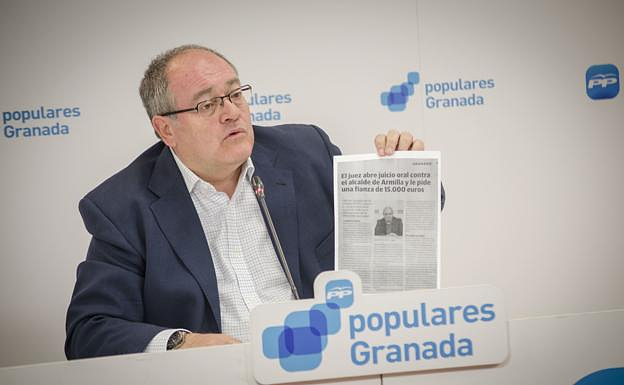 Dolores Canavate from the PSOE has been asked by the Popular Party of Armilla to explain publicly the "humiliating treatment" and "lack of respect" that a member of the municipal candidacy has shown against a woman on the Armillero PP's social networks for "disagreeing with" him and his views.

The socialist candidate replied to the "fucky" by blaming him for having removed from an opinion group any person who disagreed with his views and had posted it on the social network. The person affected criticized her for not respecting freedoms of expression and asked if the group was just for socialists.

"The socialist candidate's response to his opinion was a "fuck you" followed by emoticons laughing loudly," lamented Antonio Ayllon. Popular candidate for mayor of Armilla. He stated that "we don't allow or tolerate such comments and vexatious attitude in our social networks. The question is whether the PSOE under Dolores Canavate permits them>>.

Ayllon stated that neighbors want to know the socialist candidate's attitude in light of the actions and behavior of members of her list. Dolores Canavate, a strong defender for women's rights, did not hesitate to advertise against gender violence. Is it possible that you will also defend the woman who was insulted by a socialist candidate for her opinions? Is she going to lead a campaign for the defense of this woman? Antonio Ayllon has been raising.

Armilla's supporters wanted to make it clear that they "strongly condemned" the events and they transferred all of their support to the woman affected. They asked her to "continue their freedom to express their opinions and not be restricted by someone with such a lack of education and scruples."

‹ ›
Keywords:
ArmillaExigeExplicacionesCandidataPSOEInsultoMiembroListaEscribioMujer
Your comment has been forwarded to the administrator for approval.×
Warning! Will constitute a criminal offense, illegal, threatening, offensive, insulting and swearing, derogatory, defamatory, vulgar, pornographic, indecent, personality rights, damaging or similar nature in the nature of all kinds of financial content, legal, criminal and administrative responsibility for the content of the sender member / members are belong.
Related News