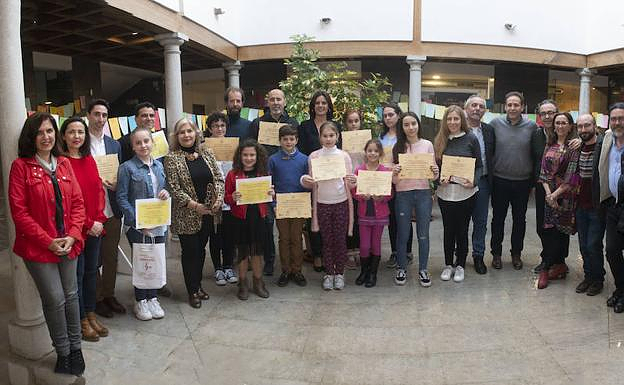 The Casa Garcia de Viedma de Armilla hosted the ceremony to award the third edition of the Athenea Short Story Contest. It was organized by the Department of Culture of the Armilla City Council. This activity took place in the context of Book Day events. Rafael Novoa Blanco, an Asturian, won the award for his story "El hypnotizador". Salvador Diaz Rodriguez from Granada won the second prize with his story Diogenes 2.0. Jairo Hidalgo Migranes won the first prize in the local area for his story 'Theory of Incoherence'.

Sergio Baena was the first deputy mayor. He congratulated all those who submitted stories to this third edition. Baena stated that Armilla is a landmark in the world culture. This is not only due to the amount of activities he does throughout the year but also because of how many local writers he has. The jury had to deal with a difficult task due to the sheer number of entries, but also the high quality of the works. The Initiative is designed to stimulate creativity and find new talent.

According to their age, the works submitted for this third edition can be divided into different categories. The four categories were Adults, Youth, Local, and Children. Mar Callejas, the Councilor for Culture of the Armilla City Council was the chairperson of the jury. Callejas stated that it was both exciting and satisfying to read the stories and to pick the first prize. Stories were received from Madrid, Barcelona and Zaragoza as well as Valencia, Valencia, Zaragoza, Lugo, Zaragoza and Valencia.

Claudia Gonzalez Arnaiz won the Youth category's first prize for her story, 'Beyond Memories'. Angela Torres Morales and Ana Alameda Valenzuela won the second and third prizes with their stories 'Asuntos clandestinas' and 'Emociones pending', respectively. Laura Gonzalez Arnaiz's story 'Desmemoria' won the Children's category the first prize. Gabi Lopez Callejas won second place for her story "Violeta" and Lucia Cardenas Soldan took third for "The Celestial handkerchief". Mar Callejas also praised the work of teachers, pointing out that the contest has seen students from schools within the Andalusian community take part in it, particularly the case of Granada school that sent 12 stories by its class.

‹ ›
Keywords:
ArmillaEntregaPremiosConcursoRelatoCortoAthenea
Your comment has been forwarded to the administrator for approval.×
Warning! Will constitute a criminal offense, illegal, threatening, offensive, insulting and swearing, derogatory, defamatory, vulgar, pornographic, indecent, personality rights, damaging or similar nature in the nature of all kinds of financial content, legal, criminal and administrative responsibility for the content of the sender member / members are belong.
Related News