Argentina: Messi announces that the World Cup in Qatar will "surely" be his last

"It's my last World Cup. 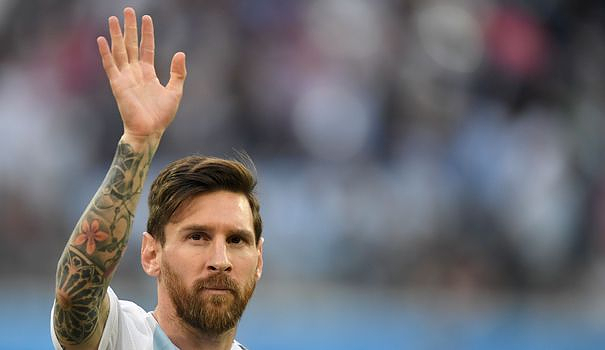 "It's my last World Cup. Yes, definitely. I feel good, physically, I was able to do a very good pre-season preparation, which I couldn't do the previous year" for his arrival at Paris Saint-Germain, said the 35-year-old Albiceleste captain.

This preparation "was fundamental to start better and arrive as I arrived, with a lot of motivation and enthusiasm", he continued.

During this interview in Paris, the former Barça star admitted that there was "anxiety, nervousness as the World Cup approaches. We can't wait to be there".

Regarding the Argentina team of coach Lionel Scaloni, Messi believes that it is currently in "a good time".

"Our team is very strong, but anything can happen. All matches are extremely difficult. It's not always the favorites who win and things don't always go as planned," he added.

Is Argentina one of the candidates for the supreme title according to him? "Argentina is always one of the favorites because of its history and what it represents. But we are not the only favorites, there are other teams that are superior to us", judged the "Pulga" .

Referring to post-football, he left the door open to any eventuality: "I'm not going to become a coach, but (Zinédine) Zidane had said the same thing before becoming one and then winning the Champions League" (with Real Madrid, editor's note).

Messi said he considers himself "a member of the group like the others", and praised Scaloni, "a very close person, who talks a lot with the player, who always tries to be there for what whatever," he said.

Scaloni "works for and through football, he loves what he does and he suffers a lot during matches. He deserves everything he has been through because it was not something easy for him... c He's the one who put everything in place," said the player.

The Argentinian also spoke about the romance he has with the supporters: "today people in Argentina are unconditional with me. I'm grateful to have lived what I lived and to have benefited from it ".

Finally, on his private life, he said he was "a very happy man". "Thank God, I have the chance to do what I dream of, to do it since I was a child. I have a wonderful family and friends," he said.