Archaeologists uncover the ancient city Bayra that was buried by an earthquake in 1518.

The University of Granada's "Production, Exchange and Materiality" Research Group has revealed a part of the ancient city of Bayra, Vera, that was devastated by an earthquake in 1518. 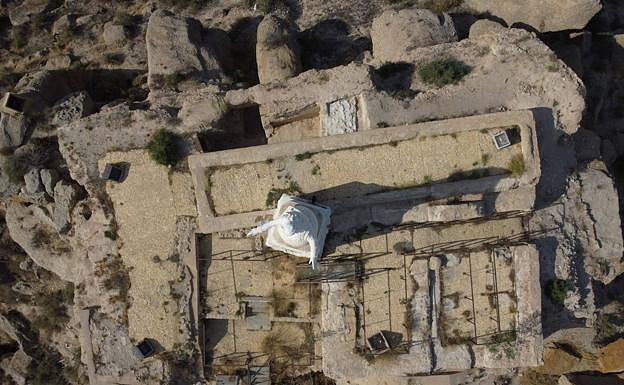 The University of Granada's "Production, Exchange and Materiality" Research Group has revealed a part of the ancient city of Bayra, Vera, that was devastated by an earthquake in 1518.

The PRINMA team's activity has allowed us to gather unique information that will allow us to discover how Bayra residents lived over 500 years ago in a border region of the Nasrid Kingdom and what the real consequences of the devastating earthquake.

A part of the citadel's structures were discovered by the research team. This includes its entrance. Other complexes within the domestic sphere are also being examined. Some wall sections from the excavated dwellings exceed two meters in height. While the study is ongoing, laboratory and cabinet work are being developed.

Five archaeological surveys were conducted at various points on the hill during excavation. The intervention was conducted under the supervision of Alberto Garcia Porras, professor of Medieval History and Historiographic Sciences and Techniques, and Moises Alonso Valladares (archaeologist and doctoral candidate from UGR). Carmen Sanchez Castillo and Nicolas Losilla Martinez provided technical support. We must also mention the contributions of many volunteers from all over the country, as well the presence of UGR students who were able to do their final degree practicum there.

‹ ›
Keywords:
CiudadAntiguaTerremotoArqueologosSacanBayraSepultada1518
Your comment has been forwarded to the administrator for approval.×
Warning! Will constitute a criminal offense, illegal, threatening, offensive, insulting and swearing, derogatory, defamatory, vulgar, pornographic, indecent, personality rights, damaging or similar nature in the nature of all kinds of financial content, legal, criminal and administrative responsibility for the content of the sender member / members are belong.
Related News