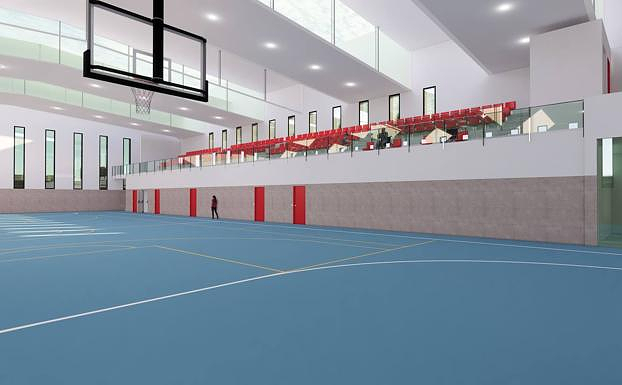 Yesterday's plenary session of El Ejido's City Council approved in an ordinary session a deal between the City Council of El Ejido (and the Provincial Council of Almeria) for financing, contracting, and execution of works to build a Sports Complex and Pavilion in Ejido Norte. Vox voted against the agreement, which they considered to be "dubious regularity".

To complement the existing infrastructures in El Ejido (such as Santa Maria del Aguila, Balerma and Las Norias), two infrastructures would be built. These infrastructures are intended to practice sports and respond to the low increase in clubs in the municipality.

According to the data from the Municipal Sports Institute, this means that El Ejido's sports facilities are used on average for 15,000 hours per week.

These facilities have been discussed for years. They are located due to the recent population growth in both Almerimar (and Ejido Norte), which has led to the need to provide facilities that allow residents to exercise in their own areas.

Francisco Gongora (the mayor) estimated that the Ejido Norte pavilion will cost ten million Euros. This agreement was approved by the provincial institution.

The project in Ejido Norte also includes a track, stands, and sports halls. As confirmed by the first mayor, this pavilion will be located in the vicinity of Mercadona.

The new Complex in Almerimar will feature an "artificial grass soccer field, with a pavilion in terms size, a weight area, a room to directed activities, and other facilities not only for the Almerimar population, but also for tourists who visit us," said the municipal head.

Angel Escobar, vice president, stated that the Diputacion was a model in helping to develop sports infrastructure in the provinces, just as El Ejido. He also stressed that 2.5 million euros will be contributed by the Diputacion through this collaboration agreement.

The Almerimar Sports Complex will be used to train and compete in federative sports at all levels. A Sports and Multiple Use Center (SMU) will also be established in Ejido Norte, with the goal of maintaining the Institute's philosophy. The model of the Municipal Sports Council of El Ejido is based on two elements, such as sport and health.

‹ ›
Keywords:
AprobadoConvenioConsistorioDiputacionNuevosPabellones
Your comment has been forwarded to the administrator for approval.×
Warning! Will constitute a criminal offense, illegal, threatening, offensive, insulting and swearing, derogatory, defamatory, vulgar, pornographic, indecent, personality rights, damaging or similar nature in the nature of all kinds of financial content, legal, criminal and administrative responsibility for the content of the sender member / members are belong.
Related News