Appointed British Prime Minister, Rishi Sunak promises "stability and unity" in the face of the crisis

At 42, this extremely wealthy ex-banker with a typical career path of the British elite becomes the youngest head of government in the contemporary history of the United Kingdom. 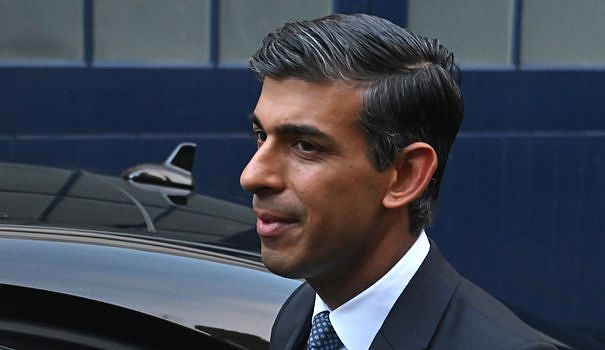 At 42, this extremely wealthy ex-banker with a typical career path of the British elite becomes the youngest head of government in the contemporary history of the United Kingdom. But also the first of Indian origin, his grandparents having lived in Punjab, a region of northern India, before the independence -in 1947- of this country.

A big favourite, he won after the resignation of former Prime Minister Boris Johnson and the failure of his opponent Penny Mordaunt to qualify, after a flash campaign triggered by the resignation of Liz Truss, victim after 44 days in office from the financial storm caused by his plans for unfunded tax cuts.

"We need stability and unity and bringing the party and the country together will be my top priority," Rishi Sunak said in a brief address after his win.

"It is the greatest privilege of my life to serve the party I love and in turn give back to the country to which I owe so much," he added, promising to serve with "integrity and humility."

In a closed-door meeting in the wake of his success, the slender-looking, ever-impeccably-suited ex-minister urged the Tories to “unite” or risk “dying” two years from the forthcoming legislative elections, reported participants in this meeting.

His candidacy being the only one to have reached - with an overwhelming lead - the threshold of 100 sponsorships of deputies of the conservative majority, Rishi Sunak obtains the leadership of the party.

As the Conservatives have a majority in the House of Commons, Mr. Sunak will be instructed by King Charles III to form a new government, probably on Tuesday. A first for the new sovereign, who acceded to the throne on September 8 with the death of his mother Elizabeth II.

- Reassuring for the markets -

Unlucky candidate this summer against Liz Truss, Rishi Sunak will be the fifth Prime Minister since the Brexit referendum of 2016, which opened a long chapter of unprecedented economic and political turbulence in the United Kingdom. He is the third leader of the party in two months, a period of unprecedented instability, at the head of a majority in the grip of heartbreak after 12 years in power.

His coming to power is "a great moment" for issues of ethnic diversity in the United Kingdom, noted for his part political scientist Anand Menon on the BBC, noting "the little commentary" on this subject". In a way, it's something that we have normalized".

Indian Prime Minister Narendra Modi, who addressed his "warmest congratulations" to his future British counterpart, welcomed in this respect the existence of this "living bridge" with his country which the Indians of the United Kingdom constitute. United, at a time when "we are transforming our historic ties into a modern partnership".

Rishi Sunak, a guardian of budgetary orthodoxy, has seduced a large part of his camp and will come to power in the midst of an economic and social crisis, with inflation of more than 10% and strikes which are multiplying.

On Monday, around 30 environmental activists and opponents of energy poverty briefly occupied the lobby of Parliament to demand taxes on business profits to help households.

The situation has continued to deteriorate in recent months with successive upheavals. It was further aggravated by the mistakes of Liz Truss which destabilized the markets and caused the pound to fall.

Mr. Sunak, who had crushed the economic plan of Liz Truss this summer, appears to be a reassuring figure for the markets, which experienced a stabilization of the pound sterling on Monday.

Failing to have managed to collect 100 sponsorships, his opponent, the Minister for Relations with Parliament Penny Mordaunt, 49, is eliminated.

The 170,000 members of the Conservative Party thus do not have to be consulted.

"The Tories crowned Rishi Sunak Prime Minister without him saying a single word about how he would run the country and without anyone having the slightest chance of voting," denounced Ms. Angela Rayner, the number two of the Labor opposition. Labour, leading in the polls, is calling for early elections.

In a spectacular reversal, former Prime Minister Boris Johnson gave up on Sunday evening to run, due to divisions within the majority.

Boris Johnson, 58, nevertheless said he was convinced that he would have had, if he had chosen to be a candidate, "a good chance (...) to return to Downing Street". He announced his resignation in July, cornered by dozens of resignations in his government, including that of Mr. Sunak